Having trouble keeping up with all the gaming news flying off the RGM news desk? Don’t worry, so am I. To help you stay up to date with the big news stories from throughout the week we have put together a brief re-cap of the stories we know you will want to the news about.

This week’s top topics are:

To begin with this week we have:

Xbox One and PS4 Almost Tie in November NPD

The results of November’s console sales are in and it was a close fight. Both Microsoft and Sony had insane deals for customers over Black Friday, with a variety of older and newer models available. 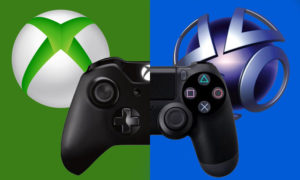 With the launch of the PS4 Pro, total PS4 sales across all models reached 1.1 million for the month of November, slightly down year-over-year but still indicative of an extremely healthy brand. In addition, PSVR sold around 68,000 units over November. Xbox had 1 million units sell throughout November, competing impressively despite the launch of the PS4 Pro, though again down slightly year-over-year. These numbers were reported by Windows Central.

With both brands selling this well leading into the holidays, Microsoft and Sony should expect further fantastic results over December. There has been strong positive consumer reaction to the Xbox One S and PS4 Pro, so it will be interesting to see how Microsoft’s eagerly awaited high-end Project Scorpio will shift the console sales landscape. Regardless, it’s great to see the console market continue to thrive as new iterations are introduced to the ecosystem.

We appear to have some more concrete details on the long-awaited Crackdown 3. Microsoft Studios art director Dave Johnson confirmed during an Extra Life charity stream that Crackdown 3 would be coming to Xbox One and PC by Holiday 2017, or even earlier. He also stated that it would be supporting native 4K on the upcoming Project Scorpio. There was no mention of HDR support but hopefully we can get confirmation of that before the game launches. 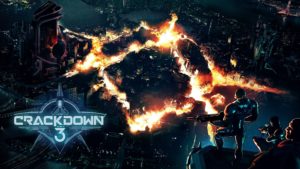 4K, 4K support and other similar terms have been tossed around frequently by different game developers, sometimes referring to using a checkerboard render or upscaling from a resolution slightly lower than 2160×3840. Crackdown 3 has a lot to live up to, promising a completely destroyable open-world city for players to wreak havoc in, with the rendering being supported by Microsoft’s Cloud infrastructure. If it can maintain this promise while also delivering full native 4K on project Scorpio, it’s sure to be a showpiece title for Xbox next year.

Get your downloads on peeps! Lost Odyssey, the well revered epic RPG on Xbox 360, is now available digitally via the Xbox Live store and is currently FREE to download for to play on Xbox One!!!!!

Major Nelson has, literally, just revealed on Twitter and via his blog that both RPGs Blue Dragon and Lost Odyssey have now been made available to purchase from the Xbox Live store. They had both been previously only available in disc format.

Lost Odyssey has been made free for everyone until December 31st to celebrate the one year anniversary of backwards compatibility and the scheme achieving over 300 titles.

Both of the games were really well received and were part of a great series of Japanese style RPG games; which included The Last Remnant and Infinite Undiscovery. Blue Dragon and Lost Odyssey are already a part of the backwards compatibility scheme for Xbox One.

You can download Lost Odyssey for free via this link here.

Are you psyched to see these games made available online? How awesome is free? Let us know in the comments below or on the RGM Forums.

Just for the LOLZ:

Man spends $1m he stole from work on Game of War

Before I start, let’s get one thing straight. Love it, hate it, never tried it – it doesn’t matter – Game of War is something of a mobile gaming phenomenon, and there’s no denying that. With the clout to pay for advertising featuring the likes of Mariah Carey and Kate Upton and to advertise during the Super Bowl, you have to have some heavy hitting financial power.

It’s not surprising however when you find out that players spend on average $550 a year playing Game of War buying crates of gold. That’s a staggering amount of money on a mobile game, however when you realize it’s an average of players spending habits there are some people out there who have more money than sense. Either that, or someone has skewed the numbers by embezzling a load of money from their work and spending an absolute fortune on it using company credit cards. 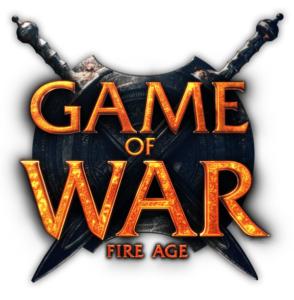 No seriously, after stealing $4.8m from his employer, Mr Kevin Lee Co from Sacramento, California spent the embezzled cash on luxury cars, season tickets to the San Francisco 49ers and Sacramento Kings as well as plastic surgery, golf course membership and home furniture, according to a copy of the plea agreement on Ars Technica.

But as if that wasn’t enough, the somewhat devoted fan of Game of War spent approximately $1,000,000 on the highest grossing mobile game in the world, helping in quite a way to make it that way. You never know, Mr Co’s $1m investment in Game of War may have contributed in some way to this Superbowl advert:

So if that’s the case Mr Co, if you helped to fund the above advert and any other advertising featuring Kate Upton (one of my 5…) then sir, enjoy your maximum 20 years in prison, and start saving that $250,000 maximum fine and do it knowing that you helped in an indirect and probably insignificant way to make Kate Upton dress up as Athena.

Have you ever spent a ridiculous amount on a mobile game? Or any game for that matter? Was it money well spent or did you regret getting that Farmville upgrade? Let us know in the comments below, the RGM Forums or on Twitter. If you like what you’ve read then feel free to share this article on Facebook, Twitter, Google+, Pintrest or Reddit using the buttons available!

Wrapping up this week we have:

When it comes to CD Projekt Red, any project of theirs rises to the top of the hype meter for many gamers out there who love what they did with the Witcher series. Now that their work with Witcher 3 has concluded, they move onto their latest project, Cyberpunk 2077. The sci-fi RPG game has had very little revealed about it, with the only exception being assorted interviews and a CG trailer from 2013. However, passengers on the hype train may be able to rejoice, for the possible release for the game may have been leaked. 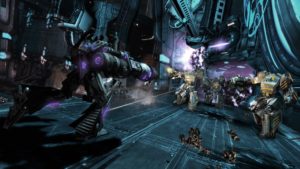 A Swedish-based technological product store recently updated their page for CP 2077 (it had been previously blank) to include the release date September 30th, 2017. Now, this has, by no means, been confirmed by CDPR, but considering the wider array of devs working on the project currently, it isn’t exactly impossible to think that the game will be upon us within a year. That doesn’t mean a delay wouldn’t happen (Witcher 3 got delayed more than once), but the possibility is certainly there.

There was also a listing for the game that stated it will be available February 2nd, implying that there may either be an in-depth reveal of the game or an open beta that players will be able access.

For now, we wait patiently on the hype train for CD to either confirm or deny this release date so that we continue to anticipate another amazing product from the talented development team.

Do you think this release date is legitimate/realistic? What do you hope to see in Cyberpunk 2077 (maybe even some mechanics from Witcher?) Let us know in the comments below!

So, there you have it, a wrap up of some of the interesting items that landed on the RGM news desk this week.