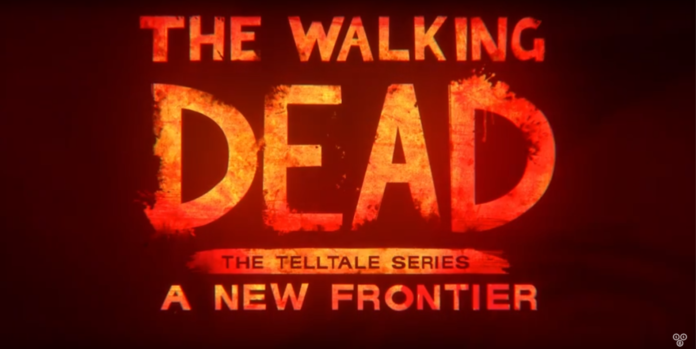 Welcome to Goosebump City – population…scarce I suppose due to the zombie apocalypse. The latest extended trailer for The Walking Dead: A New Frontier has been released by Telltale Games and it is a great look into one of the main characters from the game – Javier.

The trailer shows the beginnings of the walker plague for Javier, showing that some kind of panic had already started with Javier stating that he had to leave his car and “traffic was backed up for miles” showing the expected mass migration of people that would have occurred in the early days of a zombie apocalypse.

You go on to learn that Javier’s father (I’m guessing father) has died, but that his niece said he was awake. Now we all know what this means, but alas these poor people didn’t. Cue an old zombie going balls out for anyone he could reach, taking a bite out of his old lady in the process.

Clearly just a bit of backstory for the character and his first experienced with the walkers, as the trailer returns to the “present” day and Javier walking with a now very familiar face. Check the extended first look out below.

The Walking Dead: A New Frontier will be available from December 20, on PC, PS4 and Xbox One and you can pre-order here.

Are you looking forward to the third major installment in Clementine’s Walking Dead story? What major decisions did you make in the first 2 seasons? Let us know in the comments below, the RGM Forums or on Twitter. If you like what you’ve read then feel free to share this article on Facebook, Twitter, Google+, Pintrest or Reddit using the buttons available!