So we have finally reached the end of the first half of Season 7 of The Walking Dead, with the episode “Hearts Still Beating”. After a few lackluster episodes, I was putting a lot of stock into the mid-season finale being better than we’ve had recently and fortunately, it was, and by a long way.

This episode was The Walking Dead back to its best, with some story-arcs being tied up and others moved on significantly, perhaps the best one being Daryl’s incarceration within the Saviors compound coming to and end thanks to a note and key from persons unknown. This was perhaps the most emotional story of the entire episode, with Daryl saying next to nothing on his way out of the Sanctuary as he made his way to Dwights apartment, helping himself to some clothes and peanut butter (man did he enjoy that peanut butter), smashing up his carved models in the process, before beating the life out of Fat Joey and taking back Rick’s Colt Python, which is when Jesus came in and they rode out of Sanctuary. The emotional part coming when Rick and some others made it up to The Hilltop at the end of the episode, leading to a man-hug between Daryl and Rick, in which Daryl started to cry as they embraced. It looked a little this this: 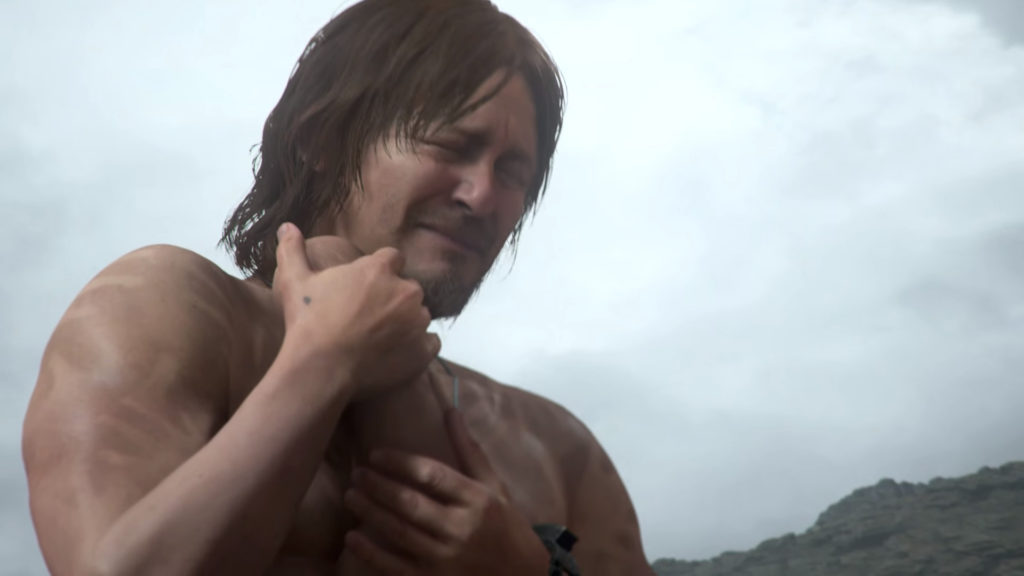 Just with more clothes and swap the baby for Rick.

Still we move on. Jeffrey Dean Morgan again stole the show as Negan, with his smiling assassin style being at the forefront of pretty much everything he did, from showing Carl how to shave to making spaghetti for himself, Carl, Olivia and Rick – but with Rick being absent (remember the house boat from last week?), he got impatient and clearly hungry so tucked in. I know this feeling well, when I cook something I want to eat it while it’s hot dammit.

Spencer did his best to be a slimey, sniveling, conniving bastard by trying to cosy up to Negan with some alcohol and a game of pool in the street. Before telling Negan that Rick doesn’t “play well with others” including his family who all died shortly after turning up. I suspected that Negan would rather people be straight than trying to sneak around and back-stab, and I was right. No sooner had Spencer told him that Rick wasn’t the right man to have in charge here, had Negan told him straight, that Rick hated him but was still out there doing what he could for the Saviors so that the people in Alexandria would live and that it took courage. Whereas, Spencer is there while Rick’s gone, talking about taking over instead of just killing Rick and doing it – and that he’s go no guts. Promptly before gutting Spencer and letting his guts spill out on the floor – “How embarrassing. There they are, they were inside you the whole time. You DID have guts. I’ve never been so wrong in my whole life!” Negan said with his usual aplomb before being shot at by Rosita…

Yep, Rosita the silly cow decided then and there would be the best chance to kill Negan, while there were dozens of his men all around as well. She shot at him, but ended up shooting poor old Lucille, prompting rage from Negan who upon inspection of the bullet, saw that it was “home-made” and demanded to know who made it. After a Spartacus-esque “I made it” bit from Rosita and Tara (the former of which then caused Negan to know she was lying before asking Arat (one of the Saviors) to kill “someone” – that someone, being Olivia who was on Rick’s porch.

This was all poor old Eugene could take though, after Tara saying it was her, he broke down admitting it was him before trembling in front of Negan reciting the recipe for bullets – and that was it, Eugene was to be taken with the Saviors.

We also visited The Kingdom briefly in this episode, or more specifically Carol who was living the good life in her cottage, when Morgan had dropped some supplies off to her. She was a bit rankled at this as Ezekiel has been doing so as well. After this, Richard (one of Ezekiels top men, who was involved in a fight with one of the Saviors in a previous episode) came in as well, asking for their help in convincing Exekiel to attack the Saviors before they break their agreement and attack them. After Carol and Morgan refused, Richard left to a hidden trailer before crying and throwing an empty bottle.

We also saw some of Maggie, Sasha and Enid in the Hilltop, who were making themselves at home with Maggie proving to be a massively popular figure with the residents there. Not much else happened there unfortunately, apart from Gregory appearing to be less popular by the day.

We also saw the end of the small side-quest (you know what I mean) of Rick and Aaron, who had found the deserted house-boat with the hopes of supplies inside, surrounded by a moat of walkers. Their only means of access was a bullet-ridden row-boat, which they had to use. After making it about half-way across they found themselves surrounded by walkers, who were trying to climb into the boat before Aaron was dragged under. Although unscathed, it did feel like one of those moments that would spring a surprise death in the series. After making it to the house-boat, they discovered a final note reading, “Congrats for winning, but you still lose” – for whatever reason, Aaron decided to take this along with him when they took the supplies back to Alexandria. Before they left where the boat was however, you saw someone in an old pair of boots spying on them from afar…

This would prove to be an ultimately stupid move, as the Saviors were waiting for them in Alexandria, and they discovered the note believing it to have been left by Aaron – who they resoundingly beat, but didn’t kill.

Michonne was also out there knocking about with the Savior that she kidnapped, who led her to an area where seemingly hundreds of Saviors were gathered in the distance. The Savior in the car with Michonne (Isabelle) told her that fighting them would be pointless, and that they would never win. Before telling her to dispose of the car and shoot her with the silencer that was in the car.

When Michonne got back to Alexandria, all the prior events had gone down, including Spencer and Olivia’s deaths, with her telling Rick that there are even more Saviors than they thought, but that fighting is still what should be done. In a complete contrast to the start of the season, Rick responded “I know that now.”. Interestingly enough, this conversation happened in the cell that Morgan was starting to make when the Wolverines had attacked Alexandria…

The ended with Rick, Michonne, Carl, Rosita and Tara going to the Hilltop to see Maggie whilst being reunited with Daryl. Rick admitted that Maggie was right, and that they need to be ready to fight Negan.

There was a post-credit’s scene, showing Gabriel keeping watch at Alexandria. before the same boot-clad person was spying on the settlement, clearly the same person who had spied on Rick and Aaron at the house-boat.

How do you think The Walking Dead signed off until February? Who do you think the person in the boots is? Who will Negan kill next? Let us know in the comments below, the RGM Forums or on Twitter. If you like what you’ve read then feel free to share this article on Facebook, Twitter, Google+, Pintrest or Reddit using the buttons available!