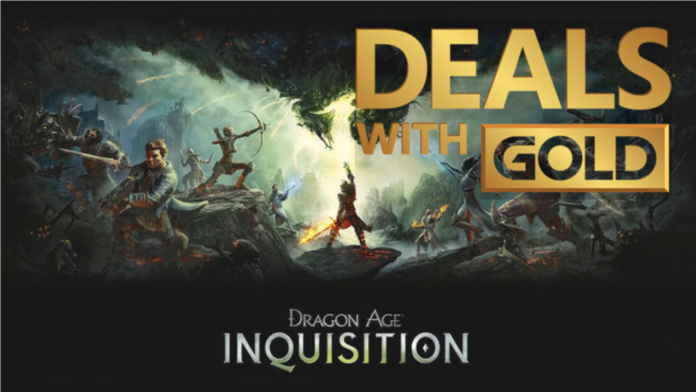 It may well have been Christmas, but that doesn’t mean the deals stop! Major Nelson announced on Boxing Day this week’s deals with gold. You may have missed these deals as there are also the Xbox Countdown Christmas sale happening as well so be sure to check out these deals too.

This week’s RGM Recommendation is Dragon Age: Inquisition Game of the Year Edition. Not only does the bundle include the excellent third game in the critically-acclaimed Dragon Age series but it also includes all the major expansions that have released for the game so far.  A great game for a great price. If you are a member of EA Access you will know that you already have access to the complete game, but even then, the DLC price is more than the asking price for the GOTY edition, so fill yer’ boots.

Winner of over 130 Game of the Year awards, discover the definitive Dragon Age: Inquisition experience. The Game of the Year Edition includes the critically acclaimed game, official add-ons – Jaws of Hakkon, The Descent, and Trespasser – and added features.

These deals are valid from December 27th until January 2nd 2017.