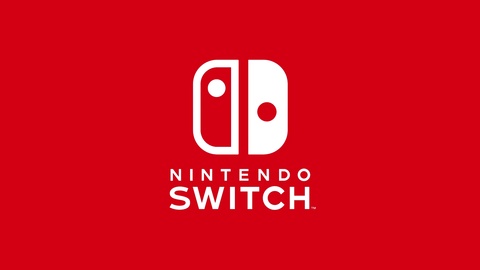 2016 was a crazy year for the world but, with all the mayhem in the real world gamer’s were lucky enough to get many amazing games. So just how was 2016 for the gamers?

Hold your breath ladies in gentlemen, today we tackle Nintendo’s 2016.

Oh boy, 2016 was a bit of a rough mix for Nintendo. 2016 for Nintendo was like watching Rocky, in the rounds before he knocks out the other boxer. Nintendo took hit after hit and through it all, none of its fans truly knew if Nintendo was going to be able to survive another round. But, somehow someway as Nintendo always does they managed to survive another year and offer a series of knockout punches of their own, just when we all counted them down for good. 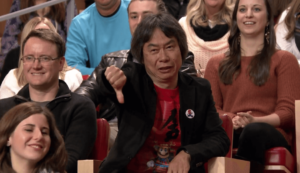 Let’s take a moment to focus on what hurt Nintendo the most this year, the Wii U. Since its inception the Wii U has caused much confusion and disappointment for Nintendo fans. Coming off the mountain top of the Wii, Nintendo released a new console with a name that confused consumers and gimmicks that limited the quality of its games. 2016 was the stoutest example of the Wii U struggles. The console continued to sell poorly but still never dropped in price,  even as its production officially ended in November. The console’s biggest 1st party game’s this year were a Star Fox that struggled to function with its motions controls and a Metroid game not featuring Samus.

The Wii U in 2016 was an example of everything that the company did wrong. There was no third-party support, virtual console was limited and still charged for games you have bought before, it was the weakest console in the generation and couldn’t back up the lack of power with original or worthwhile exclusives, and it failed to sell. Proof that the Wii U was the worst part of 2016 for Nintendo? The two biggest stories for Nintendo in the past year were about its next console and a Pokémon game not on the console. Sadly the best part about the Wii U’s 2016 campaign for Nintendo is that it’s finally over. With a Zelda release set to be the console’s nail in the coffin, the Wii U swan song will go out with a whimper.

From the worst to the best now for Nintendo. The mobile focus for the company that built video game mascots was a bit late but, once they arrived Nintendo showed us all they are still king. Whether it was Pokémon Go taking over the world, or Mario Run being featured on the Apple stage for a partnership reveal, the foray into mobile for Nintendo paid off.

Parents, children, the young, and the old all jumped in on the Pokémon craze this past year. While the more informed gamer will know that it was The Pokémon Company that truly gained the most monetary success from the game, Nintendo was able to capture a much-needed limelight. In the eye of the public, from the most casual gamers to the hardcore, all of us remembered our friend Nintendo from our childhood and were happy to add them on to our phones.

This is Nintendo’s biggest strength, the power of nostalgia. Now more then ever with the N64 generation coming into the work force and having disposal income for the first time, Nintendo is hitting us right in the depths of our favorite childhood memories. For the older generation it released the NES Classic console, and while it handled the ability to order the console and the oddly short controller length poorly, it sold out everywhere. Pokémon Go was such a success because they didn’t use the Pokémon from X and Y or Sun and Moon but because they sent out the original 150 that we grew up on. That nostalgia reminded us why we loved Pokémon so much and showed the new generation why the should invest in the product bolstering the strongest sales of a new Pokémon title with Sun and Moon in years. 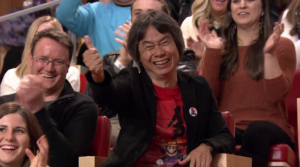 Pokémon Go and Mario Maker did their best to distract consumers from a 2016 full of cracks for Nintendo. Financial failure hurt the company as its stock continued to drop, the company was forced to sell its majority stake in the Seattle Mariners, and even with the cancellation of production on the Wii U, the console would continue to hemorrhage money from the company.

Nintendo left its fans frustrated as it seemingly ignored Metroid’s 30th anniversary, F-Zero was nowhere to be seen, Star-Fox failed to succeed, and a proper Zelda was delayed into 2017. Out of all the failure, Nintendo’s largest adversary was its own plans for 2017.

The Switch reveal took far too long for Nintendo. They released patent after patent but no proper information as third parties had to literally create fake labels for the console because they had such little information. By the time the Switch was revealed, it was a moment of excitement but more of a sigh of relief. This lack of information on the Switch led to an E3 where Nintendo showed one game for the shows entirety. While Zelda Breath of the Wild looks astonishing, even Zelda should not be forced to carry an entire E3 just because Nintendo wanted to wait an additional 4 months to reveal its mystery console. Even with the reveal, we were shown essentially what we already knew thanks to the patents, we are still waiting to learn everything about the Switch until this January 12th another 3 months after the reveal trailer.

The focus on the future and seemingly nothing else for Nintendo is what really made this year such a double-edged sword. On one hand, Nintendo is finally back in the spotlight to gamers and non-gamers alike, and for good reason. But on the other hand, if the Nintendo Switch fails then it is officially over for Nintendo in hardware, and there is no way around that. 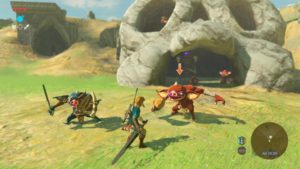 In terms of whether the year was a success of a failure for Nintendo, it is difficult to tip the scales in either direction. But, overall Nintendo took a few more hits than it was able to give out.

The Nintendo we knew failed in 2016, its console was left out to die, classic franchises were all but ignored, the company itself was happy to push the year under the rug.

But the Nintendo we now know succeeded, its focus on mobile and nostalgia pushed the company back to the spotlight that it hasn’t seen since the success of the Wii with appearances on Jimmy Fallon and Apples’s stage. Its 2017 plans look to be the year to rebound with the first Zelda to innovate from the industry trends rather than creating its own, and the Nintendo Switch, if it succeeds, could push Nintendo back to the top, or at least off the floor.

2017 for Nintendo will prove if it was all worth it in the end. We all want Nintendo to succeed and give us many more decades of its creativity and innovation but is it too late?

What do you think of Nintendo’s 2016? What are you most looking forward to from Nintendo? Let us know in the comments below, on the RGM Forums, or over on our Twitter.