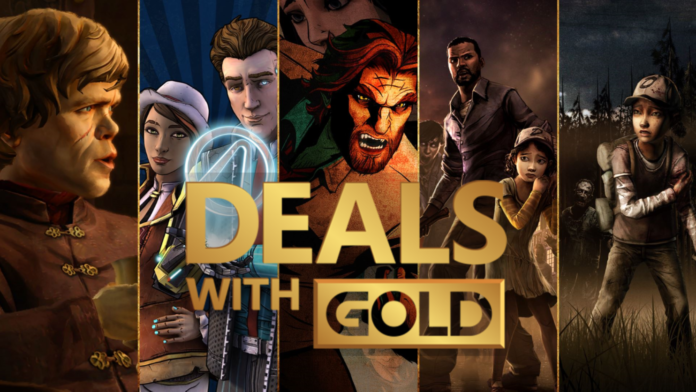 2017 has officially begun and the deals on Xbox Live never stop! Major Nelson has revealed this weeks Deals with Gold and Spotlight deals for your consideration. Compared to the last two weeks where we saw the ‘Countdown’ deals as well as the Deals with Gold you’d be forgiven for thinking that the deals are a bit sparse this week but they’ve got to have a breather. Plus, there’s still some great deals going on here.

This week’s RGM Recommendation is without a shadow of a doubt The Telltale Collection. This collection brings together five of the best of the Telltale interactive storytelling games to ever release, in an awesome, well-priced package. The bundle is normally priced at $109.99 but this week you get all five games (around 50+ hours gameplay) for under $37!!!! In fact, even if you don’t have gold, it’s still cheaper to sign up and get the deal then buying it out right. In the collection you get the following five games:

These deals are valid from January 3rd until January 9th 2017.