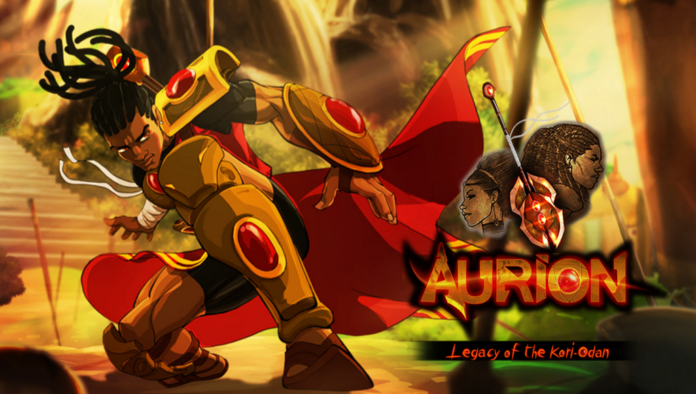 I started playing Aurion: Legacy of Kori-Odan, not really knowing what to expect. I’d watched the trailer, but not much else – I wanted to go into the game fresh and with my perspective as wide as possible in order to give it a proper analysis, untainted by other external factors.

I’m glad I took this approach with Aurion, as it’s pretty unique considering it sits in the action-RPG genre of games. This in itself is quite the achievement in a genre that is at risk of being over saturated. Aurion is only available on the PC through Steam and was developed by Yaoundé, Cameroon based developers Kiro’o Games after a successful Kickstarter campaign raised an additional €49,000 to help finish the production off. Alas, they didn’t reach their stretch goals to develop the game for PS4 or for further language support (Spanish and German), but with so many failures on Kickstarter this is still a massive win.

Before I really get into the meat and bones of this review, it’s also worth adding this: the staff at Kiro’o Games are entirely self-taught and they are the first video games developer to come from Central Africa, so no matter what they deserve a lot of praise for creating a stunningly beautiful game that brings the untapped potential of African mythology into the video games arena, if nothing else Aurion is a breath of fresh air in an industry that has a penchant for regurgitating the same old, same old year after year. 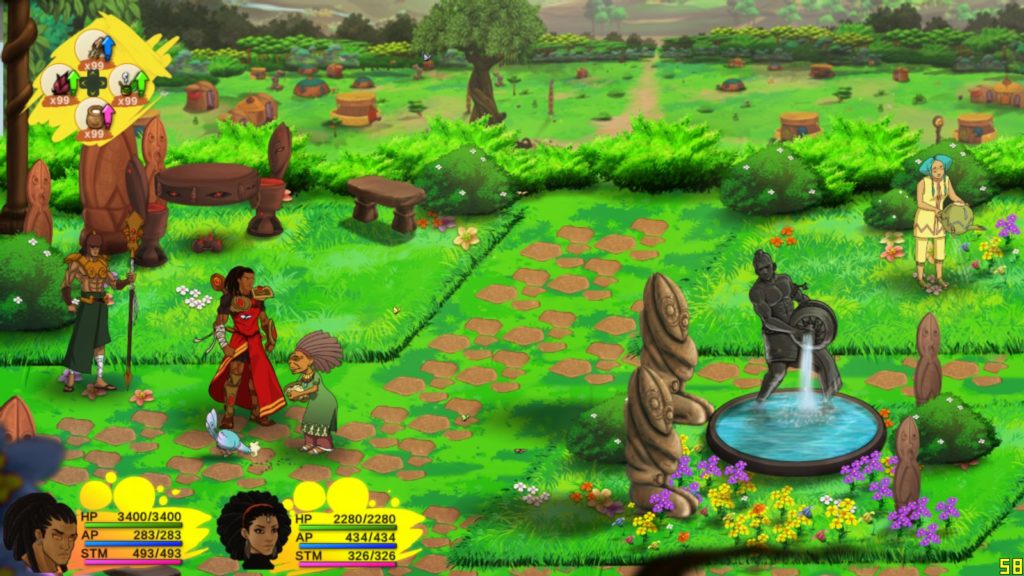 The story is definitely an intriguing one, especially if you have an interest in different cultures from around the world, set on the planet Auriona, Aurion is based upon some of the various cultures and folklores from Africa intertwined into the game I sat down to play. Without a doubt though, if you didn’t know this you would think that the game was set in some of the more plush areas of Africa, albeit perhaps a fictitious country. You play the game as Enzo Kori-Odan, a prince about to be crowned the king of Zama, the land in which you inhabit. Not only this, but you’re about to get married to your beau, Erine on the same day. These Zaman’s don’t like doing things by half do they?

In any case, on this, the biggest day in this young couple’s lives all hell breaks loose as firstly their village is raided by a group of pigmy’s who basically are there to show you how to fight in the game, before pretty much immediately being attacked by a group of fierce fighters led by your soon-to-be brother-in-law who feels that he should be the rightful king of Zama thanks to his strength. Unfortunately your guards and soldiers are overwhelmed, so it is up to you as the new king to defend your lands.

After fighting through the soldiers, your combat master Nama Yode runs through the village to help you finish off the last of the soldiers outside before fending off reinforcements so that you can focus on the wife’s brother. I mean, I know some families don’t like the in-law’s, but attacking a village, ruining your wedding day and your first day in a new job is just out of order man, this guy is a proper antagonist! 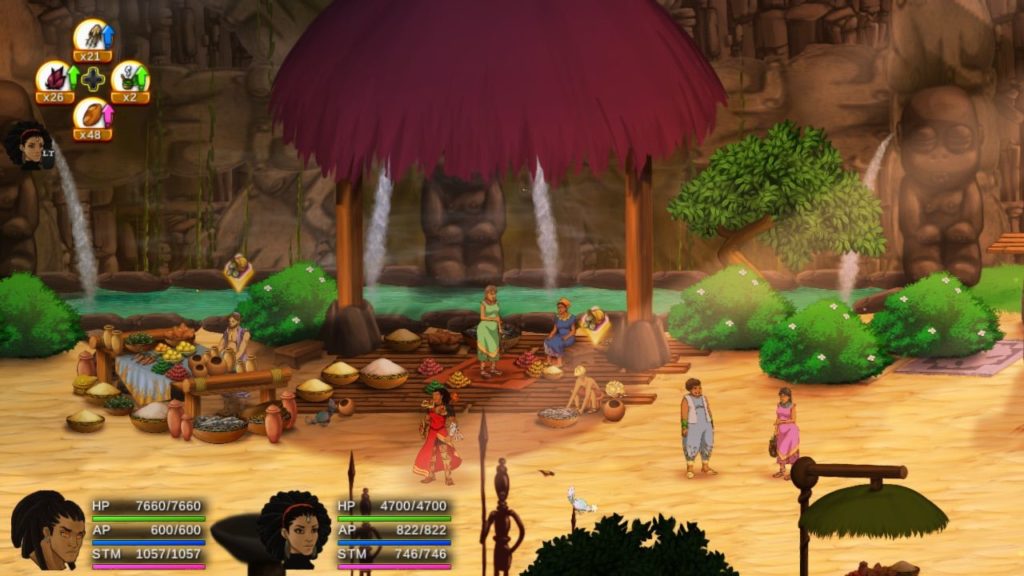 Suffice to say very early on you have a boss battle against said brother-in-law (Ngarba Evou) which is actually quite hard, especially if you’re not used to this kind of game and I felt perhaps this was thrown in a little too early. I’ll move onto that shortly though, so after your boss battle, Enzo passes out, only to wake in a strange place with your new wife with no knowledge of how you got there…

I won’t continue with any more of the story of the game, as you should really play it to find out for yourself, but the story develops, expands and is a very rewarding experience if you pay attention to it – I know some players skip through the dialogue but it’s really worth reading through to add that extra layer of immersion to the game.

I would say though, that I would have preferred a better introduction to the combat in Aurion. The game’s narrative alludes to Nama Yode being Enzo’s combat master who taught him how to fight, for me it would have been beneficial for that to have been the tutorial as such for the main game, instead this comes after the prologue section of the game that I described above.

The way the game looks speaks for itself, I can’t quite put my finger on it, but the way it looks to me reminds me of cartoons I used to watch as a kid, the style of animation is very smooth and the cartoony feel to the game really doesn’t feel out of place. The colors are vibrant, the backgrounds compliment the foregrounds very well and the characters are all wonderfully detailed. The animation when moving around is a little sub-par though, and doesn’t look all that good, like I say though, for a development studio that is entirely self-taught, it’s still a great achievement. Some of the graphics when fighting feel very much inspired by Japanese anime, and this adds to an aesthetically pleasing experience.

The sounds in the game are pretty good. The effects, especially when in battle work well and the music for the most part is very in tune with the setting of the game, with an African vibe and feel. I say “for the most part” for the music, as sometimes the music, especially when faced with the pigmy’s like Leoritas is comically bad. Imagine the kind of music that you’d expect from a low-budget, Central American cartoon in the 80’s when the bad guy appears and you’ll have the kind of music that plays.

The pigmy’s in the game are like the canon-fodder enemies, they are not really much of a threat and their small bodies and out of proportionally large feet – along with the music – makes them more of a slight bit of comic relief than anything more tangible.

On the whole though, the music is very good and definitely adds to the atmosphere in the game. 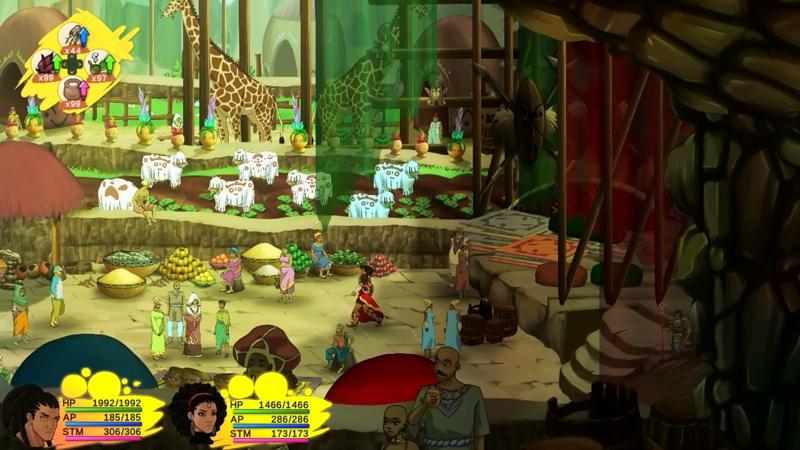 Unfortunately, although the game tells a great story, looks fantastic and sounds good – the gameplay lets this game down an awful lot. The game throws you into the story before you can really find your feet, and the game mechanics when in combat are pretty poor, with often unresponsive controls and methods of delivering those critical hits that are at times convoluted and turns the game from being an enjoyable experience into something of a chore.

This is really disappointing, because what Aurion could be is so much more than it is, but it’s the way the game plays that lets it down in a big way. There are other aspects as well, such as the way the game rarely has a decent sense of direction with its objectives or that the screens don’t often have clear ways of entering new areas. These might seem like some little things and they are but its lots of little things like that which decrease the overall playability of the game. Although in all honesty, I could live with those little things, but it’s the combat – especially with boss battles – that lets the whole thing down. Which is nothing short of a damned shame. Alas it is these gameplay issues as well that will prevent me from playing through Aurion again.

All in all though, despite the gameplay, Aurion is a solid effort from developers that, whether you love or hate the game, you can’t help but have an enormous amount of respect for. I certainly hope that they produce more games moving forward, but I hope that they address the gameplay issues to make the combat a much more smooth affair.