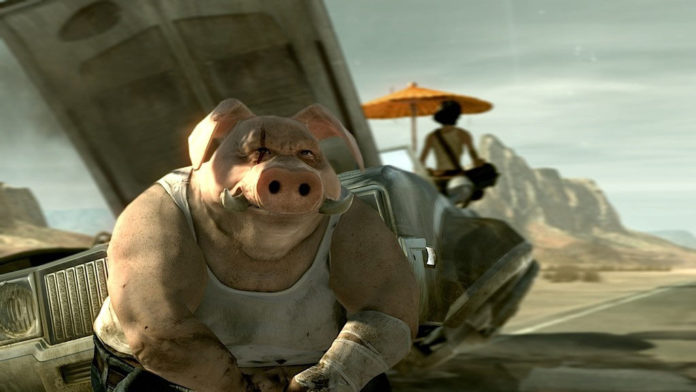 The Nintendo Switch presentation is just over a week away but, perhaps inevitably, there were bound to be snippets of information that was going to leak.

Cue industry insider Laura Kate Dale who has taken to Twitter to reveal some rumored nuggets of information regarding upcoming title Beyond Good and Evil 2.  We knew that the game was in development thanks to the games creator at Ubisoft, Michael Ancel, and there were rumors circulating at that announcement that the game would be a Nintendo NX exclusive.

Although all rumors at this point, it does seem that these rumors could be true. Laura Kate Dale has tweeted today that the upcoming sequel to the critically acclaimed Beyond Good and Evil will be exclusive to the Nintendo Switch for at least a year, with Xbox One, PS4 and PC versions following after that.

BGE2 codename is Odyssey. Exclusive to Switch for 12 months only, retail and digital versions. after 12 months digital on PS4 and XB1.

If this recent leak/rumor is to be believed it means that unless you own a Nintendo Switch you may have to wait until Summer 2019 before you can play on your other console of choice and only digitally it seems (though that could change of course). This is if the rumors that Beyond Good and Evil 2 is aiming for a Summer 2018 release on Nintendo Switch.

So what do you make of all these rumors? Will this talk you into getting a Switch if it is an exclusive, or can you wait? Let us know in the comments below or on the RGM Forums.

Share the good word. Let your mates know the news using the social media buttons below.