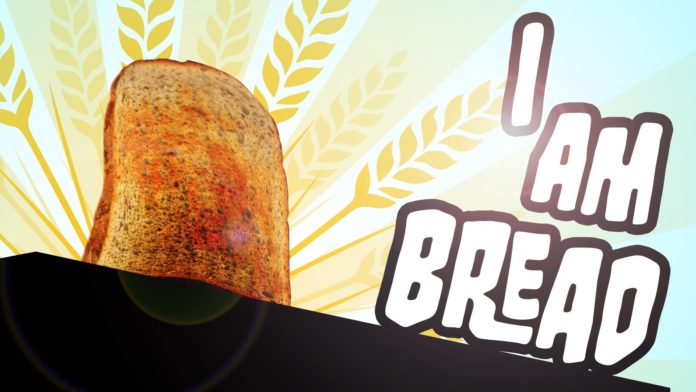 I celebrate weirdness. Games especially are fantastic for being weird, more so because they are able to be fantastical and ‘out there’. Enter I am Bread.

Probably one of the most ‘out there’ games of recent memory. Running in the same veins of the likes of Goat Simulator, I am Bread is a ‘bread simulation’ game where you take control of a slice of bread (obviously). I do question some of the physics in this game; I’m not sure a slice of bread would be able to move as it does. See for yourself in this trailer below:

Sound the crumpets, Windows Central have confirmed that this toast-ally weird-looking title is heading to Xbox One on January 20th. I do feel that even though I am not entirely sold on the game, I knead to give it a go. I’ll stop whilst I’m on a roll.

The game has the following “unbaguettable” features in the PS4 version. Although not confirmed we should assume that they will be similar:

You’ll have to wheat and seed if the game is worth owning on Xbox One. Though it is possible that there are reviews already out there you can use to bake your decision. It looks pretty won-dough-ful.

Let us dough what you think in the comments below or on the RGM Forums.