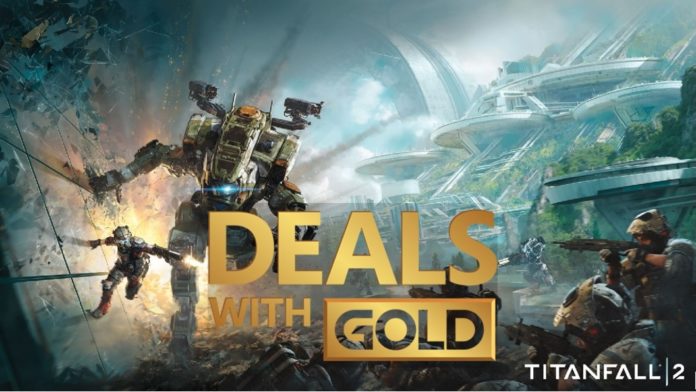 The weekly Deals with Gold are here, courtesy of Major Nelson. There are quite a few high-profile games to choose from. Heavy-hitters like Battlefield 1 and Watch Dogs 2 are available at steep discounts that make them even more appealing. The Standard, Deluxe and Ultimate editions are all on sale as well, you’ll be good to go regardless. On the Xbox 360 side of things, there are a LOT of Sonic games to choose from.

All of that said, this week’s RGM recommendation has to be Titanfall 2. When it went into beta earlier last year, I was skeptical.  As an avid fan of the original Titanfall, the speed of the sequel just didn’t feel right. However, when it released to critical acclaim, I decided to give it a try. That decision was a phenomenal one, as Titanfall 2 is the best shooter I have played in years. An epic campaign and fantastic multiplayer in one package was perfect. At 50% off? It’s not a deal, it’s a steal.

From Respawn Entertainment, the studio that brought you the award-winning Titanfall, comes Titanfall® 2. In single player, an aspiring Pilot and a veteran Titan combine forces to save their own lives and combat a powerful enemy against all odds. Multiplayer offers brand new Titans, expanded Pilot abilities, and deeper customization to elevate the fast-paced and exciting gameplay fans expect from the series.