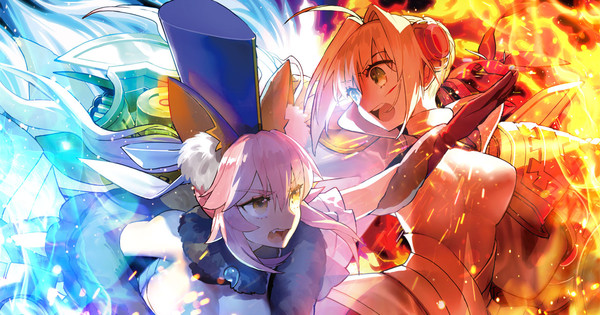 Fate/Extella:The Umbral Star is a familiar take on the Dynasty Warrior style genre that fans of the gameplay may enjoy but, not much else.

Taken in stride Fate/Extella takes a culmination of interesting ideas and tries its best to make the gameplay not feel repetitive and stale but, by its very nature, it is a fate they cannot escape. Players that have seen or played the Dynasty Warrior series will feel right at home with Fate/Extella. The gameplay focuses on your character taking on hordes of enemies as you do your best to capture different territories. Once a certain amount of territories are captured the area’s boss will appear for you to defeat in order to complete the level.

As I said, it is tough to break out of that gameplay mold when working in that genre, but Fate/Extella’s attempt to mix up the gameplay is with how your character controls. Depending on which of the three characters you choose to play as, each has its own set moves and powers but none feel particularly different. Each playable character is as powerful as the next with the only real difference coming in what the player sees when the moves are executed rather than what you do. Combo after combo, the endless hordes of enemies fail to be challenging and thus fail to be interesting. Despite some clever character designs, the bosses of each level or sector can be caught in attack loops making them simple to defeat. 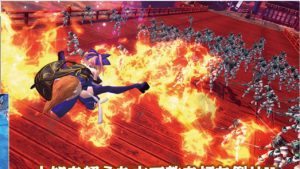 Story for Fate/Extella is at the forefront for the game but, not in the best way. The player will spend nearly 70% of the game’s length in the narrative but, the pacing and delivery of the game’s story leaves the players rather bored seemingly never-ending exposition dumps. Fate/Extella offers its voice acting only in Japanese so for players not familiar with the language be ready for an extensive amount of reading. Normally, delivery through text is not a hindrance to players, with some even preferring it that way, but the sheer bulk of story that is explained during the numerous narrative scenes become cumbersome and boring for the player.

Perhaps this is because so much of Fate/Extella is spent establishing its universe, giving its players grandiose tales of battles past that sound much more interesting than the story the players actually get to experience. As each of the three campaigns follow the exact same plot with a mere color swap and slightly different motivations, the story never grows to be entertaining. Another falter of the narrative being delivered through subtitles is with how busy it is to try to read the exposition during the action sequences of the game. While the majority of the story is left to outside the battle sequences, due to the numerous enemies on-screen it becomes nearly impossible to focus on anything said during battle. 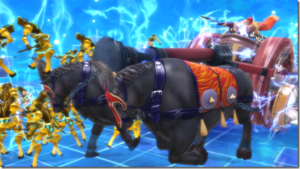 Though Fate/Extella’s story fails to grab you its art can resonate deeply with players, to a certain extent. Each of the playable characters and narrative environments are detailed heavily with personality and originality. No two characters look the same, and each patch of clothing or styling of hair serves its own purpose. The home environment that the main character lives in is perfectly in tune to the partner that the player chooses. The more classy and tempered characters live in regal and organized homes with a certain order to them. While the more fiery characters live in stylized homes with more playful and at times seductive themes to them.

The narrative environments and its characters service the better side of the games art and graphics while the combat areas serve as empty reminders of where the focus of the game’s art is. Perhaps it is because the game would not be able to render inspired environments due to the number of enemies on-screen during the combat scenarios but, it is dreadfully apparent just how empty these areas are in those moments. Perhaps worst of all is that these environments are recycled during each play-through leaving players feeling no difference in each story. 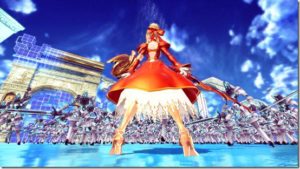 Sound for Fate/Extella stands as a forgotten element in the game. Due to the game’s nature of heavy narrative nature, the majority of the play-through is experienced with little to no soundtrack. The score of Fate/Extella really comes out during the battle sequences but, due to the sounds the numerous characters make during battle or conversation in battle the music falls to the wayside. Players won’t feel that they are missing out on a key element of the game with Fate/Extella’s sound direction but, they won’t gain anything by its inclusion either.

Fate/Extella is built for major replay value but, it fails to deliver on making it meaningful. The story can be experienced in three separate experiences as well as numerous side stories but although separate the differences are few and far between. Each different story takes a slightly different point of view and presentation but follow the same points shackling the different play-throughs to the same tropes. The different experiences offered by Fate/Extella are appreciated but fail to make any true addition to the game, leaving its replay value significantly lessened.