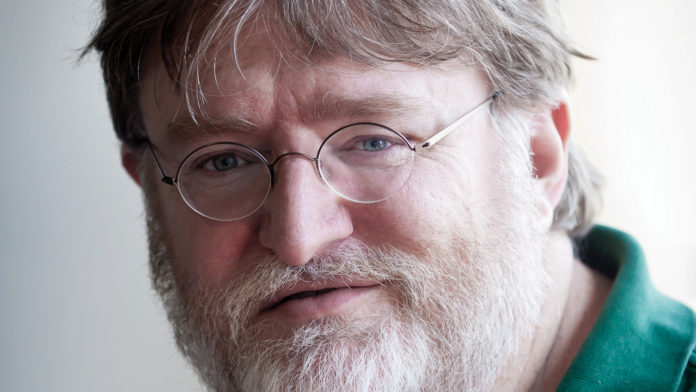 Gabe Newell is a well-known man. The founder of Valve Entertainment, he has contributed to the development of franchises like Half-Life and Portal, not to mention his developing of Steam as a platform for PC gaming. On January 17, he held an AMA (ask me anything) on Reddit. Quite a few of the questions were intriguing, as well as the answers he gave. A handful of the more interesting interchanges have been quoted below.  The questions have been italicized and the answers from Gabe Newell quoted in bold.

What is the status of Half Life 3/Half Life 2 Episode 3?

Well, were we really expecting a different answer? Valve has continually been cryptic in regards to any communication involving the future of the Half-Life series.

Is Valve still working on any fully-fledged single player games?

Now, this is honestly impressive, considering that the implication many (including myself) were under, is that Valve had shifted away from AAA game development. That said, if they are indeed developing any new games then we need to see more concrete confirmation sometime soon.

An unidentified anonymous source at Valve has said that Half Life 3 has been cancelled. Is that source legitimate?

“I personally believe all unidentified anonymous sources on the Internet.”

So…yes? In all seriousness, Gabe’s tongue-in-cheek approach is nothing new. Clearly however, if Half-Life 3 exists or ever existed he isn’t going to talk about it right now.

How many people are now working on CS:GO? The community is frustrated at the lack of updates and the fact that most of the bugs haven’t been fixed.

CS:GO remains an incredible force for PC gaming on Steam, with an average player count last month of nearly 350,000 according to the Steam Charts. The peak last month was nearly 690,000. Considering the game originally released in 2012, these are phenomenal numbers indeed. Continued support from Valve is good news, however they should probably consider providing clearer communication if they want to keep the players happy.

Any chance of a new IP that takes place in the half life/portal universe? I feel like there’s a lot of story left to be explored there.

Again, if this a distinct possibility for the future, or if such a game is already in development, it certainly seems like Valve should be making further announcements soon.

Does Valve have any plans on making customer support better? And did you ever think of making it into live support?

“Yes! We are continuing to work on improving support.

Since the last AMA, we’ve introduced refunds on Steam, we’ve grown our Support staff by roughly 5x, and we’ve shipped a new help site and ticketing system that makes it easier to get help. We’ve also greatly reduced response times on most types of support tickets and we think we’ve improved the quality of responses.

By far one of his more comprehensive answers, this is great news all around. While Steam remains a phenomenally popular platform for PC gamers, over the years their support system has been called into question, with various issues all around. Any upgrade to their support is great for gamers, so hopefully we’ll see more detailed updates on the improvements soon.

So there you have it. Don’t mention the number three, more games are on the way, CS:GO continues to be a focus and support is being refined. It’s great hearing from Gabe Newell on these topics and hopefully this kind of communication continues if or when Valve confirms any new projects. To check the Reddit AMA in detail, go here.