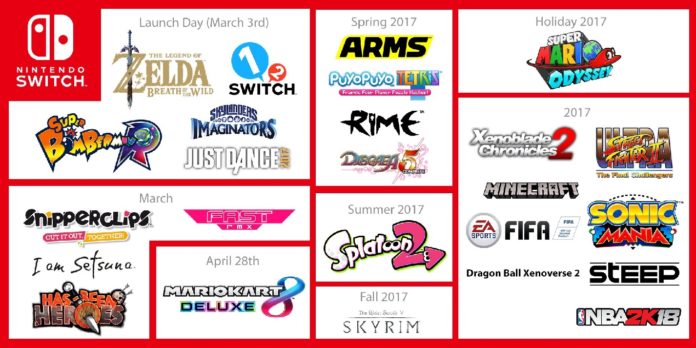 With so much news about the Nintendo Switch flooding the internet over the past few days, it can be overwhelming, attempting to keep up with it all. This article should help provide a clear, consolidated list of every game announced for the Switch.

First, there are those games launching alongside the Switch on March 3.

These next several titles have a variety of release dates, specific or otherwise, for 2017. They’ve been placed in known order of release.

All of the above games have been announced by Nintendo for release at some point in 2017. There is also a bevy of games with no release dates at all. I’ve listed them all right here.

Quite a list! Hopefully we’ll get more concrete details as to when we can expect these games fairly soon. If you are interested in grabbing any of these games, you can check for them on the Nintendo Store here.