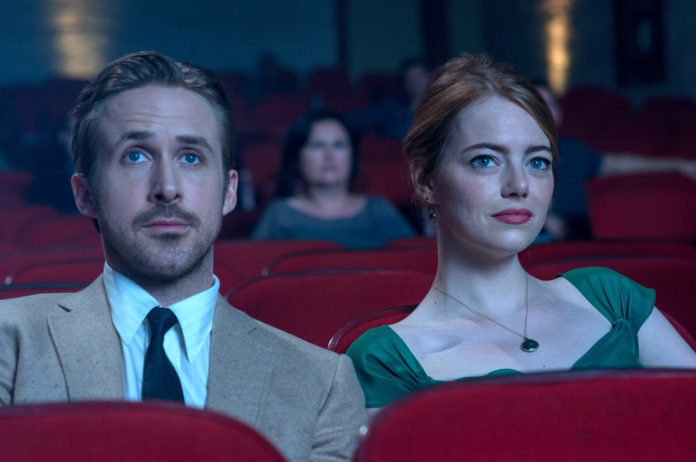 It seems that the Hollywood Foreign Press is a big fan of old time musicals. For this year’s Golden Globes, La-La Land dominated the most over any other movie, ending the night with seven awards that include best actor (Ryan Gosling), actress (Emma Stone), director (Damien Chazelle), screenplay, and comedy/musical. With its seven wins (out of seven nominations), La La has set the new record for most Golden Globe Awards for a single movie.

In other big movie wins, Moonlight won for the Best Drama category, Casey Affleck won Best Actor in a Drama for Manchester by the Sea and Isabelle Huppert won for Elle.

On the television side, The Crown won the Best Drama category, beating out Game of Thrones, Westworld, AND Stranger Things. It seems that while there were plenty of worthy winners, the Hollywood Foreign Press picked the one that seemed to be the least hyped of the bunch, which shows that there are no sure-winners with these awards shows).

On the comedy side of television, Donald Glover had a good amount of success as he took him two trophies for Atlanta: one for Best Actor in a Comedy and Best Comedy series.

If you’d like to see the rest of the winners and nominees, you can check them out below:

Best Television Series – Drama:
WINNER: “The Crown”
“Game of Thrones”
“Stranger Things”
“This Is Us”
“Westworld”

Best Performance by an Actor in a Limited Series or Motion Picture Made for Television:
Riz Ahmed – “The Night Of”
Bryan Cranston – “All The Way”
WINNER: Tom Hiddleston – “The Night Manager”
John Turturro – “The Night Of”
Courtney B. Vance – “The People v. O.J. Simpson: American Crime Story”

Best Performance by an Actress in a Supporting Role in a Series, Limited Series or Motion Picture Made for Television:
WINNER: Olivia Colman – “The Night Manager”
Lena Headey – “Game Of Thrones”
Chrissy Metz – “This Is Us”
Mandy Moore – “This Is Us”
Kerry Washington – “Confirmation”

Are you surprised by any of these wins? Have you seen La La Land? What movie/show do you think got snubbed? Let us know in the comments below!