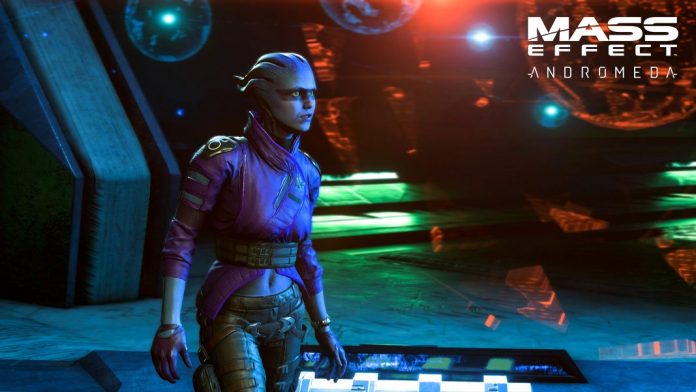 Yes, you read that title correct. Mass Effect: Andromeda producer, Michael Gamble (@GambleMike) responded to a question on Twitter asking “WHO CAN I BANG?!” Now we all know that Mass Effect games have romantic sub-plots that you can pursue, some of them leading to not much more than a cuddle, and others leading to more naughtiness, albeit with not much to actually see. Not like The Witcher games which tend to be a lot more…flesh?

Anyway, in response to the question (which was asked by Twitter user @steimer, a lady before you automatically think it was me or some other guy), Gamble said “so many. And the banging is pretty good.” Yessiree Bob, one of the main players behind the 5 years in development Mass Effect: Andromeda, Mr Michael Gamble, confirmed that the “banging” will be “pretty good.”

@steimer @masseffect so many. And the banging is pretty good.

Now “pretty good” is also pretty subjective. So thanks to @jayktweets, who asked a follow up to this all important question: “”PG Rated EA good” or “Actual CD Projekt Red good”” to which the response was an illusive, but pretty suggestive “we are an M rated game.” – read into that what you will.

If banging isn’t your scene though, @bredberes did ask “can we romance people without the banging part?”, “of course” was the answer.

Typical though, after putting out a tweet asking for questions, there appears to be one main thing on peoples minds. Who knew the internet could be such a filthy place!

We’ll have to see how “good” the banging truly is in Mass Effect: Andromeda when it comes out on March 21 in North America, March 23 in Europe on PC, PlayStation 4 and Xbox One.

What do you think about this? Have you been tearing your hair out wondering how good the banging will be in Mass Effect: Andromeda? What else do you want to know about the game? Let us know in the comments below, the RGM Forums or on Twitter. If you like what you’ve read then feel free to share this article on Facebook, Twitter, Google+, Pintrest or Reddit using the buttons available!