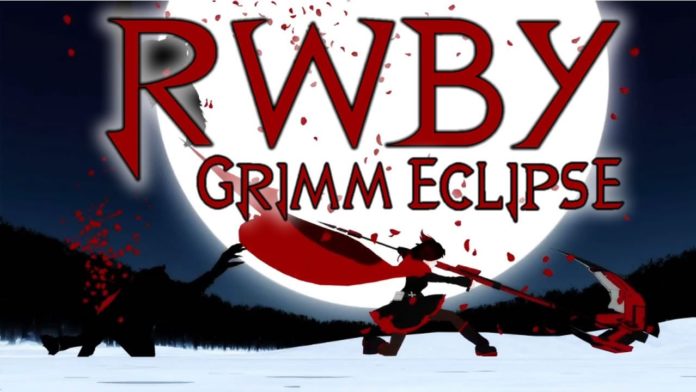 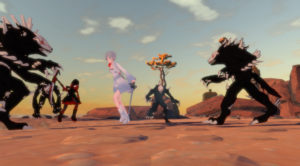 RWBY Grimm Eclipse comes in as a standard hack and slash co-op game. It is not necessary to play the game in co-op but it is much more enjoyable to share the experience even if there is no local play. You get your choice from 4 characters from the show, as well as 4 others through paid DLC, that all control through the same scheme with slightly varying results. There are three standards that hack and slash games need to conquer in order to reach above the average level, those being entertaining playable characters, deep or varied combo abilities, and challenging or diverse enemies. While kings of the genre such as Devil May Cry check all three boxes, RWBY fails to check any. The combo system for RWBY forms off of 4 different variations of weak + strong attack and ranged attack combinations that are all orchestrated in the same fashion for every character. While each character has their own style to these formations after repeating the combos once or twice they lose their originality, and you will be using them constantly.

Every level in the game is centered around facing the same bland enemy the “Grimm” with slight variations and a defend this station mechanic. The defense sections are the most dreadful parts of the gameplay and they are included in every level, at times even multiple uses. The Grimm themselves stand as simple enemies that only truly grow in size and health for their variations. Very rarely will you ever have to change tactics at all throughout the entire game. By the time the first level is over players will be bored with the gameplay. Multiplayer makes this a tad bit more interesting as the 4 player run through the story and the games horde mode make the game more difficult but not much more rewarding. Multiplayer also struggles from frequent connectivity issues that will have levels randomly restarting and players being forced in and out of the game. 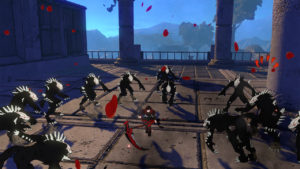 The story is perhaps the most disappointing part of the experience with RWBY. Rooster Teeth is known for their humor and wit but none of that is placed in the game’s story. Each playable character barely offers any dialogue and when they do it essentially serves no purpose. Regardless of what character you play as the dialogue is the same with very few variations. Most of the story is left to large exposition dumps from characters presented on smartphone like screens on the side of the screen. Perhaps those who know the series lore well may find some humor in the story but for those unfamiliar with RWBY you will have no idea what’s going on. RWBY Grimm Eclipse is not a good jumping in point for new fans as the characters, their motivations, and their place in the overall world are nearly never explained. This feeling of mediocrity in the story is only amplified through the rinse repeat of the gameplay and environments.

The score for RWBY serves little purpose in the moment to moment gameplay but, sadly suffers to the repetition that plagues the game itself. Battle and casual overworld music are merely repeated through every encounter and new environment of the game. Each playable character’s attacks have little variety in the way they sound and the Grimm themselves make almost no sound at all. In a sense for RWBY players will be too busy with its gameplay to focus on its sound design and perhaps that is for the best. 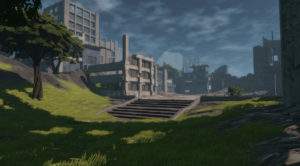 Each playable character for RWBY offers fantastic design. The look of each character’s outfit, hairstyle, and weaponry really makes them all look very distinct even if they don’t play that way. For all the time and effort spent on the characters, it is clear little to none was spent on enemy design or the game’s environments. At first exploring the world of RWBY was enticing, its artistic style and bright colors made me reminisce of what a modern day Fable could be. This feeling was quickly fleeting as the environments that at first were impressive were shown to never expand or differ between several levels. Repeated backgrounds and bland empty worlds leave the player wanting to get through each area as quickly as possible rather than spend the time to look around. The game follows the standard level design of having a forest area, and underground level, and an industrial sector. The environments will feel all too familiar by the end of the game, leaving the time designers spent on imagining the playable characters so faithfully feeling wasted.

I can’t say much for the replay value for RWBY. The story can be finished in about three to six hours depending on whether you are alone or in the 4 player co-op. The game’s horde mode feels just as repetitive as the story thanks to its gameplay and the story doesn’t change with any of the characters leaving no reason to return. It would be best for players to not return for a second or third play through in RWBY when the first one fails to entertain or challenge players properly.