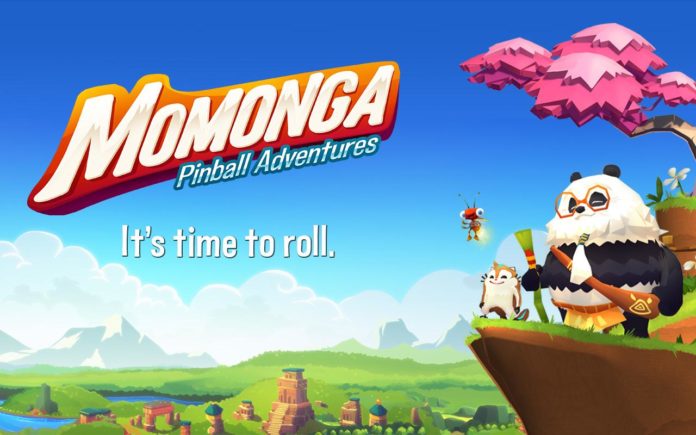 Right from the start players can see the time, love, and care put into Momonga Pinball Adventures by Paladin Studios. Created on the Unity game engine, the game’s painted art style stands out perfectly. Every curve of the character and the environment looks like the stroke of a paintbrush working with the brightest color palette imaginable. The character designs for Momo, his friends, and the evil owls, each provide us with insights into the characters and their place in the world. 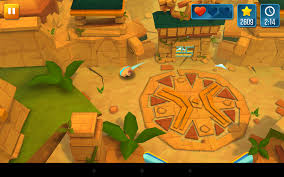 As strong that the visuals are for the game, the sound is where Momonga fails to make an impact. Perhaps seen as a secondary, or even tertiary focus by the developers it is simply too easy to miss the sound for the game altogether. While it does offer an appropriate fix for the game’s setting and characters, it never takes a step past its comfort zone to truly offer anything new. This weak sound and the unintelligible language that the characters speak, can become a bit annoying and supremely repetitive. It feels too obvious that the characters sounds were inserted just to fill the dead air for when the text is read on-screen and nothing more. 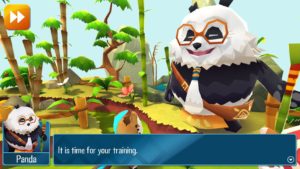 Momo’s story will be familiar to players, a classic revenge story but this time with no malice behind it. Momo is simply is driven to see his family and home once again and less by the act of vengeance against the owls that took his home from him. While the owls do serve as menacing antagonists in the opening scene, the game takes a more playful turn to its story, keeping it very family friendly. Much like the pigs in the Angry Birds series, all the player needs to know is that the owls are bad, and that’s really as far as the story goes for this one. While Momo does have more connected moments between the friends and teachers he encounters along the way, none ever bolster the story to be anything memorable. 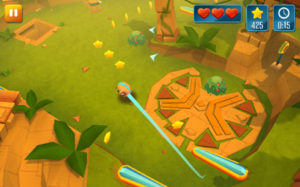 Pinball games have a tough time shaking up gameplay, it’s rich history is so entrenched in the genre that no matter what the system is, the ultimate goal is always to not have the ball fall through the flippers. Momonga makes a decent attempt at mixing up the formula with levels offering puzzles, obstacles, and multiple tier platforming, and flight sections but at its core, it is rather simple gameplay. But for this title, that is all that is really needed. Pinball can at times be taken too far away from its roots but, Momonga strikes a balanced blend of new mechanics and classic pinball controls. 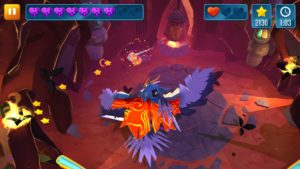 Many players will have their fun with Momo’s adventures and likely not return to save his land all over again. Its levels are simple enough that there aren’t any moments you would truly desire to return to, and its lack of a proper checkpoint system can leave players frustrated in having to repeat the level in full many times over if you become stuck. Pinball games lasting values are carried by the lineage behind them, whether it be Star Wars, Marvel, DC, or others like that, Momonga Pinball Adventures is missing just that – a meaningful franchise to attach itself to. Its characters have their charm but, players will quickly forget their time with the game once they have completed Momo’s quest.

Will you be picking up Momonga Pinball Adventures? Do you love Pinball games? Let us know in the comments below, on the RGM Forums, or over on our Twitter.