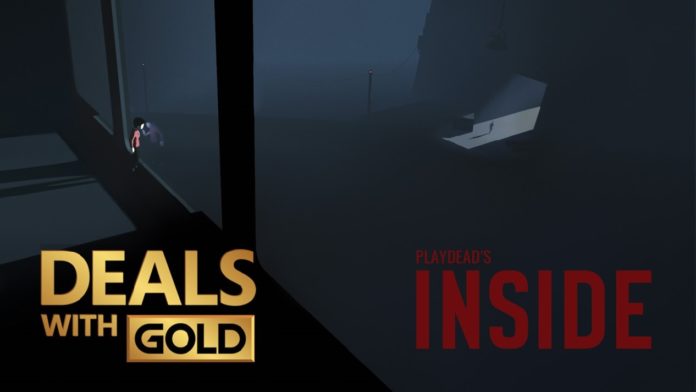 This week, Major Nelson has once again provided the Deals with Gold. Frankly, I’m impressed. This week, quite simply, we have an excellent Deals with Gold offering. There are sports games like NHL 17 or NFL 17 on sale, as well as shooters like Battlefield 1. These hover around 50 – 67% off, a great deal if you’ve been waiting to jump in. If you like role-playing games, Dragon Age: Inquisition – Game of the Year Edition is 67% off, while The Technomancer is 75% off.

With this in mind, the RGM recommendation this week is definitely somewhat opinionated. The recommendation goes to Inside, a platformer developed by Playdead. It is 33% off, roughly $14. Honestly it’s difficult to explain exactly why I enjoyed this game so much. Suffice to say it fulfills the strange and the macabre, as you the player guide a boy through a strange, high-tech world. The puzzles are incredibly unique, the art style beautiful, and you’ll quickly develop a sense of care over the near-helpless boy you play as. No matter what, I strongly encourage you go into this game blind. The less you know the better, however, if you enjoy horrific twists and bizarre worlds, you’re going to love it.

Hunted and alone, a boy finds himself drawn into the center of a dark project.