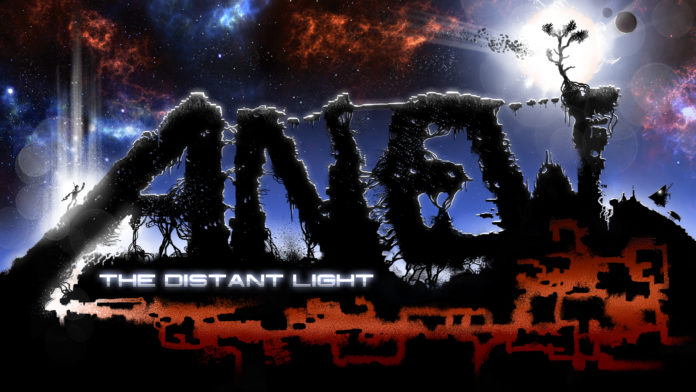 Anew: The Distant Light is an open-world, action-exploration game for PC and console platforms. The game has just started its crowd-funding campaign on Kickstarter and has already reached just under half of its goal. When you see the trailer you’ll see why. In fact, it should already be funded, head over and get backing!

In Anew: The Distant Light you play as a child with limited resources, waking up on a distant alien moon, twenty light years from Earth. You must carry out a mission of critical importance. It will be your task to battle, puzzle, and journey through an exotic and dangerous world. You will have to seek out game-changing equipment, upgrades, vehicles, and companions to expand your options for combat and exploration.

The game promises many gameplay features:

The new title is the first game from Resonator, a two-man independent video game studio founded by veteran game developers Steve Copeland and Jeff Spoonhower. Resonator aims to create new interactive worlds with exciting stories, fun gameplay, and beautiful art and sound. Steve and Jeff are thrilled to be able to focus their time and energy on producing awesome, original titles for PC and consoles.

The two-man team have an impressive résumé between them. Steve Copeland has been a Software Engineer, Senior Designer, and Lead Designer at Electronic Arts, Bioware, Westwood Studios, and Petroglyph on game franchises like Command & Conquer, Star Wars, and Lord of the Rings. Jeff Spoonhower has worked as a Senior Animator, Lead Cinematic Artist, and Senior Video Editor at Electronic Arts, Sony Computer Entertainment of America, Volition, and 2K Games on projects like Borderlands 2, Bioshock 2, Saints Row 1-4, Uncharted: Golden Abyss, Syphon Filter, NFL Street, and many more. Jeff is an Assistant Professor of Film and Digital Media Production at the University of Notre Dame. He teaches courses in computer animation, sound and music design, and creative development. 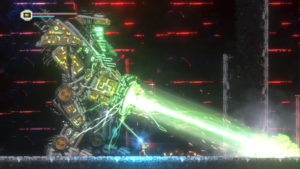 Not only is the depth and variety that is already visible in the trailer impressive (especially as it’s currently in pre-alpha) but Anew: The Distant Light looks to be an amazing combination of several different titles. Plus, planet hopping and GIANT MECHS! The Kickstarter is due to close on March 20th if you’ re looking to back the game. It will aim to release for PC (Summer 2018) and PS4 and Xbox One (Fall 2018).