It seems like I can speak for most people when I say “Why isn’t Mass Effect Andromeda out RIGHT now?!” As additional details are revealed, it’s difficult containing your excitement so that it remains at a reasonable level. With Bioware’s latest interview, fans have even more to get excited about. In an interview with PC Gamer, Bioware shared that Witcher 3 influenced the designs of Andromeda‘s side missions. They then discussed the many hub worlds that are spread throughout the explorable areas.

When discussin the side missions, Andromeda producer Michael Gamble said:

“One of the things that was very critical for us early on was this saying that when we develop these planets, each one needs its own story and its own history, its own backstory and its reason for existing. We are approaching the completionist aspect very differently, because we’ve done and learned a lot from Inquisition. But we’ve also observed what other games have been doing, like The Witcher. And it was very important for us that the quantity of scope doesn’t downgrade the quality of whatever you are doing there.”

He made a point of ensuring fans that the company has learned from Dragon Age Inquisition‘s positives and negatives. He discussed how Bioware has fine-tuned what did (or didn’t) work so that Mass Effect: Andromeda can be enjoyed by every kind of player. For those who were critical of DA:I‘s sometimes superfluous side missions, this will be especially exciting news for you.

Gamble also discussed how there’d be over twelve hub worlds, including the Nexus (similar to the Citadel space station) and Kadara, a cyberpunk-inspired zone similar to the much-beloved Firefly style. Gamble didn’t share too many additional details into these hub worlds, but they certainly sound promising so far. 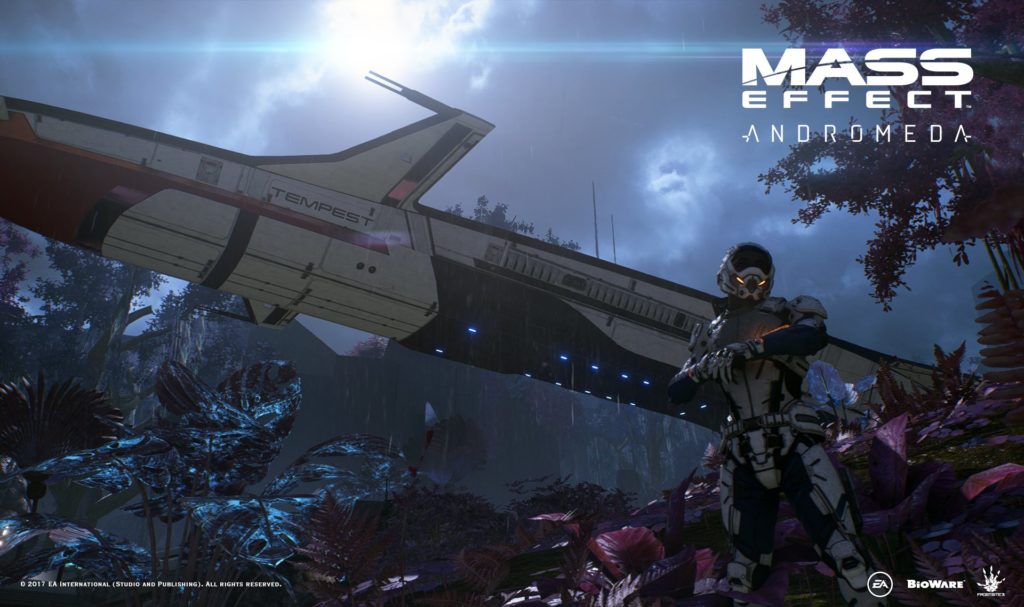 For the full interview, check out the March PC Gamer issue. If you’d like an alternative option, then check out this Reddit post for each of the major new details shared.

What do you think about this news? Could this be the best Mass Effect yet? Comment down below and tell us what you think!