The LEGO Movie Universe continues to thrive as LEGO Batman retains its #1 spot at the box office for the second consecutive week. Showing off the box office strength of those well-executed family movies, Warner Brothers has found another successful animated movie to rival the success of The LEGO Movie. Debuting with an impressive $53 million opening weekend, the film continued to find success as it bumped its financial totals to $179,410,405 worldwide. Finding both critical success and financial success, Warner Brothers future LEGO movies will have a high bar to meet.

Fifty Shades Darker came in at #2 for the weekend once again, bringing in $20,352,800 domestically, boosting its worldwide total to $284,453,361. Although it’s still not on the same financial streak as its predecessor, Darker has shown that critical success isn’t always a necessity to be a financial success. With a third installment a sure-fire thing now, we shall see if Fifty Shades can achieve success across a trilogy.

In terms of major debuts, the Matt Damon-led The Great Wall debuted at #3, the R-rated comedy Fist Fight at #5, and Gore Verbinski’s Cure for Wellness ended up at #10. Considering the massive price tag on The Great Wall ($150 million), Legendary Entertainment will hope to see financial continued returns. They’ve still got some time before they break even, but it’s a start. On the opposite side of the spectrum, Fox has got to be disappointed in the debut numbers for A Cure for Wellness. Pirates of the Caribbean and The Ring director Gore Verbinski’s return to horror wasn’t met with the level of fanfare the involved parties likely hoped for. Falling victim to plentiful competition and mixed critical reception, it’ll be tough for the film to recover. It does seem that the intriguing weirdness of Wellness may have been just a tad too weird for general audiences. 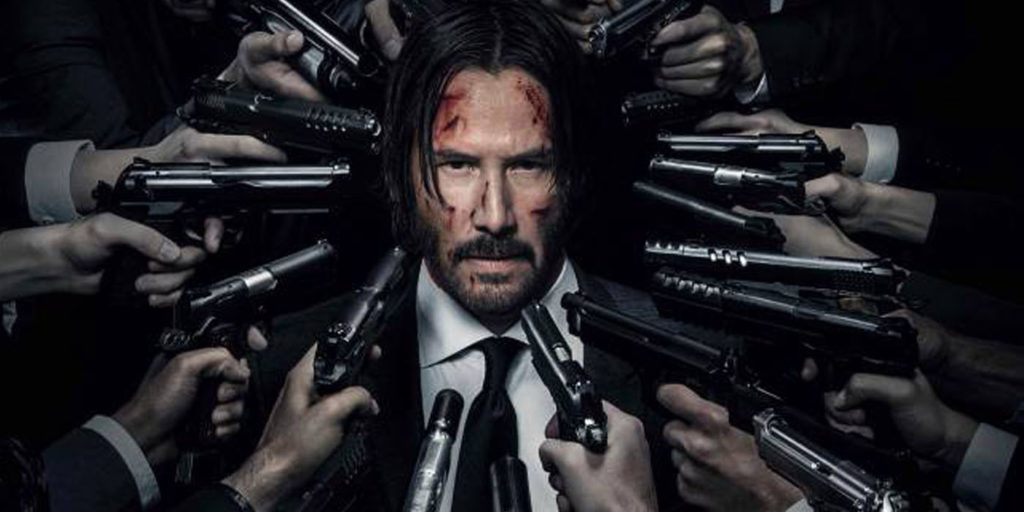 Recommendation of the week: John Wick: Chapter 2
The sequel to the surprisingly great John Wick offers up a stylish follow-up that retains the fun and intensity of the original. Keanu Reeves continues to show his natural action movie prowess with another great performance as the lead. Director Chad Stahleski provides amazing action sequences as well as impressive stunts and visuals. If you’re a fan of these shoot-em-up style movies, then you can’t go wrong with John Wick: Chapter 2.

Did you go to the movies this weekend? What did you see? What movies would you recommend? Let us know in the comments, then check out the RGM Forums!