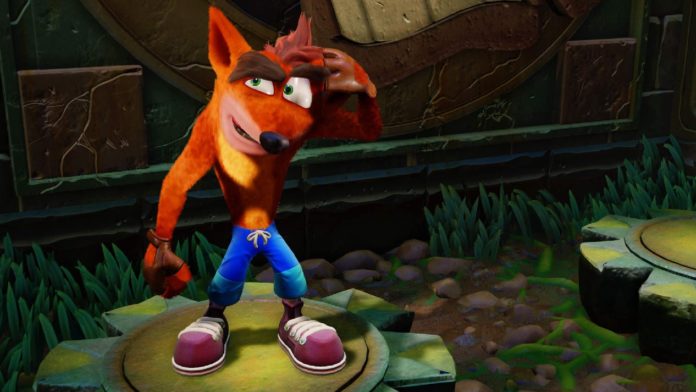 When it was announced at Sony’s E3 2016 conference, many gamers assumed that the Crash Bandicoot remasters – or Crash N Sane trilogy – would be exclusive to the PlayStation 4. After all, no other systems were mentioned and the franchise was born on the PlayStation. However, some recent tweets show this may not be the case.

Just a short while ago, PlayStation Ireland tweeted out a seeming confirmation that the game would be PlayStation 4 exclusive. 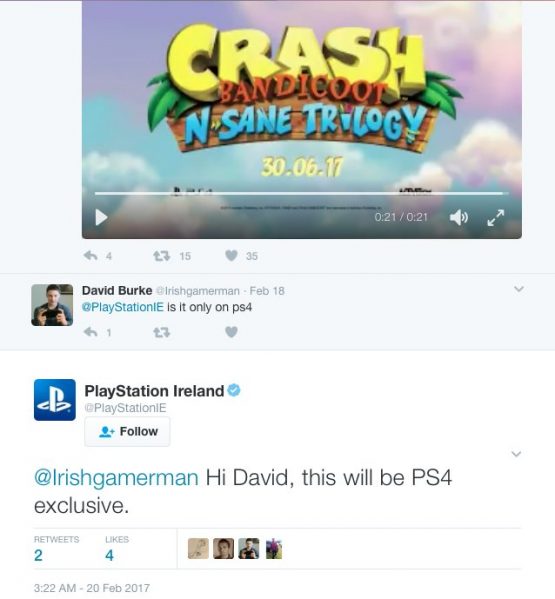 Seemingly straightforward, even if it is from a smaller PlayStation Twitter account. However, PlayStation Ireland deleted the tweet shortly afterwards. A few hours ago, they came out with this:

will launch on 30th June 2017. To clarify our earlier post, it will be coming to PlayStation 4 and PS4 Pro first.

Coming to the PlayStation 4 first isn’t the same at all. I think gamers should wait and see if Activision or a larger PlayStation account make a statement on this issue. That said, at this point, I think it’s probably fair to say you’ll see Crash Bandicoot on other platforms. Xbox One and PC seem the most likely but who knows? We might even get the collection on the Nintendo Switch. Regardless, we’ll just have to wait and see. Crash Bandicoot N Sane Trilogy releases for PlayStation 4 on June 30, 2017.