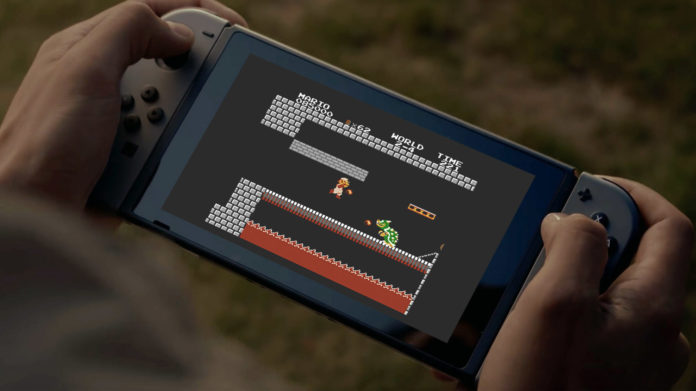 Another day closer to the official launch of the Nintendo Switch. And another new bit of information about the new hybrid device. This piece of information relates to the news that the Switch will be receiving a day one update. Further to that there will be no virtual console available on launch!

The day one update adds the following features:

I would say adding all of those immediately is definitely preferable. You want as much functionality out of your new toy as possible. Especially if you are taking it out and about, you may well want to be able to access public hotspots. Of course, you will want to share all of those breath taking screenshots from Zelda onto Facebook too!

Hopefully, this update won’t be in the same league at the Wii U console day one update. It was reported that this update was rather substantial, leaving many players unable to play for hours. It is reported that the Switch day one update is mandatory, in the same way as the PS4 and Xbox One updates were. That’s even if you are not intending to use your console online. According to Nintendo, however, the update should download in the background and therefore should not get in the way of your playing. Whereas the Wii U definitely did!

Internet functionality is probably a little bit on the backburner for Nintendo. With their full online service not scheduled to go fully operational until ‘Fall 2017’; added to that the fact that many titles coming soon aren’t online anyway, it is perhaps a little less important for the Switch. This may be most notable by the news that the ‘Virtual Console‘ will not be available on day one either.

It has been detailed that Nintendo’s online gaming store for retro consoles will miss the launch day. This is a disappointment for fans I am sure, though there may well be some behind the scenes stuff that they need to get right before it is good to go. There will be titles to purchase from the eShop of course. All boxed launch titles will be available digitally and it has been reported that there are three confirmed indie titles coming to the eShop on day one. These titles are:

Not the greatest selection, but I am sure before long we won’t be able to move for the sheer volume of great Nintendo titles in the eShop and Virtual Console (*crosses fingers). Does this bother you? Let us know in the comments below, the RGM Forums or on Twitter. Feel free to share this article on Facebook, Twitter, Google+, Pinterest or Reddit using the buttons available!