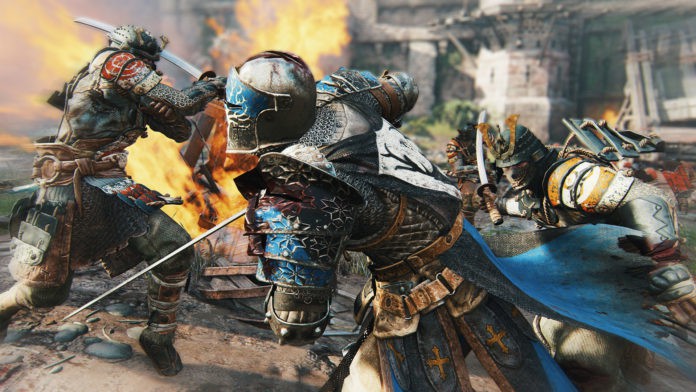 With the launch of For Honor only a fortnight away, details have emerged on the games season pass.

VG24/7 have detailed the content included in the $40 (ish) season pass. There will be a range of extra content which you can see below or in the newly released trailer:

The For Honor Season Pass includes:

In a move sure to outrage some gamers, all of the content, except for the new heroes and their elite skins will be available on release. The new heroes you can get will be release occasionally, two at a time, similar to the release of new operators in Rainbow Six: Siege. Also like the latest Tom Clancy you do not need to have the season pass to unlock the characters, you can unlock them by using the in-game currency, Steel. If this is inline with Siege it will take forever to do this via the in-game currency (obviously, they want you to buy the season pass). 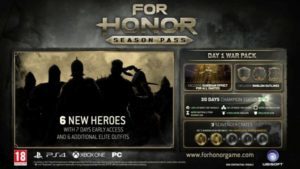 You will be get a spate of free content released across three ‘seasons’ of Faction War with For Honor. The free content will include game modes, maps and gear and will be available to every player, in addition, new game modes that will be added include both ranked games and tournaments.

For Honor launches on February 14th (great for a Valentine’s gift) for Xbox One, PC and PS4. If you’re not sure about whether to get Ubisoft’s new IP then you can take part in the open beta. The beta begins on February 9th and ends February 12th.