The basis of the game is quite simple. You take on the role of the titular Doodle God, crafting the universe with the four basic elements: earth, air, fire and water. You quickly learn that by combining two elements, however, you can sometimes craft more elements or even discover entirely new categories of creations. Different reactions produce wildly different results. Just as an example, by mixing fire and stone, you produce lava. 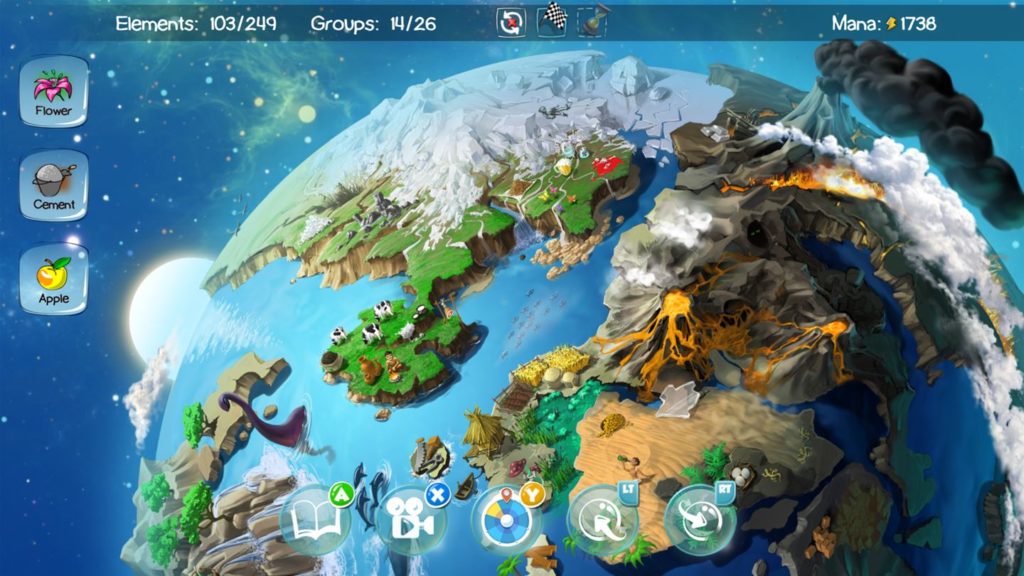 Oftentimes, these reactions can be quite humorous. For example, merging a dangerous creature with a human being might result in blood. Combining lava and an animal might lead to the discovery of ash. These would always get a chuckle out of me. The majority of your creations will show up on a globe of Earth, as seen above. You can then watch a movie that shows the progression of your discoveries, although, I had some issues with it. Some of them didn’t quite show up in the correct order from time to time. This isn’t really a huge problem though.

The gameplay has mobile origins that are obvious. That said, it uses the triggers in a fairly ingenious way to get around the limitations of lacking a touchscreen. 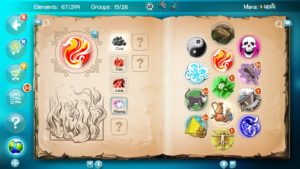 Each trigger brings up the menu of elements, then you simply select one on each side to try to combine. It’s a system that works quite well. Unfortunately, that’s really all there is to it.

While it is clear the game was originally designed for mobile devices, the graphics presented are clean. It’s a cartoonish look but it’s decent enough, with a 1080p presentation. The framerate is also solid, except for once or twice when combining elements, in which I did sometimes experience a brief stutter. The other graphical issue I met was the inability to take screenshots or record gameplay. It’s possible it was just a bug but I was never allowed to use the Xbox One’s screenshot feature.

The soundtrack follows a very simple pattern, with some repetitive theme music and the occasional “Wonderful, you’ve done it!” upon your creating yet another new element. 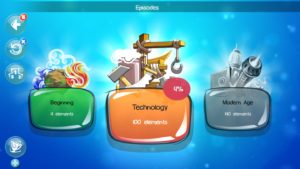 There’s not really anything worthy of note, although it is worth mentioning that there are now sliders for how far up or down you’d like the music to go. It’s simply a question of on or off.

In addition to the creation of the universe, there are a variety of other scenarios, such as combining elements to help a party rescue a princess in a stereotypical fantasy setting. While the change of setting is appreciated, ultimately the gameplay is still the same. As a result, the various modes don’t really feel that different.

So all in all, I can’t recommend buying Doodle God Ultimate. While there is some fun to be had, there isn’t a lot of variety so it gets old very quickly. On top of this, the $10 asking price coupled with the insistence at every turn to buy microtransactions is simply too much. This may be a game about reactions, but mine isn’t very positive.