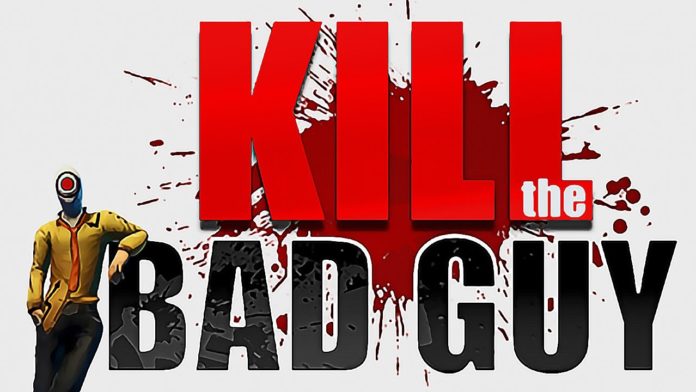 Kill the Bad Guy is the perfect example of what game development in 2017 has to offer. With tools like Unity, Unreal Engine, and more, a small game can be made by nearly anyone who gives the time and effort. Whether those games grow to become something more is for us to decide as some like Braid, become gigantic hits, and others, like Kill the Bad Guy, will be quickly forgotten.

The game consists of a small series of levels in which you are tasked with the assassination of a target. In which the assassination must loo like a simple everyday accident. This accidental causation of the deaths brings in the simple puzzle element. Combining cars, barriers, and even falling pianos, the player must find a way to give their target a swift end to their lives. Kill the Bad Guy presents all these elements but it never really takes any of them to an interesting level. Solutions are painfully obvious, the levels give very little to explore different ways to kill your target, and the controls of the game felt very clunky on console. 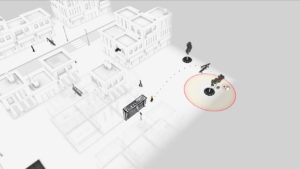 While its gameplay may suffer from simplicity, its level design, story, and sound all suffer from downright mediocrity. Each level is presented in a bright white style with very little color or design built-in. What can be taken as an art style in other game, the lack of color and clever level design feels boring and uninspired. The levels will present the same buildings, street corners, and targets each time with a change of layout being the most significant swap. Thanks to the lack of innovative gameplay and the lackluster level design, players will be quickly bored with Kil the Bad Guy.

Sound for the game comes in with really only one significance, its main theme song. A steady rap tune plays on the menus that does intertwine with the game but is the only unique sound or sound design in the game. The standard beat of exciting music chimes in on the levels but the levels can be finished so quickly you will hardly ever notice the sound design.

Most of all the story is the deepest afterthought in this game. Only presented in the profile of the targets it swaps generic names for generic backgrounds of each character. you will target the most mundane people in storytelling as each character just swaps names and clothes with the others. The story doesn’t even matter, there is no overarching narrative. You are simply there to do exactly what the game tells you to do, kill the bad guy.

Replay value is presented as an opportunity but it is not one I would recommend. The small amount of levels and existence of multiplayer makes the experience easily replayable but not worth it to do so. The entire game can easily be finished within an hour, but afterward you might be asking for your money and your time back.