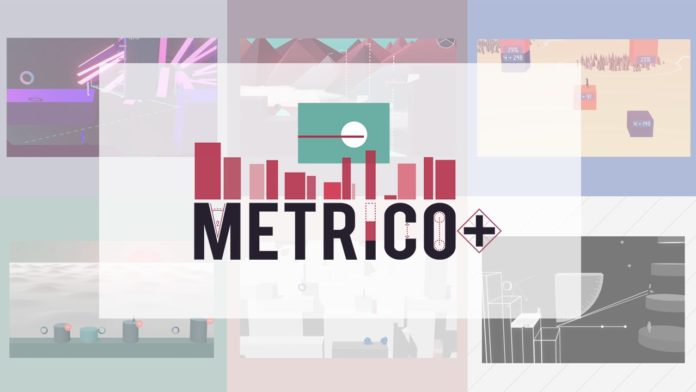 When I was at school I, like many I’m sure, questioned the purpose of algebra and the like. I never cared for what the values of X, Y and Z were and how they made a difference in the real world. Don’t get me wrong, I know there are professions that need these equations. I am aware things like trigonometry and geometry are important but I never thought I would get involved with them again. Especially in a videogame, so this is where Metrico+ angles its way into your life.

Metrico+ is described as a puzzle game that takes place “in a world of infographics.” Originally a release on the PlayStation Vita, Metrico+ is unique game by developers Digital Dreams, it recently released on Xbox One, PS4 and PC. It’s certainly a strange one. The world is inhabited with pie charts, bar graphs and  line diagrams. These infographics not only create the world that your character inhabits but they react to every action you take. A jump, walking to the left, falling off a ledge, restarting a sequence; any of these could be something that helps you solve a puzzle across the six worlds. 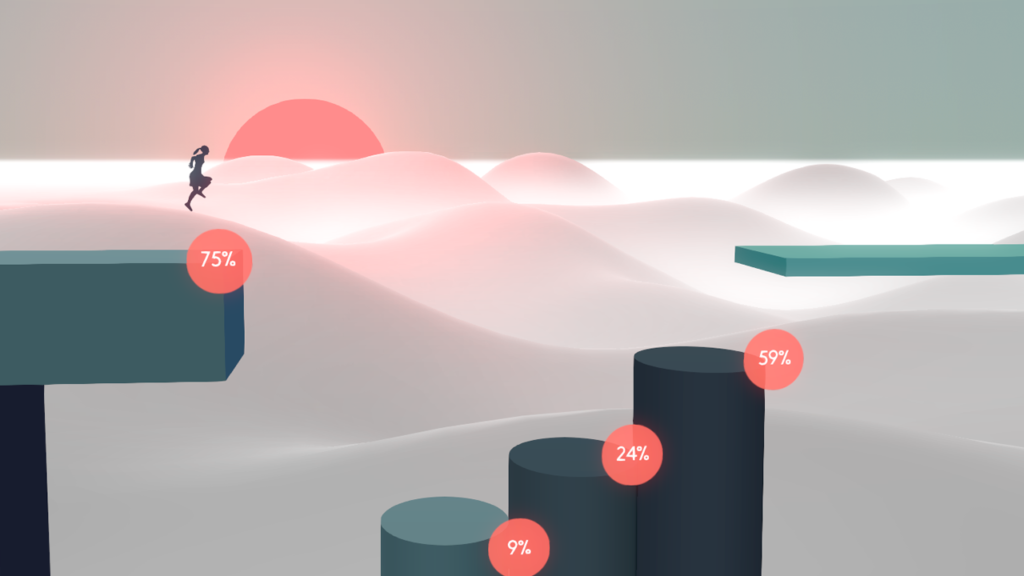 Each of these worlds have a unique color style and look, utilizing an increasing number of games mechanics as puzzles become more challenging. The difficulty curve never feels overly harsh. Though there are plenty of times when you will be scratching your head for a while. The game defintely encourages you to think outside of the excel spreadsheet that’s for sure. If you get stuck, you can and should try anything and everything. Literally anything you can do with your character may well be key in solving the next puzzle.

The game does help you along, often the infographics will show a percentage or fraction figure. These figures help you try to figure out how many times an action is required, or how much leeway you have to solve a puzzle before a restart is needed. Individual colors throughout the level in puzzles will show separate actions that are required. As you progress through the level new abilities are unlocked including a weapon that is multi-functional.

There are enemies, of sorts, in Metrico+. Though not an evil race, or minions to a protagonist, these enemies can harm you. But sometimes, this is needed to help you solve a puzzle. Other times shooting said enemy, but not killing them may be what you need to do to progress. Change the way you perceive enemies! Your weapon can also be directed at walls and bounced around the world (by holding the, right trigger) in order to move forward.

Even now, I have no idea what is going on in the story. You seem to be a black silhouetted human trapped in the rat race of inforgraphics, for humans. When you reach the end of a world you are transported to an eerie corridor with one or two doors. You select a door and have enter to activate a giant console/device. You get raised into said device and you lose the tissue surrounding the bone of a particular body part, indicated on the reflection of the door before you enter…yeah! Weird! The game encourages you to “create your own story.” Whether that’s a get out for “we didn’t bother with a story” is anyone’s guess.

Thankfully, the story doesn’t get in the way of the puzzling and is just a weird addition to the whole escapade. Music wise, Metrico+ boasts the stylings of Dutch Palmbolmen, an electronic musician. If I’m honest it really isn’t my thing, but it fits with the style and tone of the game. The music, or sound effects were intrusive or offensive to the ears (always a good thing to get down). Though when I was stuck figuring out a puzzle I did find myself getting slightly irked at the music. Like all music, however, its subjective, if I was listening to Muse I know that wouldn’t be the case and vice versa for someone else. 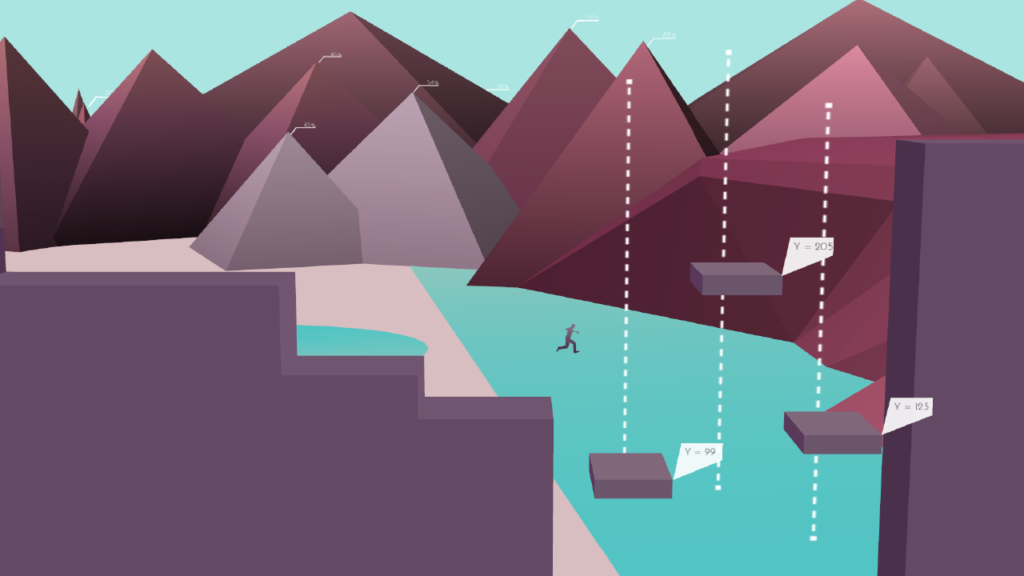 The game handles really well and the controls are simple and easy to get to grips with. You literally start with directions and a jump button. More mechanics are added as you progress and the game doesn’t initially tell that a new feature is now available and indeed necessary. I believe the idea is to encourage you to figure it out for yourself. To be strong and independent! Once you’ve button mashed it does prompt you with an almost patronising “did you know” prompt! Not that that’s an issue of course.

The only real criticism I can lay at Metrico+ is in the length of the game. There are six worlds, sounds reasonable enough, but they’re not overly long. Even if you have spent a bit of time with a particular puzzle within the world you will have it finished pretty quickly. Within two or three hours I had pretty much got to the end of the game.

There is more to it than that of course. A range of collectibles litter each level in the form of a pie chart. Completing the puzzle where the collectible is in the ‘correct’ way will fill all three segments making it possible for you to pick it up. If you don’t then you can’t get that collectible until you figure it out. I like this idea, it allows you to play the game as you like but work towards that perfect solution. There are also achievements for speed runs. Apparently all the levels are doable in less than 25 minutes! Of course, you need to know each puzzles solution and not mess it up. There are also achievements for completing certain tasks within each level. A particulary tricky one is in world four where you have to complete it without using the direction ‘left’ (literally no walking to the left!).

Metrico+ surprised me. I wasn’t expecting the game I got and I certinaly wasn’t expecting to enjoy infographics as much as I did. The style and presentation of the game is fantastic and the puzzles were challenging but never unachievable. Just some ‘out of the box’ thinking was needed, which is great. Challenging perspectives and ways to approach problems is something we could all benefit from and Metrico+ does a great job in doing this.