One major upcoming title from Microsoft is State of Decay 2, which was unveiled at the 2016 Xbox E3 press conference. Undead Labs is developing the game for Xbox One and Windows 10 with a release date of sometime in 2017. Undead Labs appears to be waiting for this year’s E3 to fully unveil the game’s details. However, gamers now have a bit more to chew on while they wait. Earlier this week, Josh Stein, Community Manager for Microsoft Studios, posted some new State of Decay 2 concept art. Here’s the art: 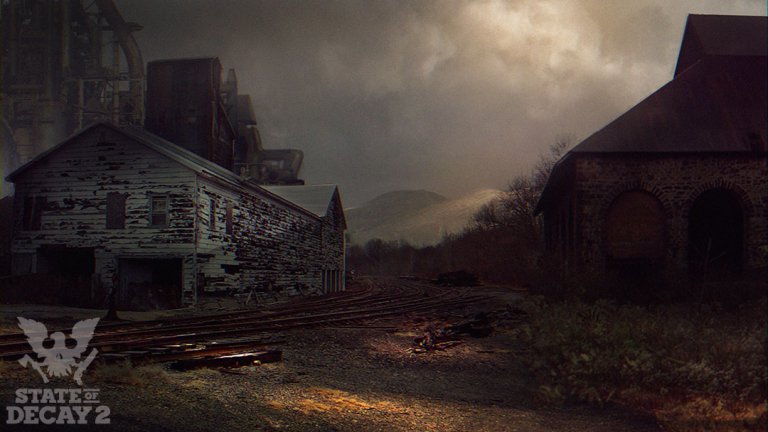 He explains that “This image shows a really early (as in before we even announced to the community) exploration into what a more industrial area might look like in State of Decay 2. We were feeling our way through the process of keeping the rural vibe, but add in a little more industrialization. While this exact scene does not appear in the game, you will see elements like factories and railroad tracks.”

Some pretty interesting stuff. I’m a huge fan of concept art, even to the point of collecting the special edition art books that games sometimes have. As such, I love how Undead Labs is releasing pieces of art to the community every week. It’s an interesting way of revealing the development process and how game ideas evolve over time. It also helps fans get a constant sense of engagement with the developers. State of Decay 2 seems to be a much larger experience than the first game was. Hopefully we will get the full details on this game at E3. Until then, we can look forward to these weekly pieces of art.