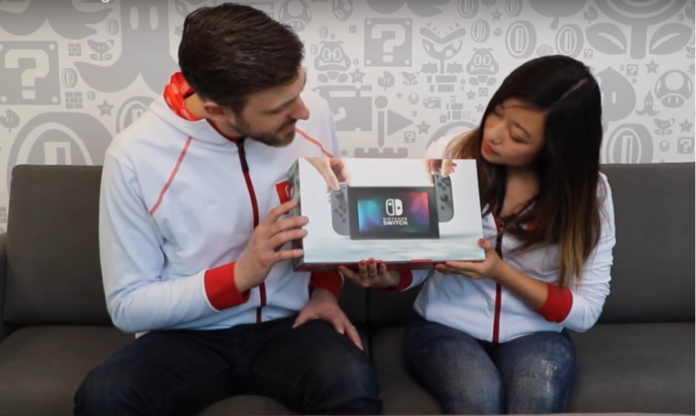 Are you excited? Nintendo Switch is only NINE days away! Of course, recently we have seen more of Nintendo Switch than perhaps Nintendo would have liked. With the unofficial leaked images and videos from someone who had reportedly acquired a Switch through nefarious means, it was probably only a matter of time before Nintendo released an official unboxing of its upcoming console.

If you don’t want to spoil the surprise on launch day I would probably not carry on reading (or watching). Though I will say that the video has got me more excited for the Switch’s launch come March 3rd. My original intent? To not watch any unboxing videos, but there’s some cool stuff I didn’t know about Nintendo’s new baby detailed in the video.

Take a look for yourself and see what you think:

Despite the slightly QVC feel to the video initially and the obvious sexual tension between the two presenters, it’s looking pretty cool right? The guys at Nintendo Minute are obviously very happy to be holding a Switch and understandably so.

So what new things can we glean from this YouTube video?

So there you have it. Some cool new info and a fun official unboxing video to get you even more hyped before Nintendo unleashes the Switch onto the market next week!