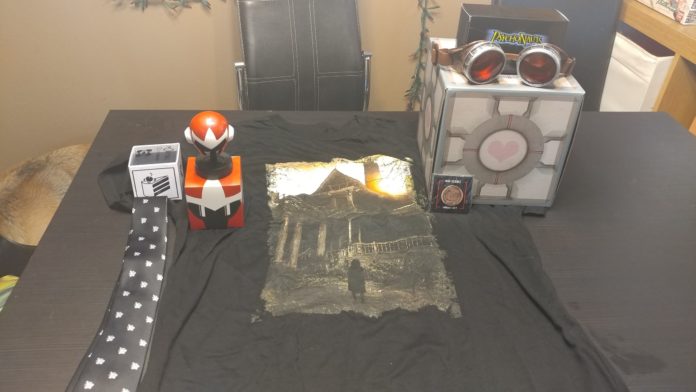 It’s a brand new year and with that it’s time to see some brand new stuff over here on Real Game Media. Now, we cover all sorts of games and entertainment, but you know what we need more of? Monthly blind boxes! Fortunately, Loot Crate is sending us the Loot Gaming box and we’re going to share all the cool stuff inside! 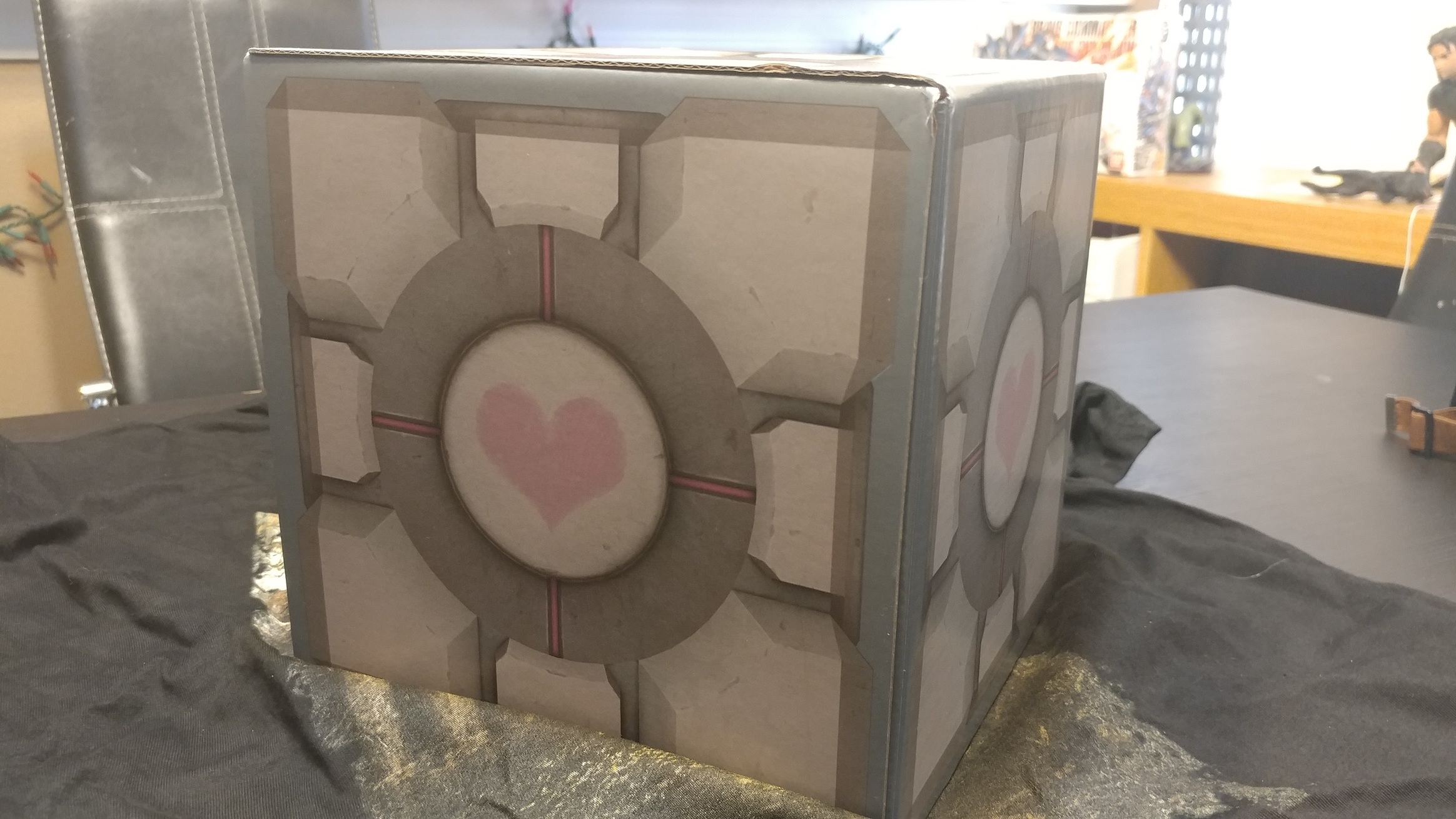 Well, normally I wouldn’t include the actual box that everything comes in, however, when you turn the box inside out, it becomes a companion cube. It’s a cute little goodie that isn’t anything super crazy but something that Portal fans will enjoy. Plus, it is a great little storage box. 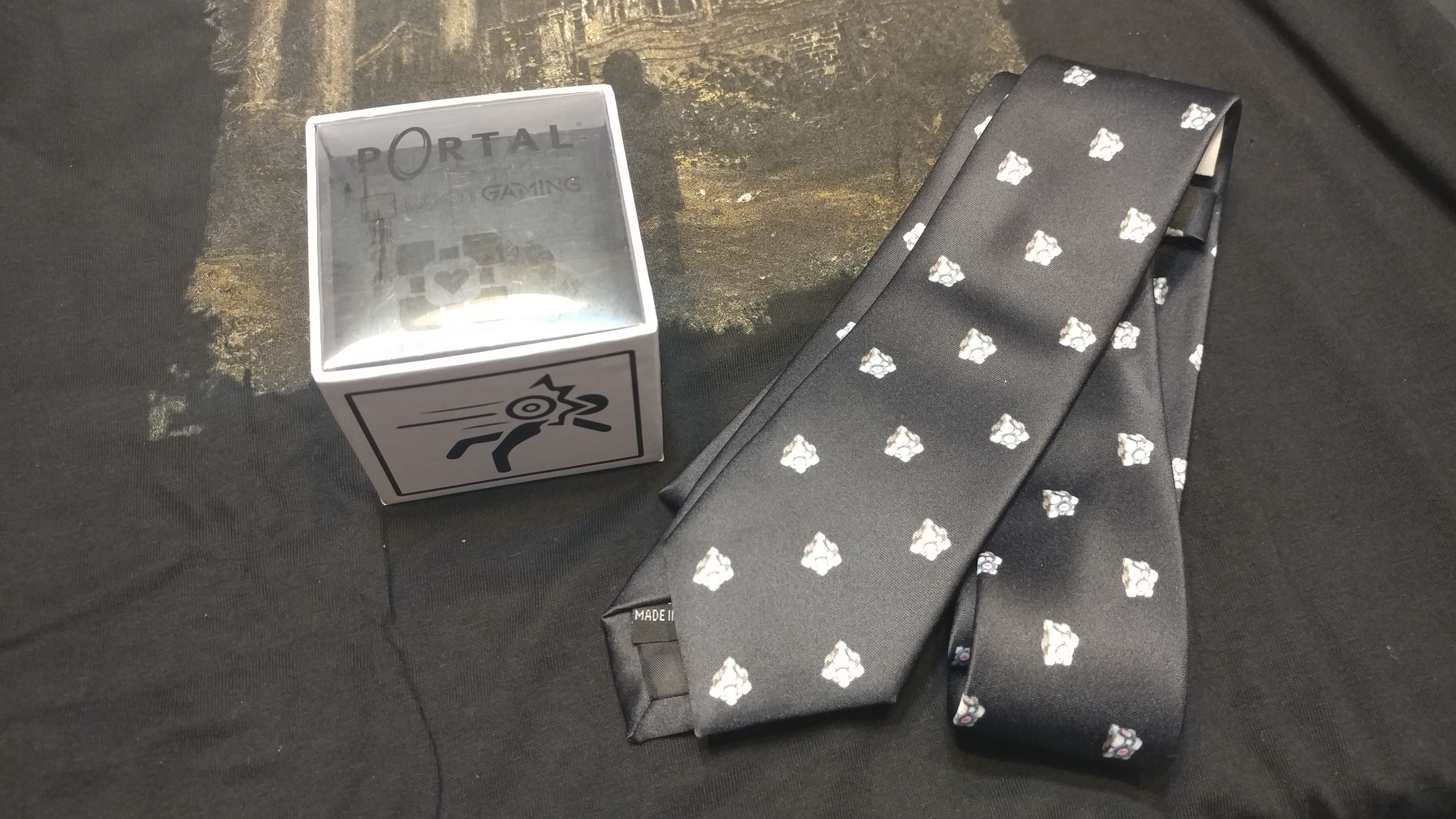 Ah, so the companion cube/Portal theme continues with a Portal-themed tie. It is actually a pretty nice skinny-tie that is from Valve itself. I actually was on the fence at first but I wore the tie out last week and anyone that realized what it was got super excited by it. Silky and comfy, it’s totally cool if you have a use for it. 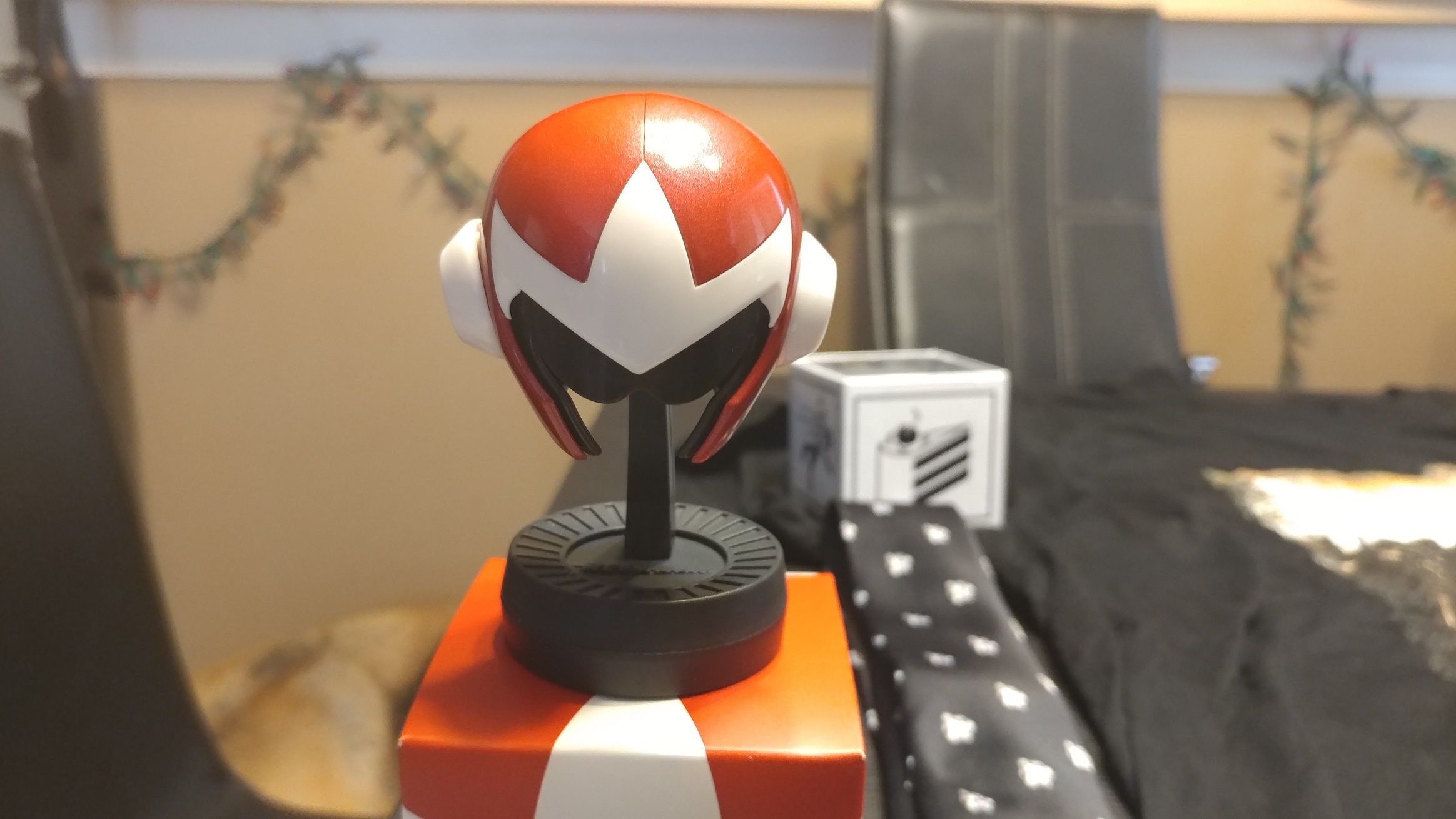 This is one of the gems of this box. A few years ago, Loot Crate included a Mega Man helmet in a one of their boxes. The Proto Man helmet is really nicely detailed but isn’t nearly as high a quality as the Mega Man one from a few years back. The exclusive helmet, available in this Loot Gaming box, is still welcome to sit alongside my Mega Man one. 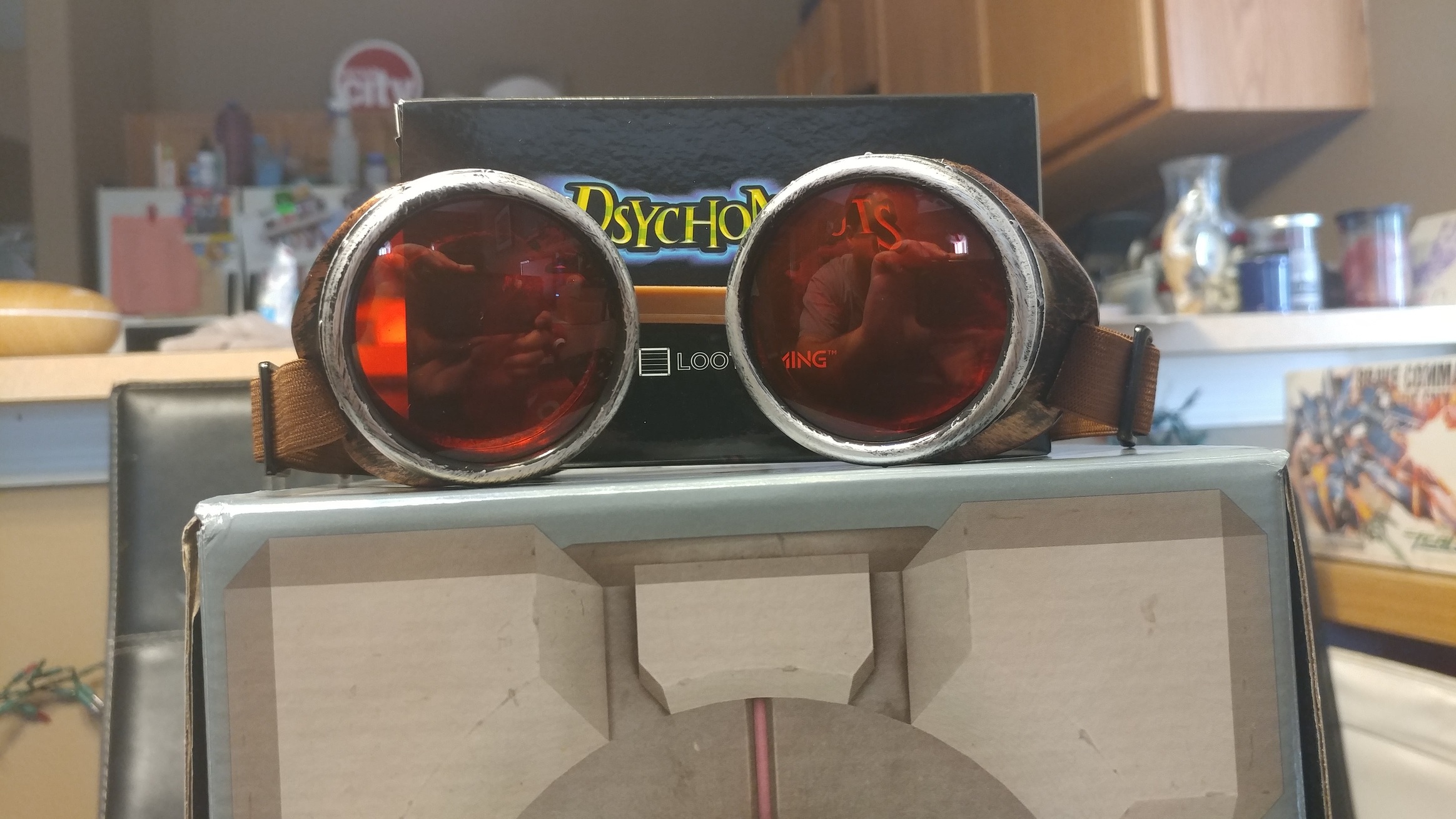 Confession time: I’ve never played Psychonauts. I am familiar with the game though, and know enough about it to recognize Raz’s signature goggles. So, when you put these on, all light has an extreme red hue to it. I don’t know why but it was a little jarring at first. Not something you’d probably wear out in public on a normal day, these truly highlight just how unique the items are that you may get in a Loot Crate. 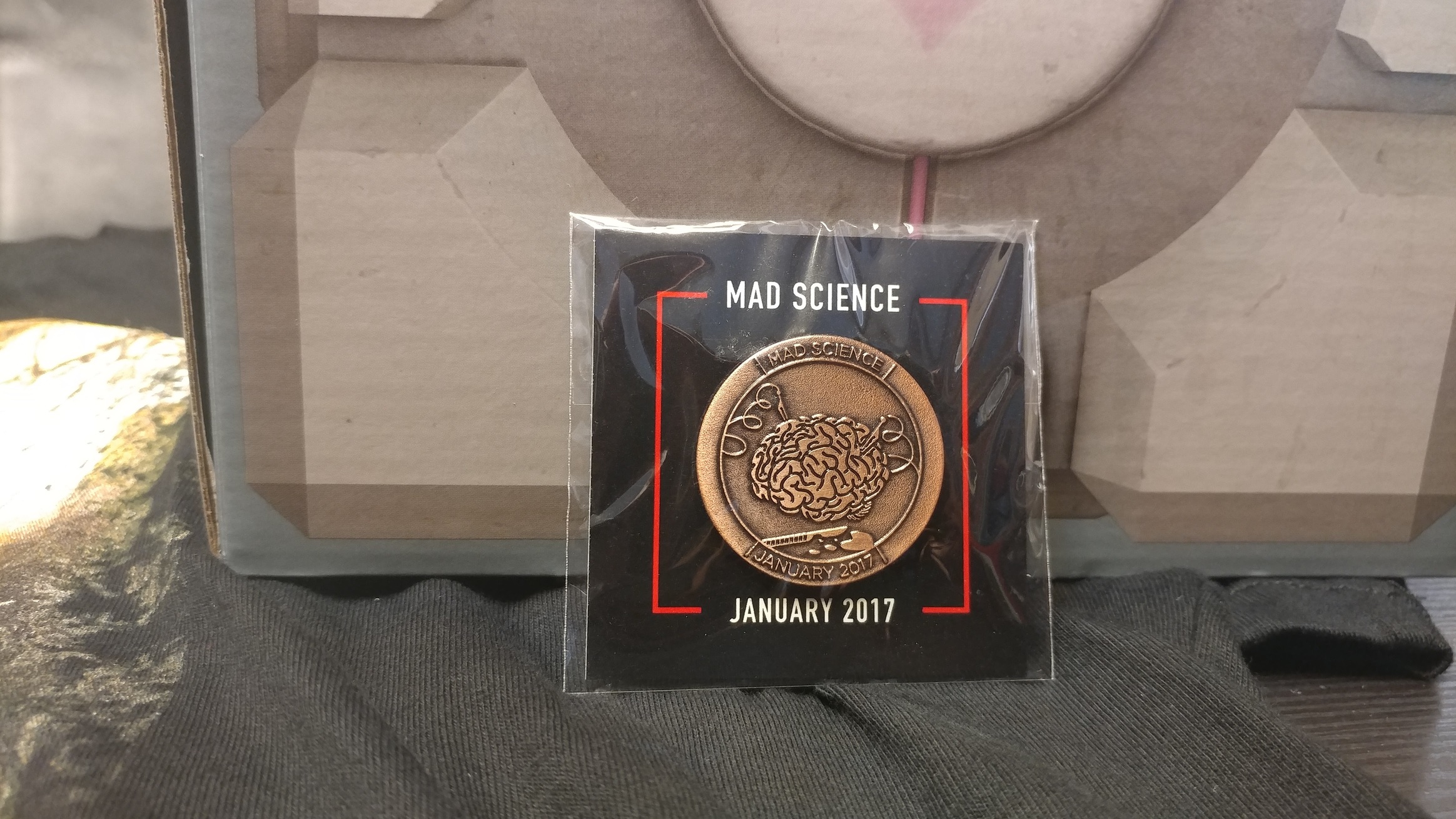 Loot Crate pins used to be simple pressed pins that had an orange ring and some relevant picture on the front. Since last year, the pins have been high quality and die-cast with a straight back so you can attach it to almost anything you can imagine. Yeah, they are much cooler. 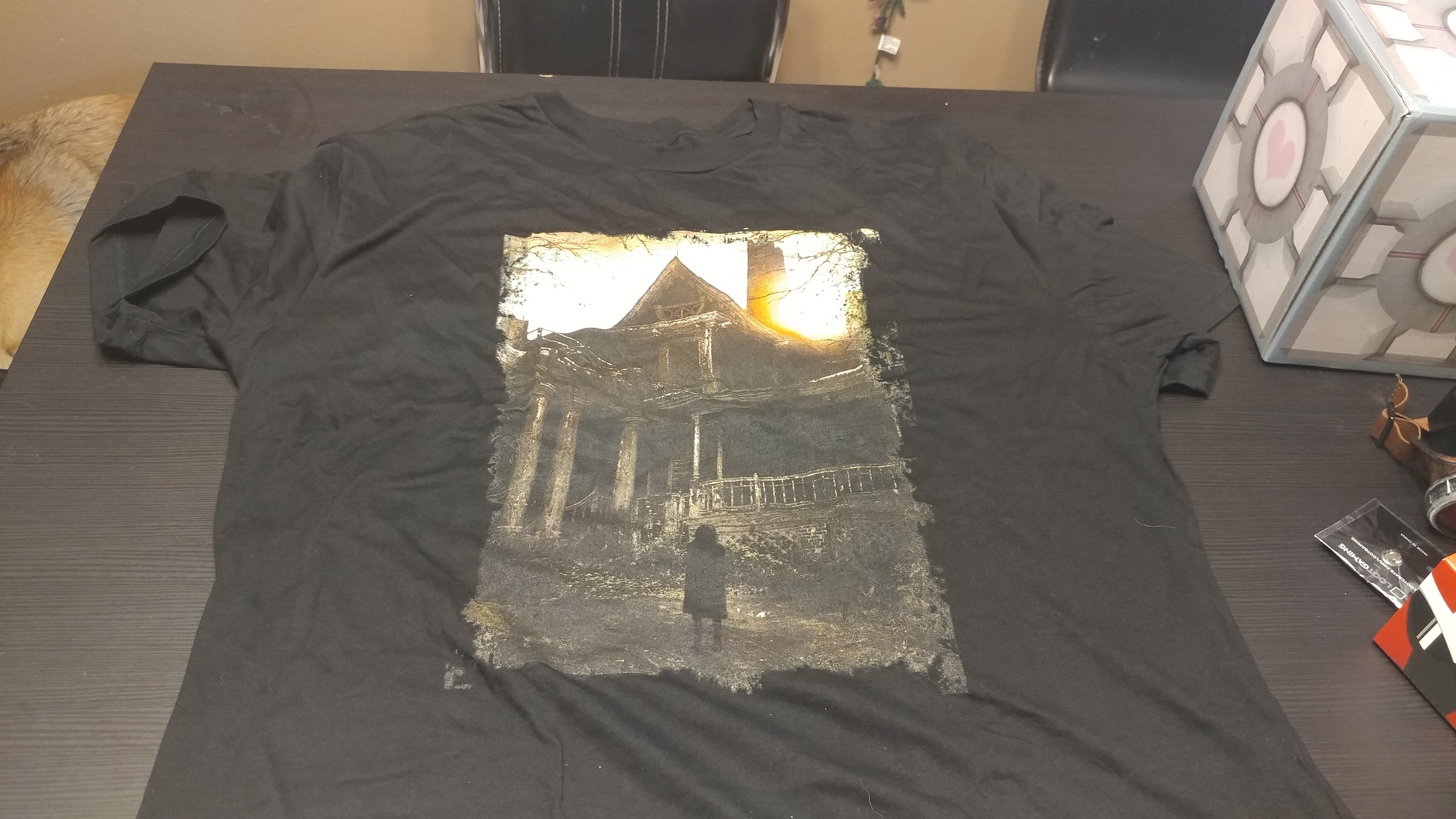 January’s most notable release is memorialized for Loot Gaming members with a Resident Evil 7 t-shirt. Now, Loot Crate and Gaming shirts are always high quality and this shirt is no exception. If I had any small complaint about it, it would be that the design on the front is so heavy makes the wearer feed like you have a plastic sheet on your chest. I imagine with a little wear, the shirt will break in though, and you can rep the triumphant return to form from Capcom’s thrilling franchise.

Let’s go ahead and get that LootScore™ together

That means our LootScore™ comes out to:

A solid, yet almost forgettable Loot Gaming box. There were some neat items but no real killer loot this time around!

Next month is teasing something from the new Legend of Zelda Game, Breath of the Wild. I imagine it is going to be a much more interesting crate and I can’t wait to get my hands on it. You can follow this link here, or use the code RANDOMDROPS to get a discount on Loot Gaming, or any other box Loot Crate offers. See you next month!