The top-down RPG has become increasingly rare in today’s gaming industry. As the years have progresses, most modern RPG’s have become strictly 3rd/1st Person affairs with the focus being on the game’s action elements. Subterrain takes it back to the old days of top-down RPG, but uses heavy atmosphere, a retro art style, and some modern gameplay mechanics that helps turn it into an intriguing hybrid of old and new.

Developer PixelLore’s gaming debut provides players with a challenging experience that enforces survival elements like hunger, thirst, and even bathroom-related needs along with necessary resource management to force players to use the items provided by the environment accordingly.

The game may be held back by a clunky user-interface and sometimes overly-simplistic combat, but Subterrain is propped up thanks to a healthy amount of weapon options, great atmosphere, and an engaging amount of RPG elements that help make the gameplay experience both lengthy and entertaining.

Structured like an retro-style top-down RPG, Subterrain has you fighting against zombies and other members of the undead/monster variety. With many weapons types and offensive options to combat them. Since the game starts with you as a prisoner, you start with your fists, move onto low-quality melee weapons, and then firearms. The game’s map is split into multiple individual sections in which there could be any range of obstacles, enemies, or simple interiors to take up the space. Much of the map has a procedurally-generated feel as it’s difficult to predict what will be in each section of the map, allowing for a good sense of unpredictability with each section.

While you travel, your character has a bar that measures their thirst, hunger, and even your bladder (yes, there’s a bathroom meter). As you travel around, it’ll be vital that you stock up on food, water, and assorted options for your bathroom needs just in case. Bullet conservation and a stockpiling of weapon options will also be important because of the random nature of enemy appearances. When combat begins, it’s somewhat overly simplistic and clunky at times. That being said, the healthy amount of weapons available helps add variety and fun to encounters that could’ve gotten old quickly.

Enemy variety isn’t too expansive either, but they offer up a worthy challenge with each encounter, especially with the multiple difficulty levels that you can choose from. The first couple difficulty levels are a tad bit too easy, so the latter options will work best for those seeking a strong, consistent challenge.

The crafting and mining components of the game is another strong part of gameplay as it offers a sense of value and strategy in what the player keeps, recycle, or just tosses away. You scan through your items, mission tasks, and more through the game’s scroll-heavy menus. Although the menus allow you to visualize all of your necessary tasks and items, the U.I can be quite cumbersome and click-heavy in order for you to do relatively simple tasks. The font on these are relatively small as well, leading to a bit of difficulty when you’re trying to scroll through the menus quickly and effectively.

The game also struggles with effectively letting you know what to do next. There will be a quick on-screen prompt that appears after you do a task, but it’s not always easy to remember if you miss it the first time. There is a separate menu available that’s more mission-focused, but the process is still more time-consuming than it needs to be.

In terms of the survival elements, they are well-implemented and add a fun wrinkle to gameplay. Having to stockpile food and water just in case you start getting hungry or thirsty helped strengthen the “survival” aspect, especially when there’s a lull in enemy appearances. The bathroom component is a humorous addition to the bunch, even if it’s the weaker survival element of the three.

Overall, the gameplay is held back by somewhat sluggish combat but is then raised up by unpredictable enemy appearances, great weapon variety, worthwhile crafting and survival elements, and a loot system that motivates you to search every little nook and cranny. 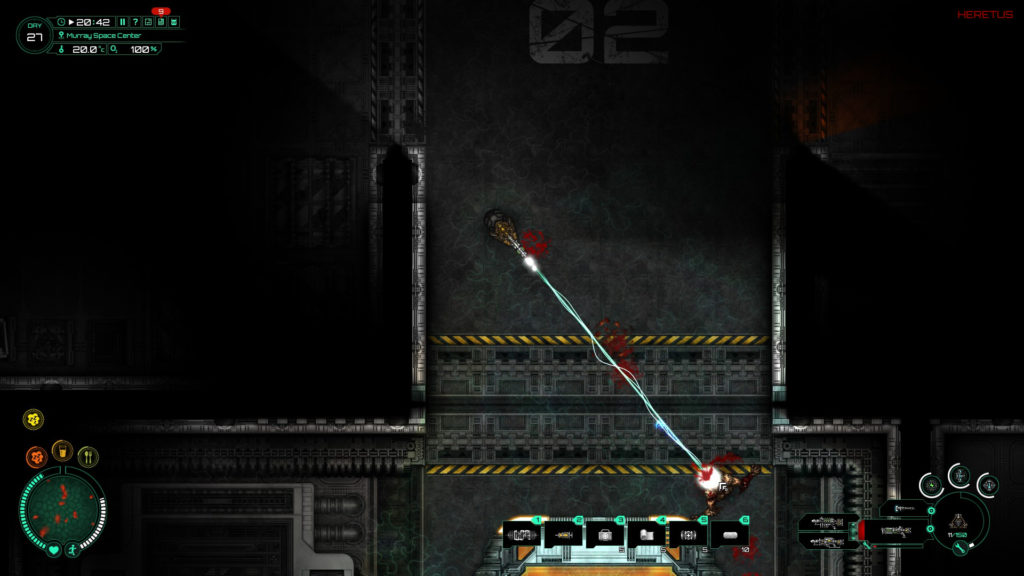 The graphics stick with a mainly 2D style to maintain the retro appeal established from the opening cutscene. This visual style works as it matches the retro gameplay and simplistic controls and aesthetic. The cutscenes adopt a more stylized look and the gameplay sections look far more simplified by comparison, but both components feel true to the time period that Subterrain is going for. The cutscene graphics are the most appealing as they feel almost like a graphic novel with the panel-like framing and even the colorful in-panel subtitles.

That being said, the in-game graphics aren’t quite as appealing. Lacking detail in certain sections, the 2D aesthetic can sometimes falter as the environmental details are dragged down in the process to accommodate the lower level of overall detail.

Where the graphics shine the most though is in the way it helps establish the off-putting atmosphere. The blood and bodies scattered everywhere, as if the enemies were scattering them just for you, helps add the intensity that strengthens the game’s aesthetics and tone effectively. The heavy atmosphere allows every enemy encounter to be startling and intense, even when you get the laser gun near the end game. 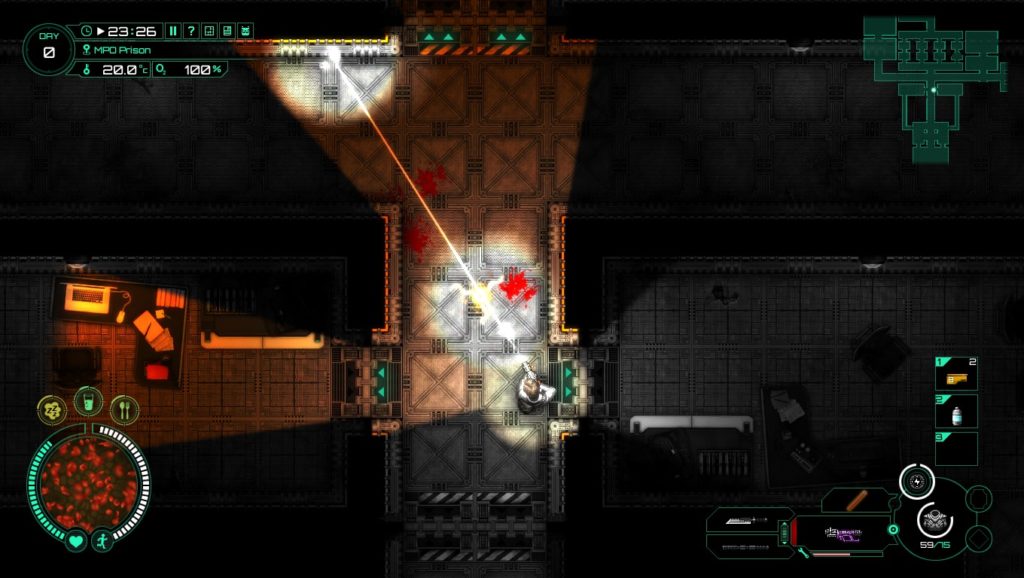 The soundtrack used in Subterrain is, to put it simply, effective. Each track has an unsettling edge to it that promotes the unease felt by the player. The environments never allow you to feel content, and the music never does either. The music doesn’t quite stick with you for long, but it serves its purpose. 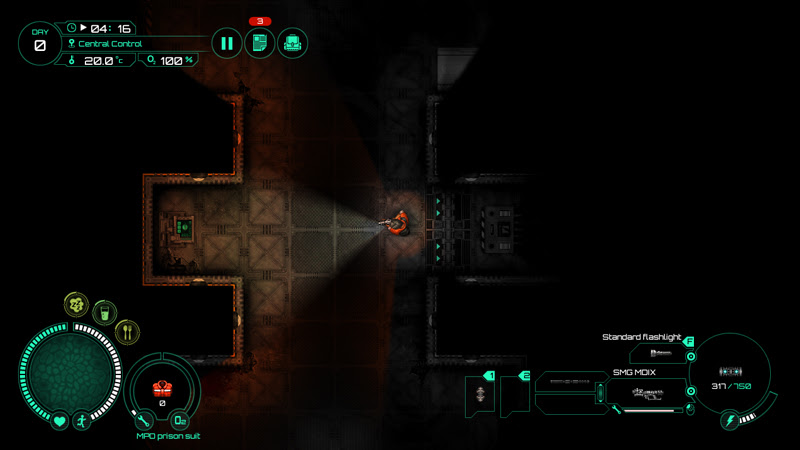 Players play Dr. West, a man who was on the verge of finding the cure for Alzheimer’s finds himself at the heart of a massive accident that gets him thrown in prison. Humanity has effectively colonized Mars. West is imprisoned on a Mars prison, but is then released to fend off the unexpected enemy forces. He must find his own means of survival and his own answers in order to get out of the prison alive.

The campaign provided plenty of intrigue and story development to keep me entertained. The initial set-up has ominous undertones to it and allows that first step out of the prison cell to be especially concerning/questionable. The story doesn’t quite utilize the full potential of its story, but it provides plenty of interesting moments throughout the time I spent playing. The campaign IS the main attraction here, and it’s an entertaining experience throughout for those who play through it to its entirety. 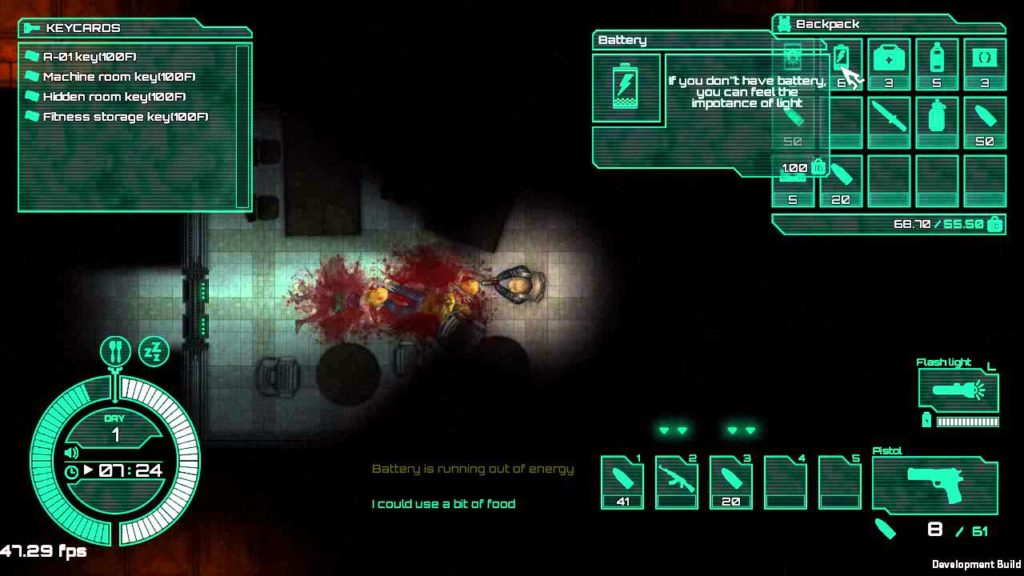 Thanks to the inventive nature of both combat and exploration in Subterrain, there’s certainly some replay value. However, that will depend on how many possibilities you left out of that first playthrough. If you stuck with just melee weapons or just guns the first time through, then there will be many different paths you can take that’ll feel fresh. However, if you already experimented throughout the campaign, then it may be difficult to find many reasons to start the campaign back up again. In the end, there are many different possibilities that’ll bring back players who missed out, but not every player’ll find that. There’s enough fun for a second time through, but it won’t quite be the same as that first time through the Mars prison.