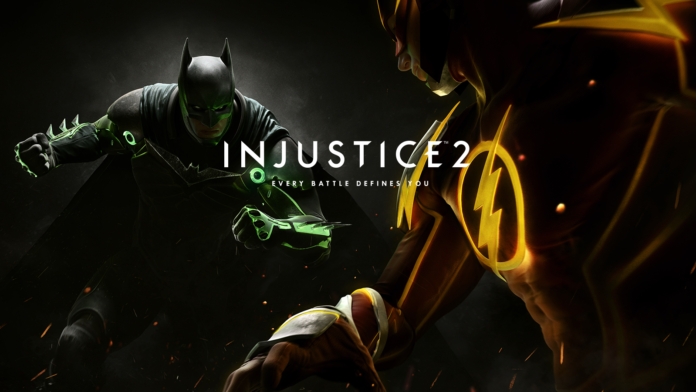 Injustice 2 bolsters a new roster addition in this week’s video and this time, it’s Swamp Thing.

In a month-long coverage through IGN first, we have had Black Canary, Blue Beetle, Robin, and now Samp Thing all revealed as playable characters in the Injustice sequel. All of which who were absent in the original aside from Robin, who appeared as an alternate Nightwing from the Injustice universe.

Swamp Thing is most certainly one of DC’s more lesser known heroes but in this clip, it’s clear his power stands among some of the best. With the ability to control plant life and nature itself, Swamp Thing has made a major effect in the DC comic universe and now looks to be doing te same in Injustice 2.

Swamp Thing will look to be a good counter to the other larger DC characters already on the roster such as Grundy, Atrocitus, and Darkseid, the last of which is only available through preorder DLC.

Injustice was released back in April of 2013 and came out to stellar reviews. Its blend of Mortal Kombat fighting style and DC character lore gave NetherRealm (developers of the Mortal Kombat series) another golden franchise. Perhaps what was most surprising from the orignal Injustice, was the compelling story it brought to the table. Fighting games usually have a bit of a lackluster narrative and NetherRealm’s last take before Injustice was the abysmal Mortal Kombat vs DC which gave fans pause when they heard another take on the DC universe was coming from the studio. But, just as Mortal Kombat 9 revitalized the series, so did Injustice for the DC fighting universe.

The deep and rich narrative of the Injustice universe not only has kept fans eagerly awaiting the sequel but, even has spun off into a succesful comic book series. Of which the story covered the arc of Superman’s fall and rise to power, and now the consequences of the first game’s conclusion.

Injustice 2 stands to be another strong addition the fighting game industry and hopefully, will add another fulfilling narrative to the genre once again when it releases on May 16th.

Will you be picking up Injustice 2? Did you like the first game? How badly do we need a Shrek skin for Swamp Thing? Let us know in the comments below, the RGM Forums or on Twitter.