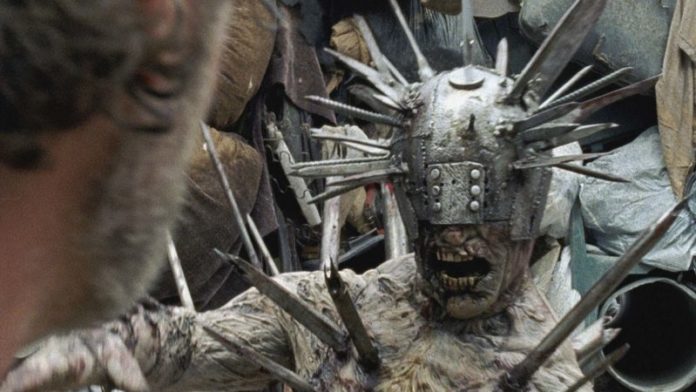 When we last left Rick and co. in “Rock in the Road” we saw that whilst on their search for missing Alexandrian, Father Gabriel, they were accosted by an unidentified band of badly dressed survivors. Quickly surrounding them the episode had ended with Rick grinning inanely and rather inexplicably.

It almost felt like the producers at for this episode were going to pull one of their “wait till next week” type moves. I honestly expected it to be an entire episode set away from Rick and the team, despite what had been discussed by one of the directors this last week. This was not to be the case and we found out a fair bit about this new group of survivors. Not too much though, there’s a lot of mystery surrounding what I am currently referring to as Junkers. Only because we don’t know their actual names as yet. 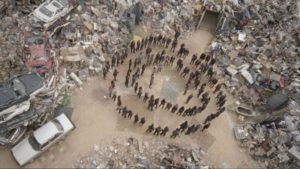 So Rick, Michonne, Spencer, Rosita and Tara are herded into what looks like a huge waste disposal site. Some excellent choreography has them surrounded and I almost expected a song and dance from them as they encircled the captured team. Coming face to face with the leader of the Junkers, we meet Jadis; a short sentenced, imposing woman with a curious demeanour. She speaks simply, presumably a lot of the Junkers have abandoned more complex levels of communication. She declares that they now own the lives of their new captors. Rick, diplomatic as usual, initially tries to befriend Jadis, but is met with a demand for supplies. The implication being that failure to provide anything will result in death.

Rick, looking out for his group, demands to see Father Gabriel before any compromise can be met. After seeing Gabriel, Rick proclaims that the Junkers do not control the groups lives, but The Saviors do. Rick tactfully (threateningly) explains that if they were to be killed by the Junkers then The Saviors would seek out revenge. Rick proposes to Jadis that they join forces to fight The Saviors. With a simple “No” and a slight hand movement, Jadis sentences them to be dealt with. A short scuffle emerges before Father Gabriel manages to grab a knife and hold his captor hostage. Gabriel then moves to suggest that Rick’s group is capable of anything and is able to obtain anything that they require (supplies, food, ammo) from The Saviors, as their reserves are large.

Fair play to Gabriel, didn’t know he had it in him. Also, how toned is he??? By making this move, he actually provides the Alexandrians with an opportunity to prove themselves. Well for Rick to do so, at least. Jadis takes Rick to the top of a tall pile of trash. Behind a slightly too obvious CGI backdrop, we can see a massive environment of waste and rubbish, stretching a fair way. Jadis proclaims “we do not bother, we take“ and asks for Rick to prove his worth before pushing off the rubbish pile. 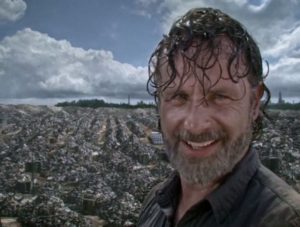 Of course, now you say there is going to be some kind of “trial by Walker”. You’d be right, but I bet you wouldn’t have seen this one coming. In a tense battle, Rick must face off against an armoured and spike-laden Walker. With no weapon and only surrounding piles of rubbish, Rick must scramble and try to survive. Taking multiple wounds from the spikes (most noticeably, one cringey one directly through his hand) Rick is finally able to vanquish the armored Walker using the walls of the rubbish arena against it. This scene is really cool and a great way to change up the threat from a Walker. It felt like a boss from Resident Evil.

Following his success, Rick manages to arrange a deal with Jadis. In return for some of the supplies that they stole from Alexandria and their support against The Saviors, Rick must find Jadis and the Junkers guns, lots of guns and soon. Yes, it turns out those mysterious footprints at the midseason finale turned out to be one of the Junkers. We learn from Father Gabriel that they had come and demanded their supplies back that they had been waiting for from the boat, which Rick and Spencer had liberated much earlier in the season. So Gabriel wasn’t abandoning them! There is a nice moment here between Rick and Gabriel too. Before they head back to Alexandria there is some tension developed between Tara and Rosita. Rosita, annoyingly, wants to immediately head out and looks for guns, despite Rick’s injuries.

Tara insists that the group needs to stay together but Rosita is defiant against this. I found this slighlty frustrating, given what happened not two episodes previously, you would think she may have learnt something from doing her own thing. Apparently not. Before heading off Rick appoints Tara as the teams “where not to look” person. Of course, we know that Tara had found the ‘Oceanside’ village with the all-female survivors; with their huge supply of weapons. It can’t be just chance that they were introduced.

So what else happened this week? Well stuff is happening at The Kingdom and resident troublemaker Richard is getting more frustrated with The Saviors. After another eventful pickup from The Saviors; involving some tense, but brief, weapon play with Morgan and Benjamin, Richard is out to do something about their overlords. He enlists Daryl to scope out a well used route by The Saviors and plan an ambush. The ambush, which aims to kill three cars worth of Saviors would be set up so that The Saviors would be led to the weapons cache that Richard had been prepping. He would also make it so The Saviors would find Carol and probably kill her. This would cause King Ezekiel to throw his crown into the ring and join Alexandria and Hilltop in their uprising against The Saviors. In theory anyway.

The plan would have probably worked if Daryl didn’t stop Richard, having spoken with Morgan earlier in the episode about Carol leaving to live by herself. Before setting out to find Carol, Daryl threatens Richard, if anything happens to her, in anyway, Richard will die by Daryl’s hand. He means business. Upon reuniting with Carol, they share long overdue meal and catch up. Daryl is keen to know why she up and left the group. Carol explained that she couldn’t carry on, she didn’t want to experience any more loss of people she cared about. Cue the awkward question about whether The Saviors came for them. Knowing what we know about what happened and how fragile Carol seems, I was certainly prepared for an emotional scene. How does Daryl handle it? 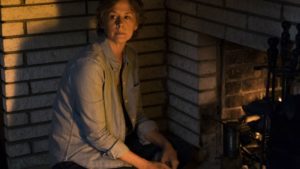 HE LIES!!!!! Daryl doesn’t tell Carol that Abraham and Glenn have gone down a few hat sizes and Eugene has been kidnapped. He doesn’t tell her that Maggie and Sasha are hiding out at Hilltop and that Daryl spent the best part of the this season a captive. And all the other deaths and dramas that The Saviors had brought on. At first I was incredibly frustrated, we know Carol was a kickass character when she was doing her best Terminator impression but we know that she is a human being too. Her actions have consequences. It’s safe to assume that if she knew the truth, she would turn it up to 11 and go on an all out rampage! Perhaps this is why Daryl doesn’t’ tell her. Maybe he wants to unleash the beast when the time is right?

New Best Friends has been another strong episode since the mid-season break. It continues to build on the efforts of the communities to survive, whilst building on their rebellion. It introduces some new tensions and a great and interesting new community. Given how unique a handle The Walking Dead has taken witha zombie apocalypse it was nice to see an almost ‘traditional’ take on survivors. Survivors who have devolved slightly, are just surviving and getting by. Their purpose, to acquire more means to continue to survive. The reuniting with Gabriel and the explanation of Rick’s smile at the end of Rock in the Road was a nice moment. Knowing that “enemies can be become friends.”