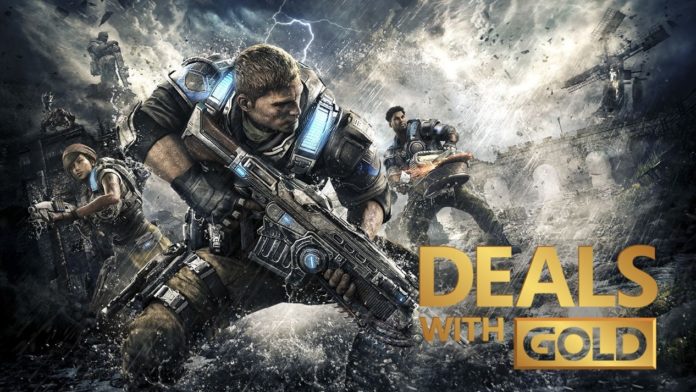 Here we are in the middle of March with another Deals with Gold to go through. Therefore, as usual, Major Nelson has helpfully provided all of the different spotlight and publisher sales for the week. Honestly, this week’s sales are not bad by any means but are fairly lackluster compared to some previous weeks. There are quite a few Assassin’s Creed games on sale for both Xbox One and Xbox 360. Also, Quantum Break is half off, not too bad if you’re looking for a different sort of single-player experience. All of these help to support Deals with Gold.

However, the RGM recommendation of the week will have to go to Gears of War 4. As someone who has been with the Gears franchise since the beginning, for me, Gears of War 4 was phenomenal. Taking place 25 years after the end of the Locust scourge, players take on the role of Marcus’ son J.D. as a new threat emerges. The campaign is a rollercoaster of setpieces and classic action, the plot is intriguing and the emotions run high. Then, there’s also the expansive multiplayer and Horde, both of which are fantastically done. If you’re a Gears fan who’s been waiting, at 50% off I’d jump in.

Supports Xbox Play Anywhere: yours to play on both Xbox One and Windows 10 PC at no additional cost. A new saga begins for one of the most acclaimed video game franchises in history. After narrowly escaping an attack on their village, JD Fenix and his friends, Kait and Del, must rescue the ones they love and discover the source of a monstrous new enemy. Never Fight Alone: Enjoy two-player co-op campaign with friends locally via split-screen or over Xbox Live. Player 2 can select either Kait or Del.

Horde 3.0: Team up with four others and battle wave after wave of increasingly difficult enemies by choosing your combat class, leveling up your skills and deploying fortifications anywhere on the map.