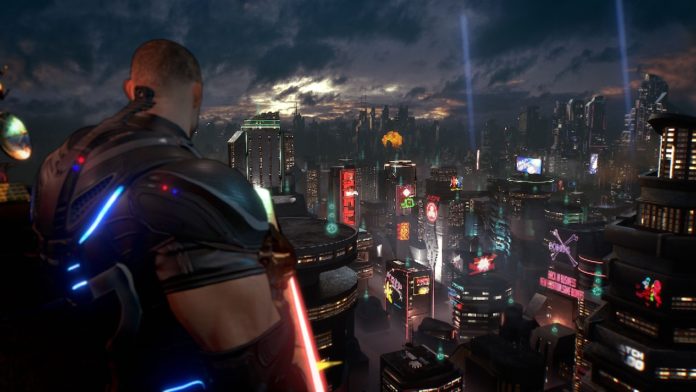 Some interesting new information about the long-awaited Crackdown 3 has surfaced. According to Dualshockers, a panel at GDC (Game Developers Conference) led by Joseph Cusimano of Xbox Azure Gaming showed some of the Crackdown 3 tech in action. In the demo, they showed the difference in performance between having the destruction rendered on a local machine versus the Cloud. Here’s a picture from the panel. 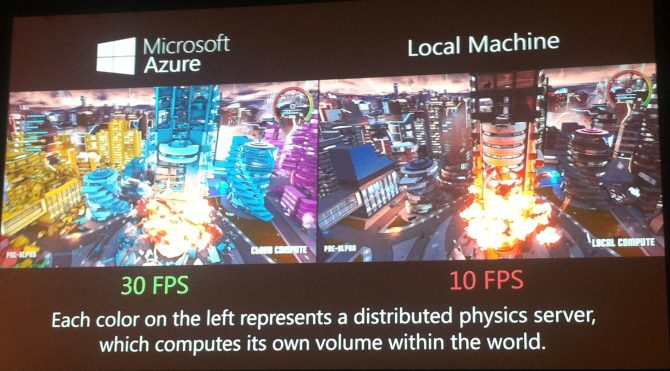 However, things get even more interesting. The local machine in the demo is not an Xbox One. Instead, it’s a PC rig with a GTX 980 Ti, quite a powerful machine. In the image above, you can see different buildings with different colors. Each colored cluster of buildings is a different server, with multiple possibilities pre-rendered in advance. Just one PC or Xbox One can’t keep up with the destruction, however, several servers working together can handle it. All this data feeds into the game server, allowing for a “truly massive, destructible world.”

Microsoft has a lot riding on this. We’ve heard about the Cloud and its gaming possibilities for the last few years. Now, we have seen the Cloud used in some games already. Titles like Halo 5: Guardians and Titanfall use the Cloud to handle the AI in online matches. However, none of these games use it on the scale promised in Crackdown 3. If this works properly, we could see another truly generational leap in gaming technology. Of course, ultimately, we’ll just have to wait and see. Crackdown 3 is scheduled to arrive sometime this year on Xbox One and Windows 10.