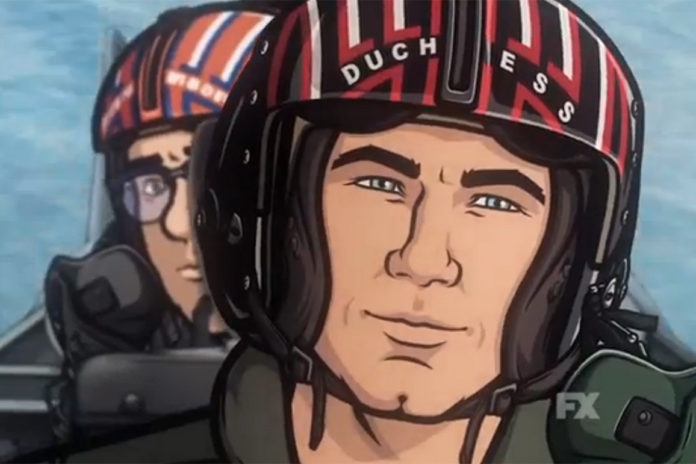 Lana…Lana…LAAAAAAAAAAAAANNNNNAAAAAAAAAAA!!!!! Danger Zone! You haven’t misread anything Sterling Archer is now in Rock Band 4 as a special guest vocalist. Because Danger Zone.

For those who may be wondering what the hell is going. Shut your big negative wordsy mouth and go watch the amazing animated series Archer. Once you have, you will appreciate this on a whole other level. For a refresher, there is a long-running joke amongst the characters in Archer about heading into the “Danger Zone” referring to Kenny Loggins classic 80s song: Danger Zone, most famously known for being the main title to Top Gun.

So the guys over at Harmonix have put in Danger Zone into Rock Band 4 as of tomorrow, March 16th. So why not include Archer and whole host of new content (including a Mass Effect Normandy bass guitar) to go with it?

You can check out Archer in action below in the trailer from PlayStation’s blog:

Reporting on the new update, PlayStation’s blog included some words from Rock Band’s Product Manager, Daniel Sussman who had this to say:

“That’s awesome! But why Archer?” you may ask. Well, I’ve got two words for you: “Danger Zone.” When we received word that the Kenny Loggins mega-hit was coming to the Rock Band DLC Music Library, our thoughts immediately went to Archer. We’re big fans of the show. In fact, you could say that we like Archer as much as Archer likes, well, “Danger Zone”. So we reached out to the good folks at FXX and Floyd County Productions to see if they’d like to do something special for Rock Band and Archer fans and they jumped at the chance. An Archer cameo in Rock Band was happening.”

“For our art team, bringing Archer into Rock Band presented a unique challenge. The Archer TV show is cel-shaded, 2D animation – completely different from Rock Band’s signature 3D style. We experimented with a couple of different approaches for how Archer might look in Rock Band, including an Archer character in the traditional Rock Band style, but ultimately decided that the best approach was one that was true to the look and feel of the FXX series, so we created a custom cel-shader in Rock Band just for this character. The end result is an Archer that looks like he was pulled straight from TV and dropped on stage. We think he looks awesome – he almost pops off the screen!”

If you’re anything like me, you’ll have thought the same thing. Wouldn’t it be awesome if Archer’s voice actor H. Jon Benjamin recorded some vocals as Archer for the game. It would, it really would. I tweeted out to him, now we just keep all fingers crossed, because how freakin’ epic would that be!!!!!