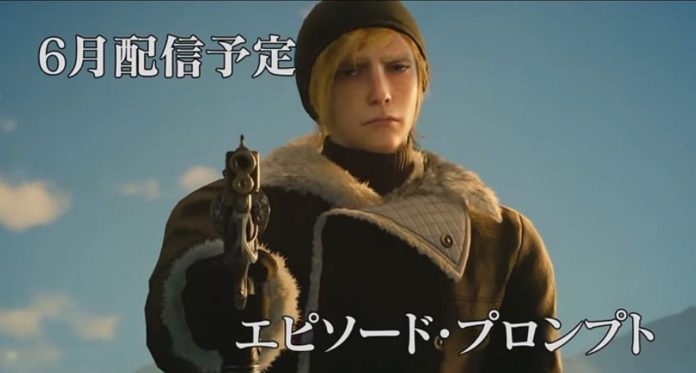 One of everyone’s favorite Final Fantasy XV characters has had his own DLC released today – Episode Gladiolus.

What we were not expecting though was to find a teaser video for the upcoming Episode Prompto DLC.

Square Enix hinted at a surprise during a PAX East panel two weeks ago, so it looks like this is what they were alluding too, and for those who can relate to Prompto’s character, you are in for a bit of a shock.

This rather dark short teaser suggests that very tough decisions are ahead for Prompto that will potentially change his personality and the way we view his almost child-like innocence.

You can click here for more details on the March Update and Episode Gladiolus.

You can check out the brief teaser below: