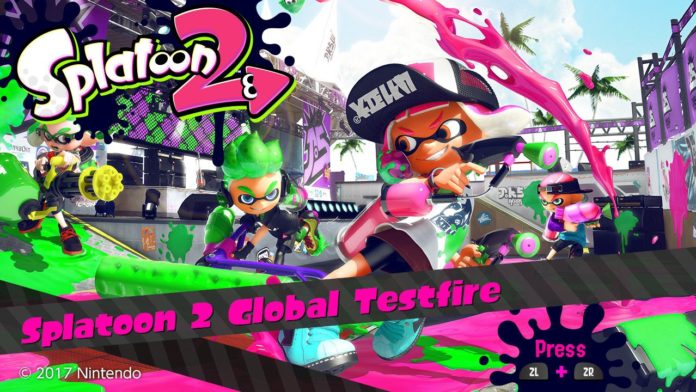 All images contained in this article were taken in-game using the Switch’s screenshot function.

Splatoon 2 is due to release this summer for the Nintendo Switch. To whet people’s appetite, Nintendo ran a “global test fire” last weekend. An opportunity for eager new Switch owners to give the upcoming multiplayer shooter go. The test fire was also an opportunity for Nintendo to stress test its fledgling online service. 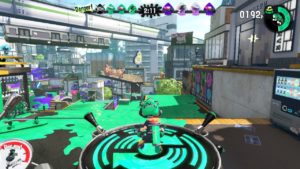 The test fire was split into six-hour sessions between March 24th – 26th. Giving players six hours, split into six 60 minute sessions. There were six sessions per major time zone and they were spaced out at various times throughout the day. Some in the dead hours of the morning. This makes sense from a ‘testing the servers’ perspective. They need to know that their servers are functional at all times of day, with active players on them. So what about the game? I have, admittedly, not been able to play Splatoon previously, as I have did not own a Wii U. With this being my first experience I wasn’t sure what to expect. 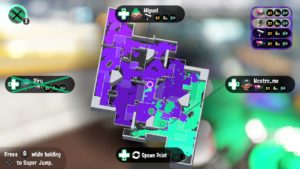 The aim of the game is fairly simple. In the mode available in the test fire, players must compete to get the most ‘paint coverage’. Your weapons fire paint and you must attack players and cover the environment with as much paint as possible. The team with the most coverage combined with the highest score (achieved through coverage and kills) are the winners. You only have a finite amount of paint and you replenish your ammo by pressing ZL over your color of paint. By doing so you will submerge as a squid and absorb the paint, refilling your weapon. 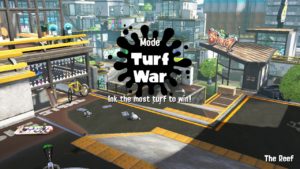 As you can probably tell, the game is delightfully bonkers. From the off, there are is a lot to like the look of. The game is colorful and has a lot of personality. Immediately before playing you get to give a quick tutorial a go. What I immediately found out was that there are motion controls. By moving your Switch around (in tablet mode) you aim your weapon. Needless to say, this feature was quickly disabled. Though I appreciate them using a functionality of the Joy-Cons, I did not want to be flailing around my front room (or anywhere else for that matter) as I fired paint at randomers. 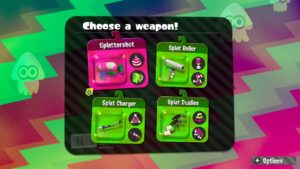 With that ordeal over, you can get right into a match. Before you enter the lobby, you are given a choice. Which of the four weapons will you choose. This is essentially you picking your class and each weapon provides a significantly different experience.

The four weapon choices are as follows: 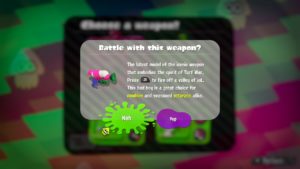 Splattershot – the Splattershot is your go to first weapon, it was for me anyway. It is your standard weapon and isn’t too difficult to get to grips with. It has decent paint coverage and damage to opponents. 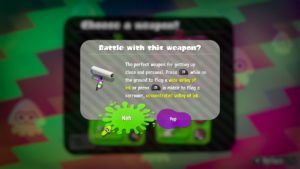 Splat Roller – by far my favorite weapon. Your weapon is literally a giant paint roller. When you press ZR to attack you roller hits the floor and you get a great amount of great paint coverage. If you hit an enemy you one hit kill them. You are slower than other classes, however. 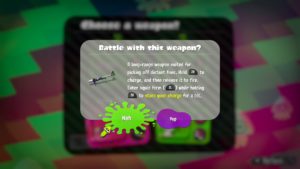 Splat Charger – I didn’t get on with this one as well. I have no patience as any sniper type character. This weapon has the ability to fire long ranges. By holding the ZR button you charge up your shot, increasing your distance. Paint coverage is less with this weapon. 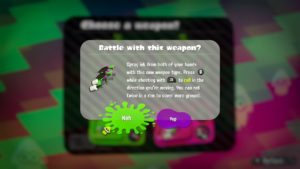 Splat Dualies  – get your classic ‘akimbo’ on by having a dual-wielded paint pistols. There is a rapid rate of fire but seemingly shorter range. Paint coverage is fair to middling. I played these less, more drawn to the Splat Roller.

The games themselves don’t feel overwhelming. Though, the first two or three I did not do as well I would like. Some players are seemingly on a level like it was second nature. But after getting to grips with the controls (and massively turning down the R stick sensitivity) I started to make progress. It’s super important to acknowledge the team dynamics. Having a good variety is key to taking on any challenges that present. You don’t seem able to change class mid-game either so you are stuck with your choice. Fortunately I didn’t see any full teams of one class, but I am sure that will happen eventually. 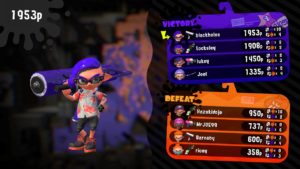 The rounds are about five minutes long. You don’t seem to be waiting around to long to get into a game and I didn’t notice any issues with lag, connection drops or other bug bears of the online gaming world. This is certainly positive to see, especially if Nintendo are planning to make a big push to support online gaming. In terms of in-game technicalities I didn’t have many complaints. Splatoon 2 does seem slightly picky as to where you can apply paint, in terms of verticality. You are supposedly able to use your ZL squid ability to traverse up walls using the applied paint. This was difficult to enact in the heated battles and maybe needs a touch of fine tuning. 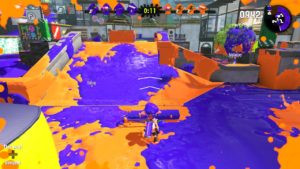 I found Splatoon 2 to be a good-looking and funky game. The sounds were cool and nothing grated. Though I didn’t get much time with it (I sure as hell wasn’t playing at 4am!), I did really enjoy my brief encounter. The game is weird and it knows it. Hell, it openly embraces it (as must we all). I didn’t know much about the Splatoon world, other than mad scientist guy from the Switch stream in January. But after the short time I’ve spent with it over the weekend, I definitely want to know more. Roll on summer.