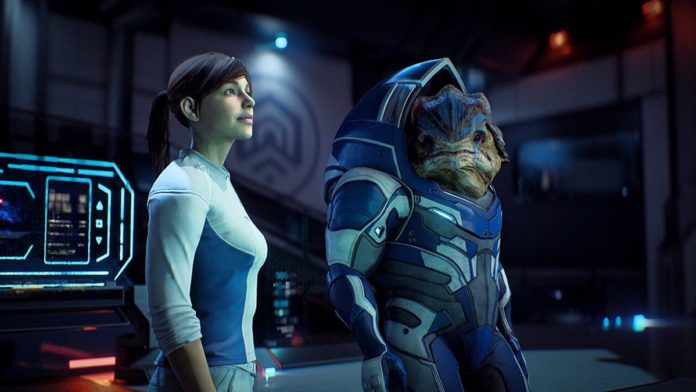 Although players won’t be able to take part in the cancelled open multiplayer beta, that doesn’t mean people should ignore the mode entirely. Mass Effect may be a primarily single-player experience, but Bioware seems ready to balance the content between the two game modes. Mass Effect Andromeda multiplayer will release with a set amount of maps, but the list will be expanded with free DLC maps.

Bioware GM Aaryn Flynn confirmed this fact in a Tweet regarding the DLC for multiplayer. ME3‘s multiplayer had certain weapons and equipment that can cost real money, but the maps were completely free. Flynn, when questioned about Andromeda‘s multiplayer, said that it’d be “just like ME3.” Very little additional information has been released about the multiplayer mode, but the mode will be available to players at the upcoming PAX East Convention.

Fernando Melo, one of Andromeda‘s producers, also discussed how MP will be far more relevant to the main campaign. He discussed how players will receive rewards in both SP and MP when doing MP missions. These missions in MP will help link the two modes together and bring players of both modes together. Melo didn’t mention what the rewards would be, but they’re likely going to offer plenty of incentives. Even if it’s just weapons or gear, any extra incentives will add value to the MP mode. Hopefully Bioware shares more information after PAX East.

It’s unfortunate that players won’t get to try out the mode before release, but everyone’ll have to remain patient. March 21st is fast approaching and Bioware’s next big adventure will be in player’s hands sooner rather than later. Bioware seems to have taken the proper steps to make multiplayer connect with single-player, so we shall see. The limited footage shown is promising, but more is necessary.

Multiplayer footage is scarce, but this trailer offers a quick glimpse into the online experience:

Mass Effect Andromeda comes out March 21st for Xbox One, PlayStation 4, and PC.