In a report from 4Gamer Nier Automata has nearly tripled the sales of its predecessor in its first week alone.

The latest PlayStation exclusive is lining up to be a hit overseas. Nier Automata is an action-adventure/RPG set in a futuristic world filled with its own gothic and sci-fi style. 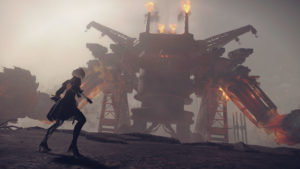 After building hype at both E3 and Tokyo Game Show in 2016 the long-awaited game from Platinum Studios seems to have delivered quite well initially. This is great news for its developer after the cancellation of Scalebound from Microsoft leaving Platinum’s 2017 lineup severely lacking.

The return to the Nier universe adds more than ever before with the support of Sony and the power of the PS4 boosting deep visuals and engaging gameplay. The return of towering boss fights and difficult enemies encounters are better than ever in the sequel. 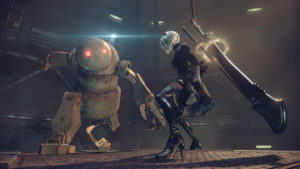 In contrast to previous takes on the series, the original Nier sold 12,500 copies in its first week in Japan and came out to mostly average reviews.

Will you be picking up Nier Automata when it comes to the west on March 7th? Are you a fan of the Nier series? Will the sales in Japan reflect the sales worldwide? Let us know in the comments below, the RGM Forums or on Twitter.