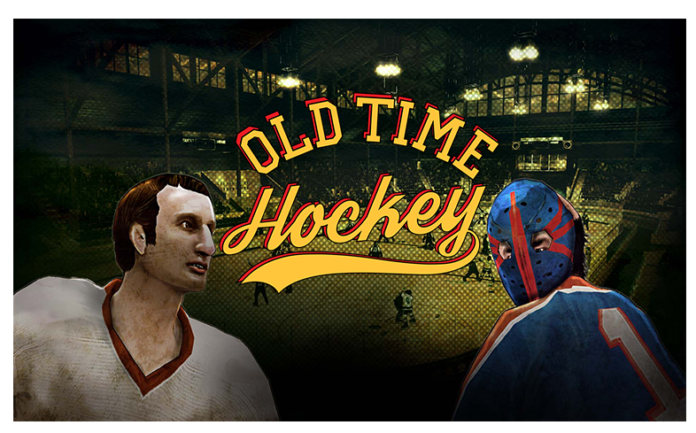 For the last couple of years, hockey games got better and more realistic than ever with the work EA has done on the NHL franchise. Unfortunately, it brought a lot of difficulties with it, making it very difficult for newcomers (like me). So the idea of creating a more arcade-style game, with simplistic controls like the old EA Sports games of the 90’s is very appealing.  With that premise alone, the developers of the game, V7 Entertainment Inc., an indie developer from Vancouver, British Columbia, Canada, had my full attention.

Even if the game is not affiliated with the NHL, it can be a very fun time to have with friends. I was very saddened to discover that as much as I like the idea behind it and the effort to bring something original to the table, the execution was so poor that I had almost no fun with it.

The idea behind Old-Time Hockey is to have a hockey game in the good-old times, making the popular expression alive.  Here, through certain options, we can discover that it is in the beginning of the 70’s.  The game is not affiliated with the NHL, so instead of going for the real teams and players, the developers went for a garage league feel, like what we’ve seen in the popular movie Slap Shot.

The comparisons don’t stop there: the aesthetics are really going all in for this time period, from the appearance of the players, to the color schemes of the jerseys, to the soundtrack of the game. There is definitely an effort that was put towards the goal of making the 70’s alive, and it is really appreciated. 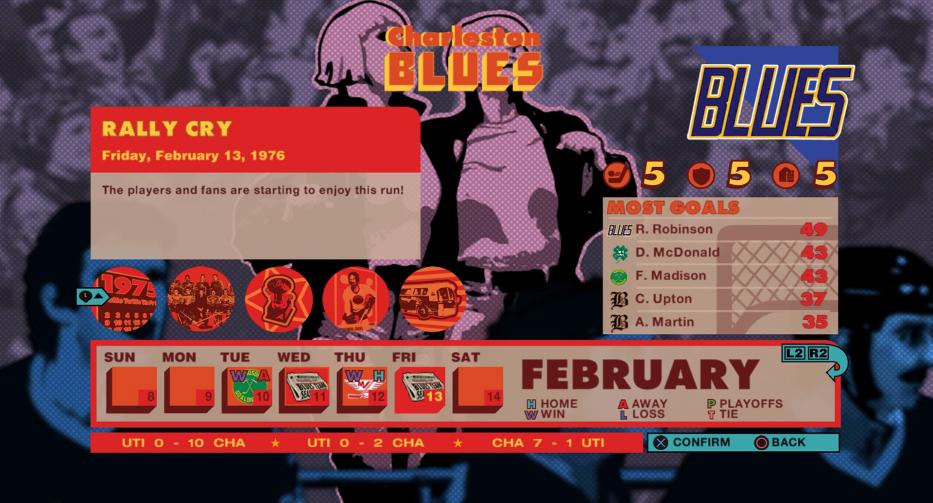 From the presentation of the menu options, to the soundtrack menus and the story mode menus (the equivalent of the “full season mode” of the other sports game), I feel there is a homage to the EA Sports games. The way it is presented, to the placement of the options, I was not lost at all, which is a great thing.

Even the game introductions with the commentator presenting the team, to the overview of the ice, to the goalies presentation, it feels like an adaptation of something that is seen already on the market, but adapted to this world.  It does not feel out-of-place at all. 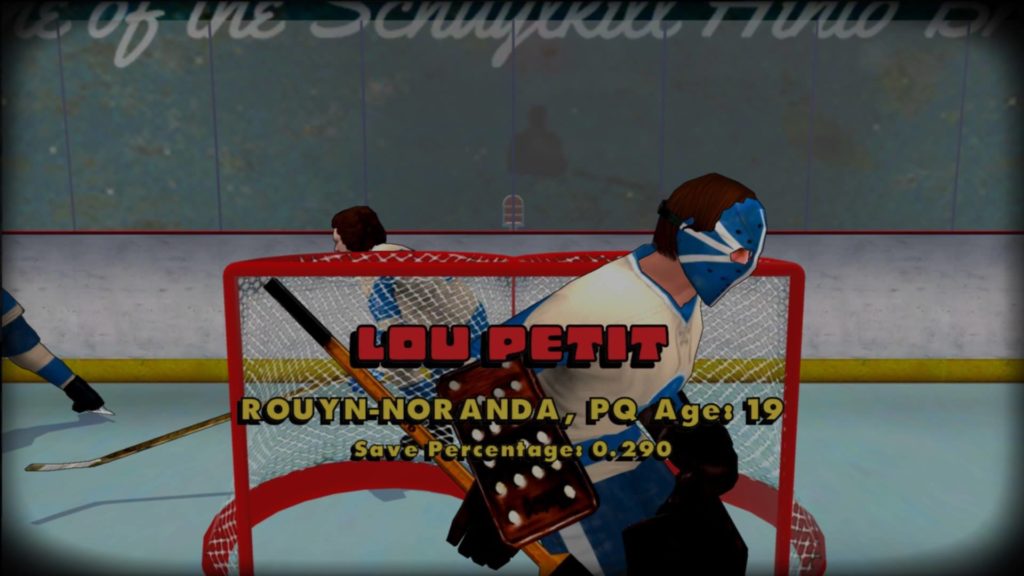 There are only two gameplay modes in the game: exhibition and story mode. Exhibition is fairly simple: you play one game, you set up your team, your rules, your options and you go for it. Story mode is the equivalent of the full season mode of the other sports game.  You have a full season of hockey to play. In addition to having your typical calendar schedule, during each game you have special objectives to try for. If you’re able to do it, you’ll get neat unlockables/collectibles that you can have a look later. 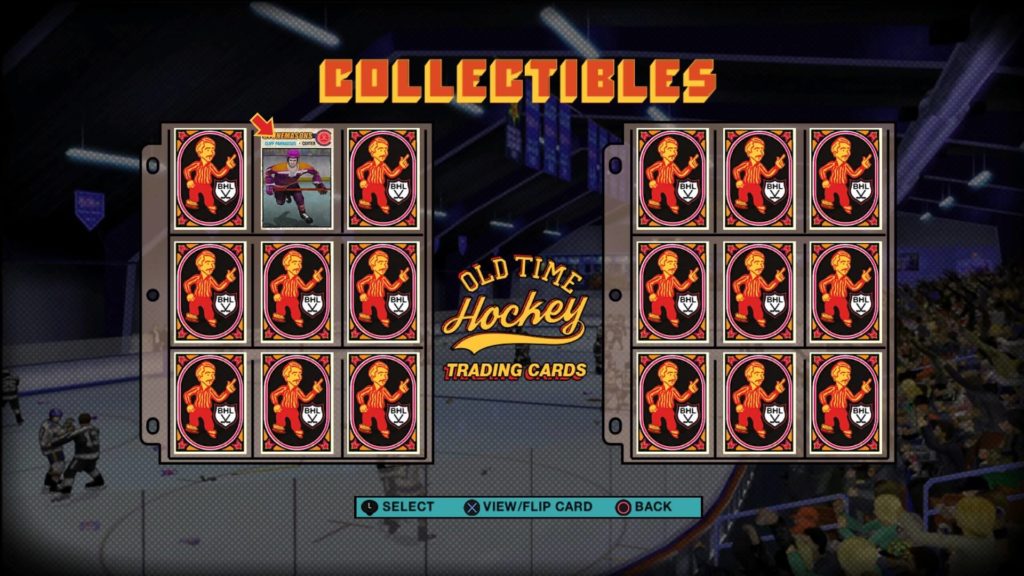 There is one detail that I hated. It is mentioned that the game can be played using the old type of controls for hockey, using the “one button to pass, one button to shoot” control scheme. When I saw this, I thought that it would be a good way for me to play the story mode. I couldn’t. The option to change control scheme was locked. It was infuriating, because like I mentioned earlier, I’m the type of person for whom the new control scheme is too complicated. I was then forced to control my team using something which is similar to the actual control scheme of NHL games. I really didn’t appreciate it. 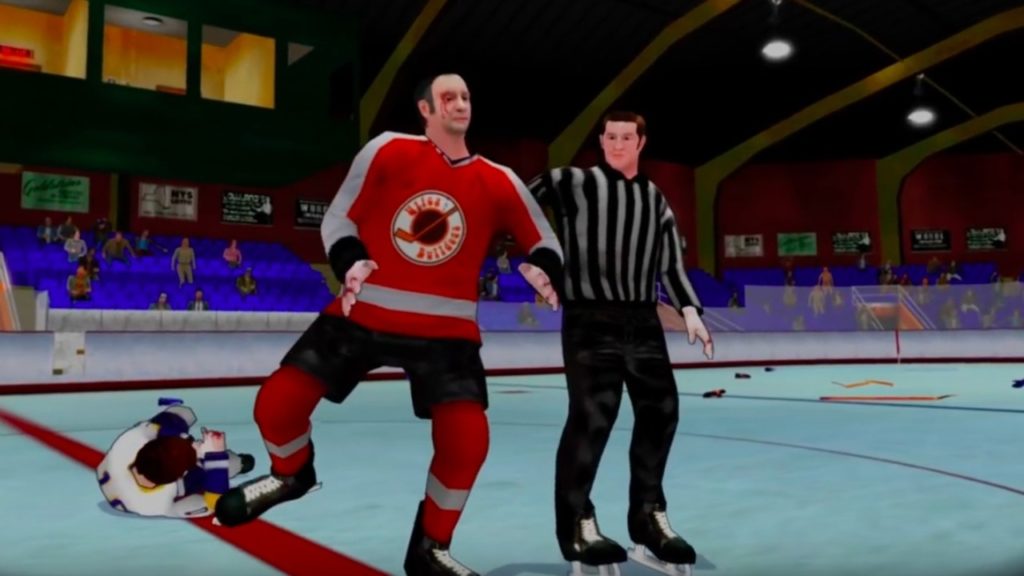 During the games, everything is build on the idea of it being an arcade game, with a Slap Shot/goon feeling to it. On big hits on players, there can be blood on both the ice and the players. During a fight, it can very often happens that a single one just escalates to a general melee. I can go as far as saying that it sometimes felt like the game Hit The Ice.  The decades-old game though is better that this one, unfortunately.

When a game is made by a small developer, we are usually more inclined to forgive the facts that the graphics are maybe not on the same level as the other games, or the animations are a bit sloppier.  My expectations were not really high for this title.  I was expecting something reminiscent of the NHL games of the 90’s, the Super Nintendo ones, going for the art style more inspired by the sprite-based games.

The developers went for the full 3D characters in the same vein of the PlayStation 1 era, and it shows.  The players are very flat, making everything looks like it’s a Flash game. Animations are also very sloppy. Overall, for me, it was so low quality that it became distracting. 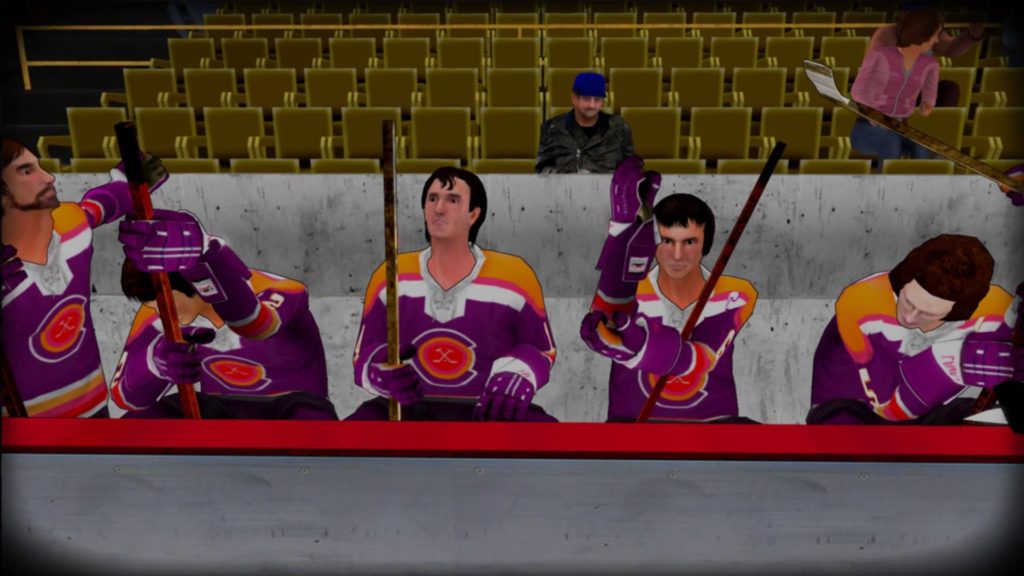 For the arcade aspect of the gameplay, the developers went for a NBA JAM look, with lots of cartoon effects. A very fast slap-shot for a goal will make the goal itself burn. A strong body-check will have the player jump in the air with a little BANG bubble next to it.  There are many more things like that. Even the play-by-play commentator is going with this style, with a very expressive pitch full of “OH” and “BOOM”. In the long term though, I though it was too much and it became more tiring than entertaining. It became a bad joke when comments were also a couple of seconds late, especially when a goal occurred. 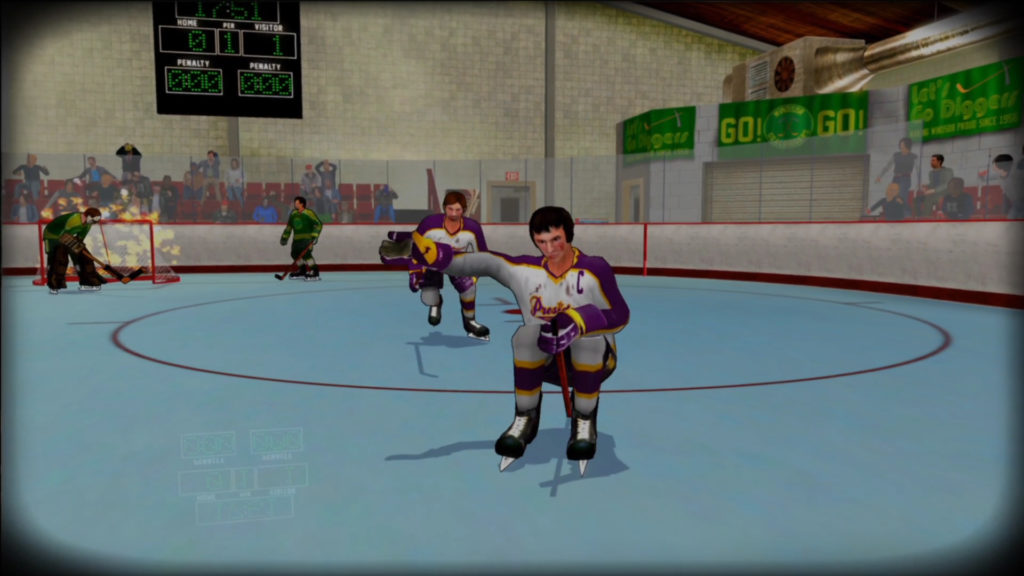 There is nothing particular to mention about the sound effects. Nothing atrocious, but nothing spectacular either. Everything in the soundtrack is inspired by the 70’s or actual songs from the 70’s, which made this setting really work. For those that are curious, I made a screen capture of all the songs I was able to listen to. 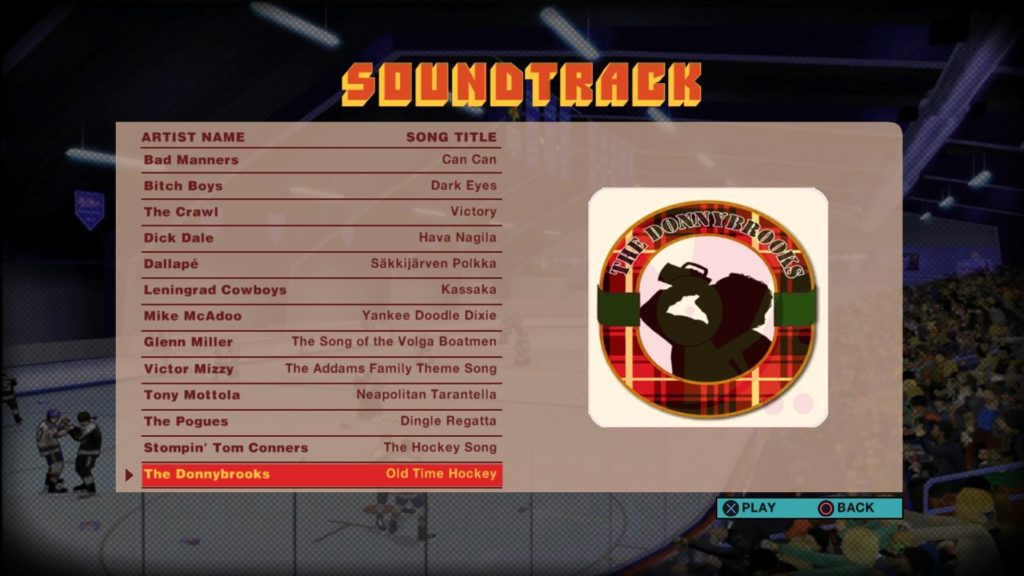 To summarize, I was mostly disappointed by my experience. For every nice presentation aspect, a very bad gameplay hindrance came crawling. I wanted to love this game but it just made me nostalgic for the games I played as a teenager. I salute the efforts in term of artistic design and idea, however, next time I hope the content of the package will be as good as the package itself.