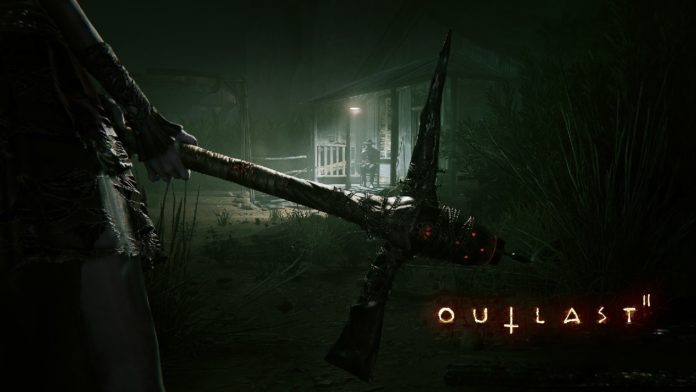 First announced back in October 2014, Outlast 2 has been in development for quite some time now. However, it looks like horror fans won’t be waiting much longer. Red Barrels, the developers of the game, announced today on Twitter that Outlast 2 will release on April 25th.

Welcome to Temple Gate. Outlast 2 will be available digitally on PC, XBOX One and Playstation 4 on April 25th. pic.twitter.com/EFzYowzhay

The first Outlast was fairly well received with its nightmarish insane asylum and hideous foes. This time around, players take the role of a journalist named Blake Langermann, investigating a murder in a rural area. The disturbing group he encounters seems isolated from the outside world and obsessed with the apocalypse from the Book of Revelation.

However, there’s another neat twist to the horror factor. Blake is nearsighted, wearing glasses. Certain enemies or events will knock them off his head. When this happens, the screen gets very blurry. As someone who personally wears glasses, that hits especially and uncomfortably close.

As a fan of horror titles in general, I’ll definitely be checking this one out. The idea of an apocalyptic cult is simply more terrifying, at least to me. If you’d like to check out the teasers released so far, check here.

However, if you aren’t fond of games with disturbing concepts, it’s probably best to stay away. Outlast 2 releases on April 25th for PlayStation 4, PC and Xbox One.