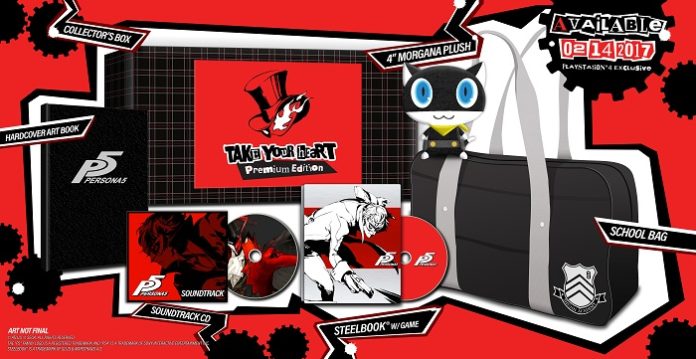 April 4th marks the date of the worldwide release of Persona 5, which is a PlayStation exclusive RPG.

The levels of hype and anticipation surrounding the release of this game in North America and Europe has seen many rush out and secure their pre-order through various sites such as Amazon. 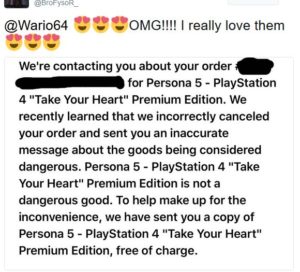 Sadly, for some of these eager pre-ordering franchise fans, their pre-order was cancelled because an error that marked the Take Your Heart Premium Edition of the game as containing “dangerous goods”.

Amazon has since identified this mistake and have begun sending out emails to various customers that were affected by this, advising them that their copy of Persona 5: Take Your Heart Premium Edition, will be supplied to them free of charge to make up for the inconvenience caused.

If you were subject to this issue we suggest you keep an eye out for an email from Amazon as you may be in for a very pleasant surprise.

Remember when Amazon was cancelling Persona 5 Take Your Heart Editions a week or two ago? They're giving it for free for inconvenience https://t.co/PxOn0hNgqU

Thanks for the heads up @Wario64