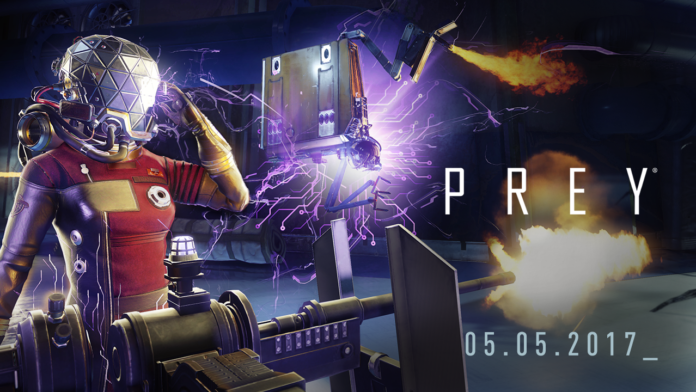 The newest developer video for Prey from Arkane Studios has dropped recently. In what seems to be a weekly event in the run up to Prey’s release in May, the developers spend a little time exploring more and more of the new world of Prey. This week’s video is looking at “Playing with Powers”. It explores the various different powers that you will be able to wield as you fight through the space station defeating aliens.

You can check out the new developer video on Arkane’s YouTube page, or below (it’s easier):

If you’ve played Bioshock or Dishonored some of these powers will seem familiar. Don’t forget that Arkane’s lead title is the Dishonored series, so it stands to reason they were influenced from that. Some of the developers also spent some time on Bioshock 2. It’s easy to see where the inspirations come from. The environment feels very Bioshock-y and that’s not bad thing at all.

The powers look super fun regardless. You will be able to augment your body by sticking a scary long-ass needled device directly into your brain via your eyes. Doing so gives you enhanced abilities. You start with ‘human powers’ which could be increases to your hacking and movement abilities. Eventually you will be able to harness the abilities of the aliens that are trying to maim you. The more you do, however, the more you are recognised as an alien by the automated security on the ship. Another highlight is the ability to possess items like mugs and bananas to help solve puzzles or carry on exploring.

I really hope there’s an achievement for trying to complete the game as a pencil or something. Either way, the more I see of this game, the more I can’t wait to play.

Prey releases on Xbox One, PS4 and PC on May 5th.