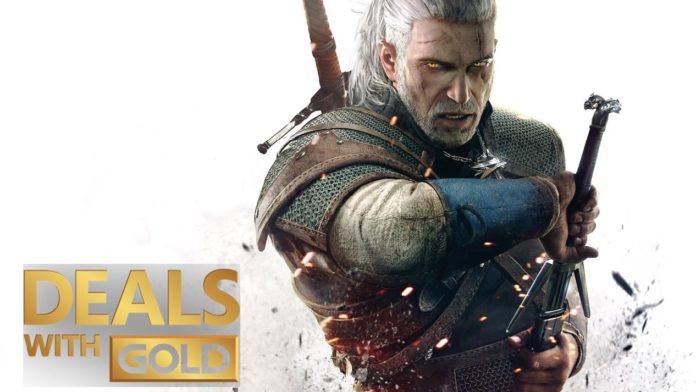 A new week is here with new Deals with Gold, courtesy of Major Nelson. Quite a few of sales are actually carried over from last week due to EA’s ongoing publisher sale. As such, titles like Battlefield 1 and Titanfall 2 still have respectable discounts, if you’re in the mood for a shooter. Zombies are also in season, as Dead Rising 4 has 35%-40%, depending on the version you choose. Some backwards compatible games like Red Dead Redemption are also on sale, if you’re looking at some 360 titles. None of these particularly save Deals with Gold or make it stand out though.

However, there is one title that most definitely does. The official RGM recommendation this week is unquestionably The Witcher 3: Wild Hunt – Complete Edition. This title is my personal favorite this entire console generation. Hunting and slaying monsters as Geralt, exploring the Northern Kingdoms that have been ravaged by war, bonding with the countless incredible characters, this is a game like no other. This is a dark, mature world very unlike any fairytale. If you are a fan of role-playing titles, Celtic or Slavic mythology, or even just monsters and mayhem, you need to try this game out. The Complete Edition includes the main game plus every expansion released for 50% off, just $25. That’s well over 200 hours of gameplay for a single playthrough. It’s well worth it.

The most awarded game of 2015! Become a monster slayer for hire and embark on an epic journey to track down the child of prophecy, a living weapon capable of untold destruction. INCLUDES ALL EXPANSIONS AND ADDITIONAL CONTENT.