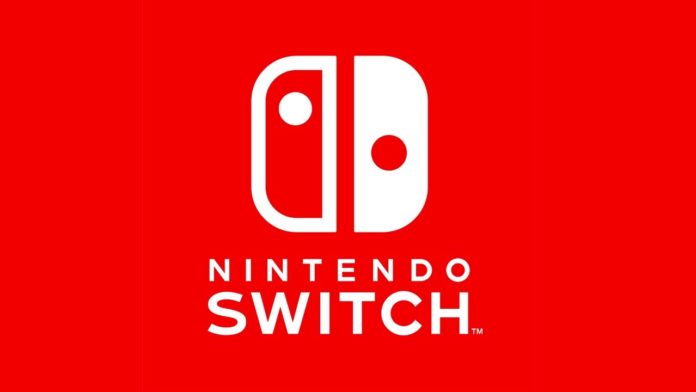 So the Nintendo Switch has been out just a little over a week. In that time there have been top score for Legend of Zelda: Breath of the Wild, synching issues with the Joy-Cons and some dubious denials from Nintendo relating to dead pixels. Still, it’s an exciting, brand new device with some extremely interesting features. I have had the pleasure of playing around with my Nintendo Switch since launch. I thought I would share 11 things that I’ve learned over the last week.

1. Legend of Zelda: Breath of the Wild may well be the best game I have ever played.

This is something that you may have seen elsewhere, but this just reinforces the point. Breath of the Wild is just THAT good! I’m doing my best to get through it as quick as possible for a review. Even at this relatively early stage, for a game on this scale, it’s incredible. I haven’t fully gone through a Legend of Zelda game since Wind Waker. It’s been amazing to get back into the world of Hyrule and work to defeat Ganon again.

There are some things that don’t completely gel with me, I’m not sure on the breakable weapons thing and there’s couple of questionable themes (is the theme of suicide needed in a Zelda game?). Despite this, there’s so much character, fun elements and gameplay to overlook all of this. I seriously feel that anyone who is slightly interested should give it a go. If you pick up a Switch without Zelda I will be flabbergasted.

2. Transitioning between ‘Handheld’ and ‘TV’ mode is seamless.

I love how easy it is to ‘Switch’. Pop it in, take it out, no delay, no dramas. I have used both modes extensively and I do have a preference for TV mode. For extended play sessions I used TV mode and that tends to be my preference. Though I do love how easy it is to just pick up the console and carry on playing. Having done it several times, there aren’t any marks on the screen either. Not quite sure how they these screens are getting scratched but isn’t something I have experienced myself. I did apply a screen protector before I even pressed the power button though.

This is especially true of my lunch breaks at work. Because I can take the console with me easily, my lunch breaks at work feel much more productive, in a leisurely sense. I would normally eat my lunch and then flip between Facebook and Twitter until my time was over. Now, I eat my lunch and spend nearly half an hour on Breath of the Wild. As the Switch is awesome at just suspending the game, rather than resetting it, I pick off immediately where I was. Unless you change the game of course.

4. The pro controller is a must.

I was in two minds as to whether I should get the Nintendo Switch Pro controller. It isn’t cheap at $69.99/£64.99 but it looks great and it feels fantastic. If you’re spending any extended amount of time with Zelda and the like then I can’t recommend it enough. It is possibly on of the most comfortable controllers Nintendo has made. I haven’t even used the Joy-Con grip as of yet. Plus I have an additional (complete) controller! 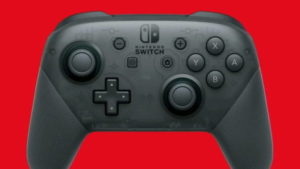 5. The multiple controller options are a godsend.

A couple of occasions over the last week I have found my need to ‘switch’ between the control methods I’ve used. One notable one has been when I’ve headed to bed but haven’t felt tired and wanted to play for a bit longer. On occasion my girlfriend will want to cuddle me while she falls asleep. Of course, in the past this would take up one of my arms, rendering it unable to play games. However, when you detach the Joy-Cons from the Switch I can have them separate and continue playing without disturbing my girlfriend. I just balance the console in front of me on my stomach and against the duvet. Be creative!

6. In handheld mode, I haven’t managed to deplete the battery as yet.

During a standard week, heading to work and coming home. I have yet to wear out the battery as yet. I have heard that playing Breath of the Wild usually affords you, on average, three hours of gameplay on Switch. Of course, I haven’t had the luxury of playing for three hours at work and when I get home the unit is charging until I need it again. Of course, I haven’t had any extended excursions as of yet and I know that will be a different experience. Though it is reassuring to know that I needn’t worry about running out of juice on a day-to-day basis. Even at home, when using handheld mode, the time I use it hasn’t meant I have run out of power.

7. I don’t feel comfortable having my Switch out in public.

At work, at home, with friends etc. I have no problem showing off the machine. The console is in a safe environment. I know where I can keep it and it will stay there and safely. I can’t ever see myself sat in a Starbucks or some other public location whilst killing time. There’s a couple of reasons. In a familiar environment, there’s less chance of me breaking it, I’ll have places I can keep it; in a drawer at work, in the dock at home. Taking it around in a backpack or shoulder bag in the real world has an increased chance of breaking it, crushing it or getting it wet (weather dependent). On top of that there is a chance of getting it stolen, either from my bag (pickpockets) or just being out right mugged. 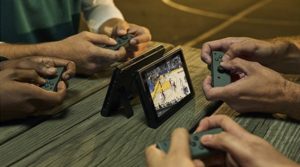 I read somewhere that the Switch is a console for humans, not gamers. The problem is, I don’t 100% trust the general populace. I know for the extreme majority, everyone is fine, but I know that there are some less respectable persons out there. The scumbags who will harass you for daring to enjoy yourself or living your life, and the scumbags who’ll see an opportunity. As the console is so hard to get at the moment, the value of it is higher than the retail value. I don’t doubt that someone will have their Switch stolen and sold on. Maybe I’m being overly cautious/anxious about this but I don’t want to go through that emotional, physical and financial trauma of having my new console stolen.

I have spent a long time playing Xbox, both on 360 and Xbox One. One of my favorite features of these consoles is the achievement systems. There’s something very satisfying about the ‘achievement pop’ when you’re successful in a significant (and sometimes not so much) milestone of a game. I am a self-confessed achievement whore and ok with it. However, I do wish Nintendo had adopted a similar system. Sony implemented ‘trophies’ and I remember that Nintendo did briefly dabble with an in-game system. There is a rewards system, you earn credit for My Nintendo through games purchased and length of time played. Despite this, I can’t help miss that ‘pop’. Maybe it’s freeing, maybe it will assist me with my obsession to 100% all my games for all the achievements. I don’t see it as a problem, maybe I need to go to a group meeting at ‘Achievements Anonymous’.

9. I bought three games and I’ve only needed one

On launch I picked up The Legend of Zelda: Breath of the Wild, 1 2 Switch and Super Bomberman R. A week in and two games remain untouched sat on the shelf. 1 2 Switch is ready to go but I haven’t had anyone to play with. My girlfriend has been away and almost every game requires two players at least. So I have yet to try it out. Super Bomberman R is still in its wrapping. It’s potentially going back to the shop if I can’t afford food. I’m not sure $50/£50 is reasonable considering my Xbox 360 version was only 20% of that price. I’m planning on giving 1 2 Switch a go, but I do get the impression that it should have been a free title included with the machine, as Wii Sports was with the Wii.

When seeing the Switch, people are genuinely interested and impressed with what I’ve shown them. Having a genuine interest myself, I’ve been able to show it off and talk through the console to people. With this in mind, I feel it would have helped Nintendo if they demoed the machine. They did with the Wii, I remember working in storefronts before the Wii came out. Giving people the opportunity to have a go and see what the console was about. Showing off the machine and raising the excitement. To fully appreciate the Switch I think this would help.

11. I am using the screenshot feature much more than I ever thought I would.

To be honest, I never saw the appeal when they announced it. Same with the PS4’s ‘share’ button. It is super easy to capture a screenshot as well as edit it and share it on Facebook and Twitter. I like getting impressive images and shots that show off Zelda. I can show them to my friends so they can see more of the game than they might from my current location at the time. Annoyingly, the file type isn’t one that is commonplace, so you have to change the filename to make it workable. Not a huge issue, just a bit faffy.

So that’s my Switch experience in a nutshell. I have had no experience of Joy-Con desynching issue, scratched screen or dead pixels. My first week of Switch has been a joy and I’m sure I will be playing it excessively. That’s saying something given the last two Nintendo machines. I spent very little time playing them. The additional features and gimmicks are there, but you don’t need to use them. In fact I turned off the motion controlled arrow aiming in Zelda fairly quickly.

I have lot left to learn. I’ll be sure to report back any new things I discover.