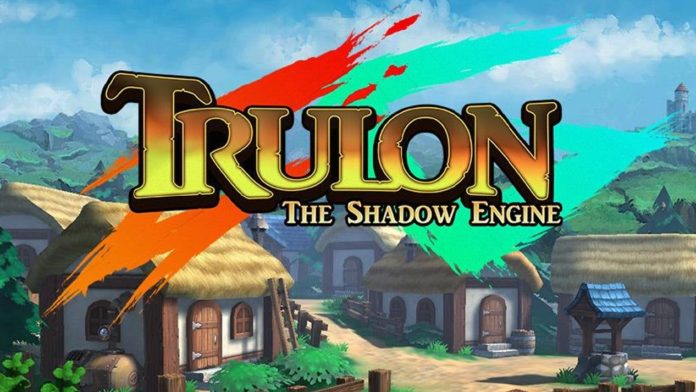 Developed by Kyy Games and published by Headup Games, Trulon: The Shadow Engine is an isometric RPG. This world, the continent of Trulon, is composed primarily of two kingdoms: the countryside of Tripudia and the steampunk kingdom of Maelon. Through harnessing duel energies of Oin and Oian, the Technomages of Trulon create magical substances called Gaudium and Dolorum. Players take control of a young woman named Gladia, who we’re told (through a series of comic-style flashbacks) has trained all her life to hunt monsters.

One day, she leaves her home to visit a nearby village. There, she is told of a plight by the mayor; monsters are swarming in the woods and many villagers have fallen ill to a mysterious sickness. From there, the plot thickens as Gladia is joined by three quirky compatriots, searching far and wide for answers.

In your wandering, Gladia and her compatriots will often be forced to fight various creatures. They might be guards, raiders, monsters or more. Combat is handled through a turn-based card game system. Different cards have different special effects such as boosting damage or affecting the turn order. 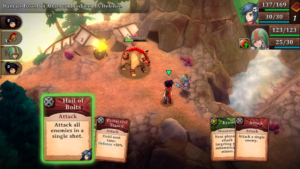 Some cards can be used by any characters, others might be limited to those in the party who can cast magic. Certain special cards deplete your stock of Guadium.

While some battles are fairly trivial, many are quite challenging. Even when planning out my cards several rounds in advance, I’d win many fights with almost no health left. Health regenerates immediately after combat ends, however, Guadium does not. That said, I never ran into a situation where I completely ran out of Guadium, as replenishing orbs are scattered in practically every location.

You’ll also encounter puzzles, such as needing to dodge sentries and disable sensors or even quest hints that come in the form of riddles. These sections, while scarce, help break up the combat pieces and are always welcome. 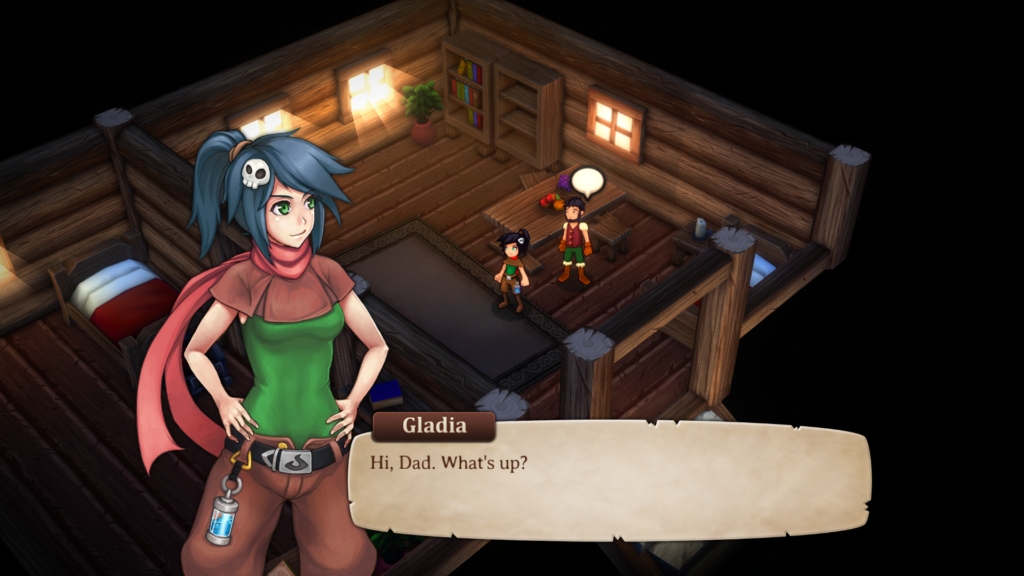 The story is, if I’m being perfectly honest, fairly simple. Obstructive bureaucrats, a plucky youngster in the crew, a shadowy, ominous empire. However, none of it is necessarily bad by any means. It just doesn’t take any real risks in my opinion.  It’s a fascinating world, with interesting lore behind just how everything functions. I also thought the Gladia was an enjoyable protagonist, though a lack of voice acting means it can be difficult to relate to the situations she goes through emotionally.

Trulon: The Shadow Engine is an isometric RPG. The art style is similar to many others of its genre. It’s a mobile port however and it shows. Textures look fairly basic, with bizarre pop-in every now and again. The viewpoint does work well, letting you control Gladia and move her around the map wherever your journey takes you. Just Gladia, as her companions are, weirdly enough, not shown on-screen unless needed for a cutscene or combat. 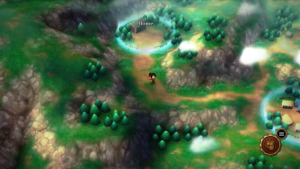 This makes sudden banter and conversations while traveling extremely jarring.

When walking between major areas, like different villages, it switches to a retro-style display that is actually endearing. Unfortunately, this is where some major issues begin to appear. Whenever you travel to a new area, there are frequent stuttering problems and framerate hitches for several seconds. This also occurs whenever opening a chest (there are a LOT of chests) or even talking to some NPCs. It gets worse from there. Sometimes, Gladia will phase through an object like a door or other characters, becoming trapped. There is no way out except to reload an autosave, which the game is at least fairly merciful about providing.

The soundtrack is very soothing initially, with music that fits the rolling hills, rivers and peaceful valleys of Tripudia. There is a more energetic beat that crops up when you enter combat, though it repeats itself somewhat obnoxiously. When you get to the dark, mechanical land of Maelon, there’s a huge tone shift in the sound and music.

It really helps to hammer home just how desolate the land has become and how forlorn the people are. Again, however, you’ll quickly realize you are hearing the same sounds over and over. It’s a shame, because the soundtrack is arguably a highlight of the game.

There’s a handful of achievements you might miss the first time around, such as beating the game in under five hours. There’s a variety of side quests as well, however, they are all the generic fetch quests variety, almost insultingly so. One early quest has you pick a radish for a woman. A radish that is barely thirty feet away, in the same village. There’s no branching paths or alternate solutions, only finding whatever item someone needs and bringing it back to them. This is a real disappointment, because the world brims with lore and potential. It’s not a lack of interesting source material holding the quests back.