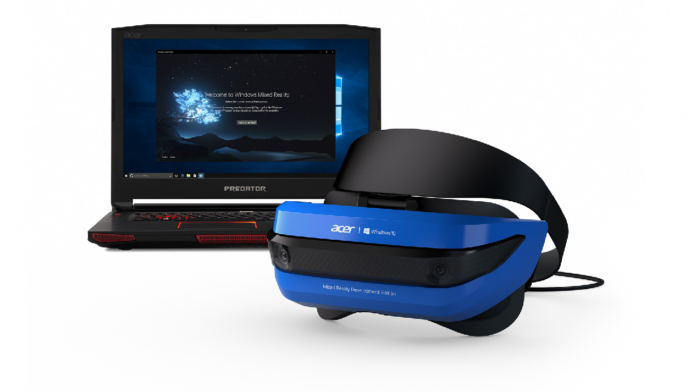 We received more information today on Microsoft’s upcoming Windows VR plans. At GDC (Game Developers Conference) they showed off their new Windows Mixed Reality dev kits. These headsets (pictured above) are developed by Acer and will begin shipping to VR developers this month, however, no potential consumer launch was mentioned. Unlike current VR headsets, these require no external sensors or cameras, all the tracking is built-in.

Here are the full specs:

If you are a game developer who’s interested in producing content for the headset, there’s great news. Microsoft will be using the [email protected] program for anyone who wants to develop Windows Mixed Reality software. In addition to Windows 10 PCs, Microsoft confirmed that “Our plan is to bring mixed reality content to the Xbox One family of devices, including Project Scorpio, in 2018.”

With the recent troubles plaguing Oculus Rift, Microsoft could possibly leap forward in market share provided they play this right. The specs are good and the tech isn’t cumbersome, however obviously software support will be most important. If the price is reasonable and there is strong content, I can see this being a big push for VR. That said, PSVR is selling decently, so it will be very interesting to see exactly how the VR market evolves in the coming months. Hopefully we won’t be waiting too long before we get more information on Microsoft’s plans for VR.