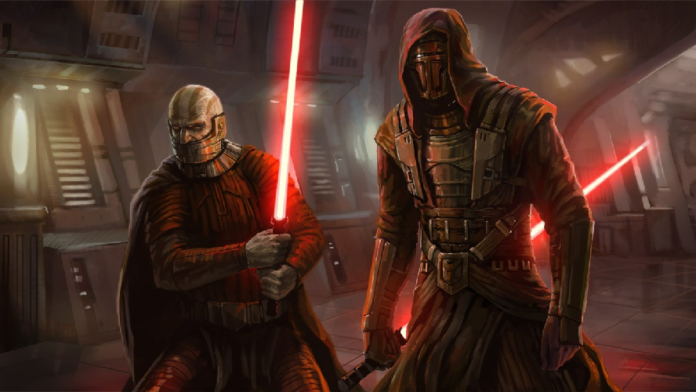 A Knights of the Old Republic (KOTOR) remake is something many gamers have hoped would happen for a very long time. The original game is still beloved by gamers, so a remake would make perfect sense. Generally, it’s been considered little more than a pipe dream. However, according to gaming journalist Liam Robertson via Star Wars News Net, it’s possible a KOTOR remake is in development. Here’s what he said on his patreon:

“I’ve learned now that [BioWare Austin is] pretty much now exclusively working on Star Wars games and they’re going to be doing that for the indefinite future,” he said during a podcast segment. “What they’re currently working on right now—and I have this on good authority—is a sort of remake/revival of Knights of the Old Republic. I don’t know when this is set to come out, but it has been in development for a little while now. I don’t really know how that game’ll end up,” he said. “I’ve heard that it isn’t exactly a remake anymore, but it started as a remake/revival. Now it’s kind of going from that blueprint in sort of its own original thing. I guess we’ll see what that turns out to be, but they are prototyping it right now.”

This is certainly interesting and exciting, assuming it’s true. Liam goes on to explain why he thinks this is happening and how it fits with the revised Star Wars canon.

“I think this is sort of like wiping the slate clean… I think this is going to embrace the new Star Wars universe lore because Knights of the Old Republic was sort of just pushed into the expanded universe, the Legends canon of Star Wars.”

Now, it’s incredibly important to stress that this is nothing but rumor. However, I certainly think it’s worth keeping an eye on. As a huge fan of the original KOTOR, I sincerely hope this is real. Hopefully we’ll find out if this is real soon enough.