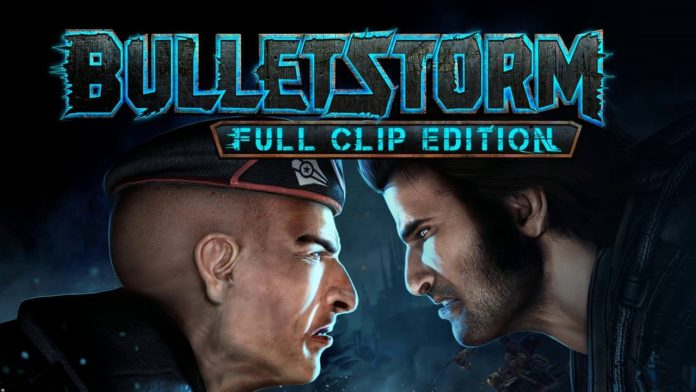 Did you ever play Bulletstorm? The high octane, over the top, shooter from People Can Fly? if not well you’ve got another chance. Bulletstorm: The Full Clip Edition, a shiny upgrade to the original release, comes out April 7th (this Friday for those without a calendar) and it’s looking fairly tasty.

I know what you might be thinking; why another remaster? Well, as with many a remaster there is usually more to it than just trying to pump money from potential customers. As was my suspicion with Gears of War: Ultimate Edition and other remaster titles, there’s usually an element of gauging gamer interest. Presumably, it is far cheaper to put together an upgraded version of a previous title that already exists than building a whole new sequel from scratch. Save for doing a Kickstarter, how else will you know, as a developer, that the time and money you have put in will be worth it?

Gears 4 and Halo 5 maybe good examples. If The Master Chief Collection and Gears Of War: Ultimate Edition had failed, would there sequels have been released? Probably, but for smaller developers a commercial failure could mean game over. A re-release introduces new gamers to a pre-existing franchise. That’s something I’m all for, especially if it’s a worthwhile franchise. Of course, there are the occasional gratuitous re-releases when you have to really ask whether a ‘remaster’ is necessary.

For People Can Fly and Gearbox, the publishers, The Full Clip Edition‘s success may well determine whether we ever see a sequel to Bulletstorm. This information was recently affirmed by DualShockers in an interview with Meredith Hershey and Vincent Slaven of Gearbox.

“Because game development is so expensive – they [People Can Fly] want to put this out to see like ‘Do people still want Bulletstorm?’ Is there like a different climate now that would be more receptive? And if it is, there is definitely, probably gonna be an option for a Bulletstorm 2 following this.”

In the interview, they also discuss the over saturation of the FPS market in 2011 when Bulletstorm first came out.

“Back in 2011 there was kind of a lot of first-person shooters that were coming out and [Bulletstorm] might have gotten a little lost in the fray. I think its ‘uniqueness’ is maybe more on display this time because there’s not as much kind of ‘clouding’ in the industry right now.”

Interestingly, it seems there will also be more features in this version of Bulletstorm than in the first iteration. In the interview, Hershey spoke of the limitations of the technology in 2011 and how with the new consoles, People Can Fly, are able to add in these new features. It is also an opportunity to give the Bulletstorm franchise a “second chance”.

Personally, I am really hoping that The Full Clip Edition is successful. There’s a lot of repetition out there at times and something that breaks the mould and thinks outside of the box is always welcome. Plus, playable Duke Nukem!!!

Bulletstorm: The Full Clip Edition releases on April 7th for PS4, Xbox One and PC.